AE111 With A Mission To Serve

Track day or street cruiser? Why not both? 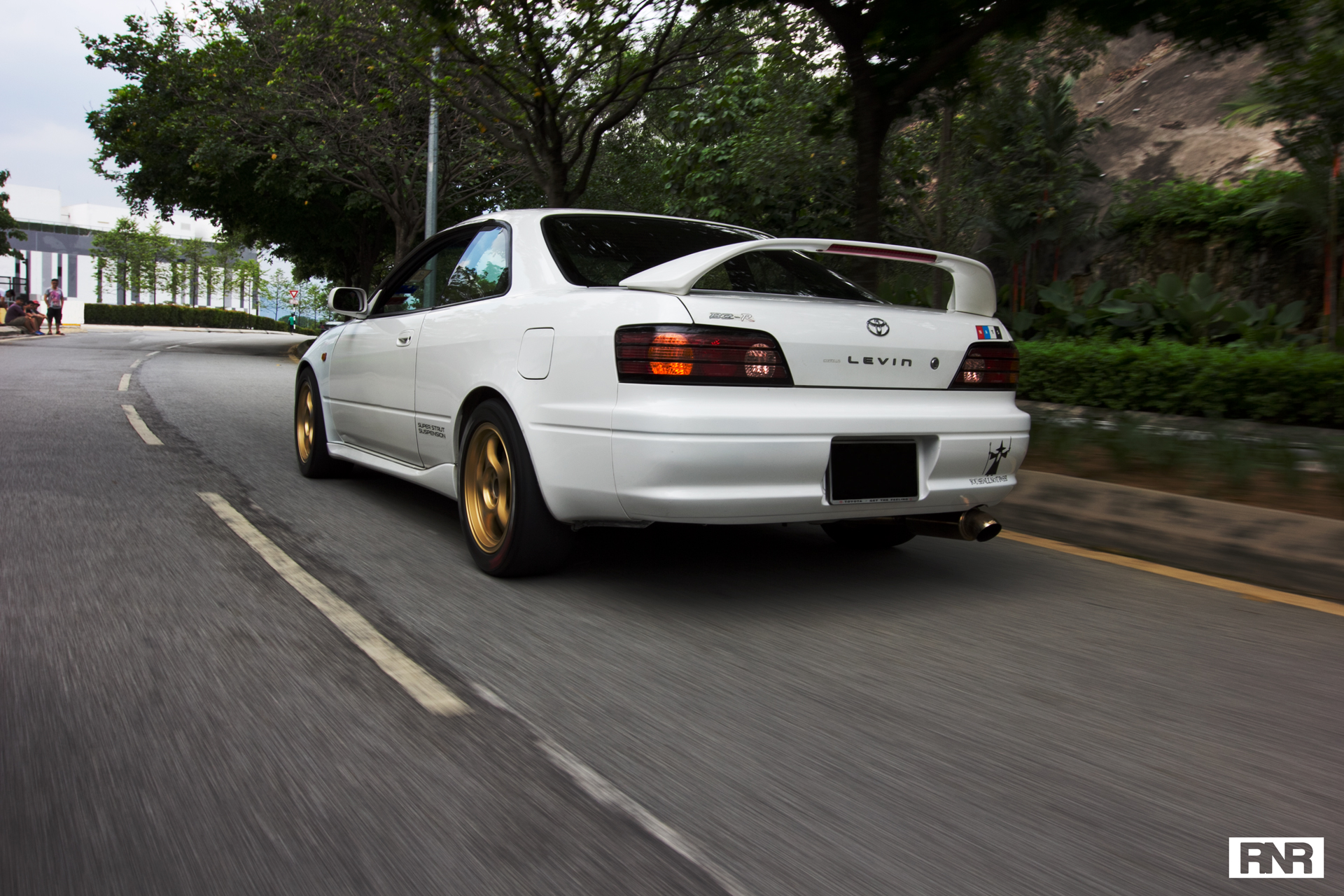 Like the Supra, the Toyota Corolla Levin AE111 is another one of Toyotas timeless models. It may also well be one of the most underrated coupes. The AE111 Corolla Levin BZR variant handles exceptionally well with its SSS (Super Strut Suspension) added with the less-than 1100kg car weight, it makes for a 'funtastic' drive and is an excellent platform for young car enthusiasts. 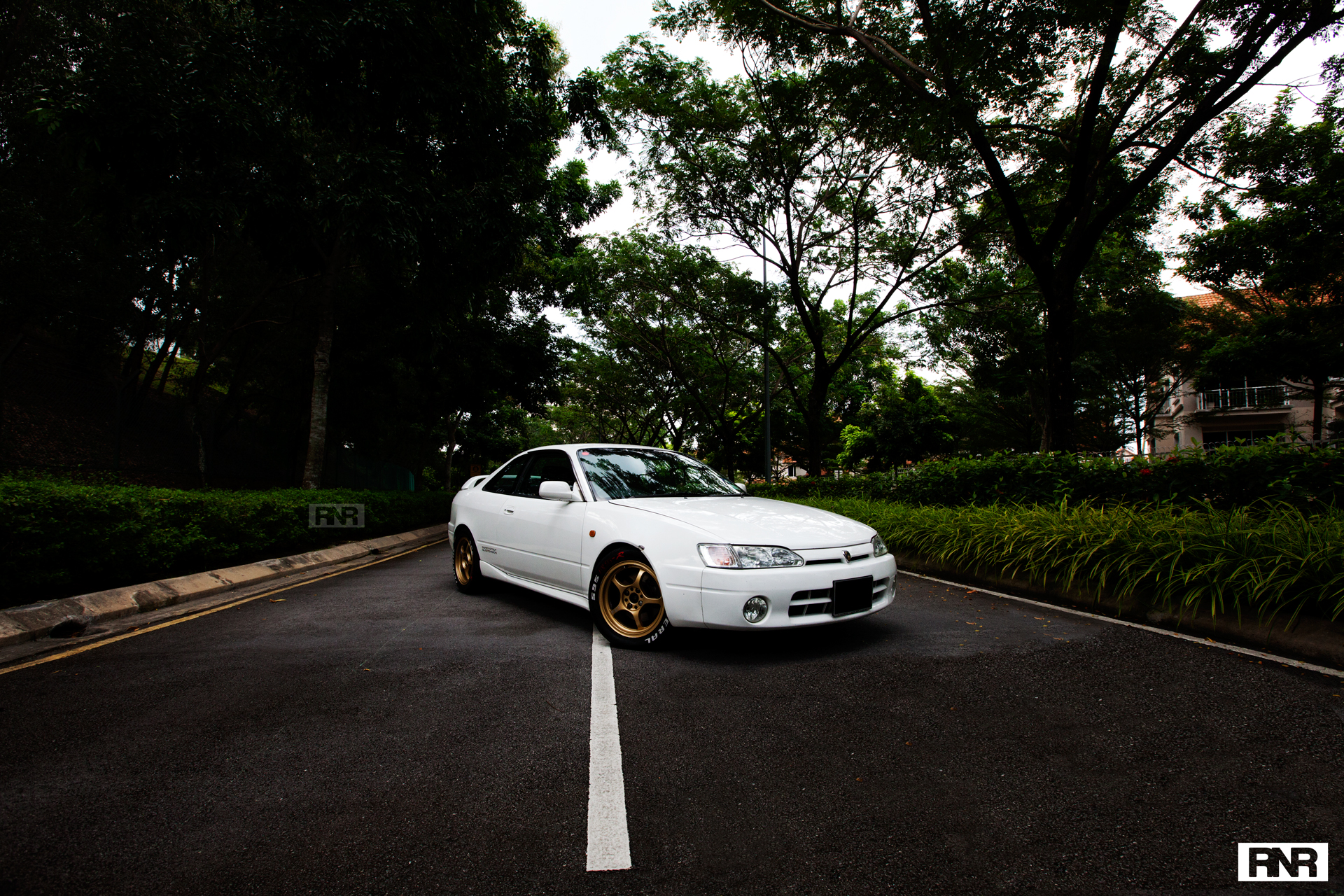 Produced during the golden era of the 4AGE engine, it featured the honarary 20-valve ‘BlackTop’ using the ITB (Individual Throttle Bodies) setup. The 'BlackTop' while producing a decent amount of power right out of the factory, it was also one of the most modification-friendly engines in the market. And it was a flexible power plant too available in both transverse and longitudinal layout, it captured the hearts of many enthusiasts, especially the AE86 and Corolla SE-G crowd in Malaysia. 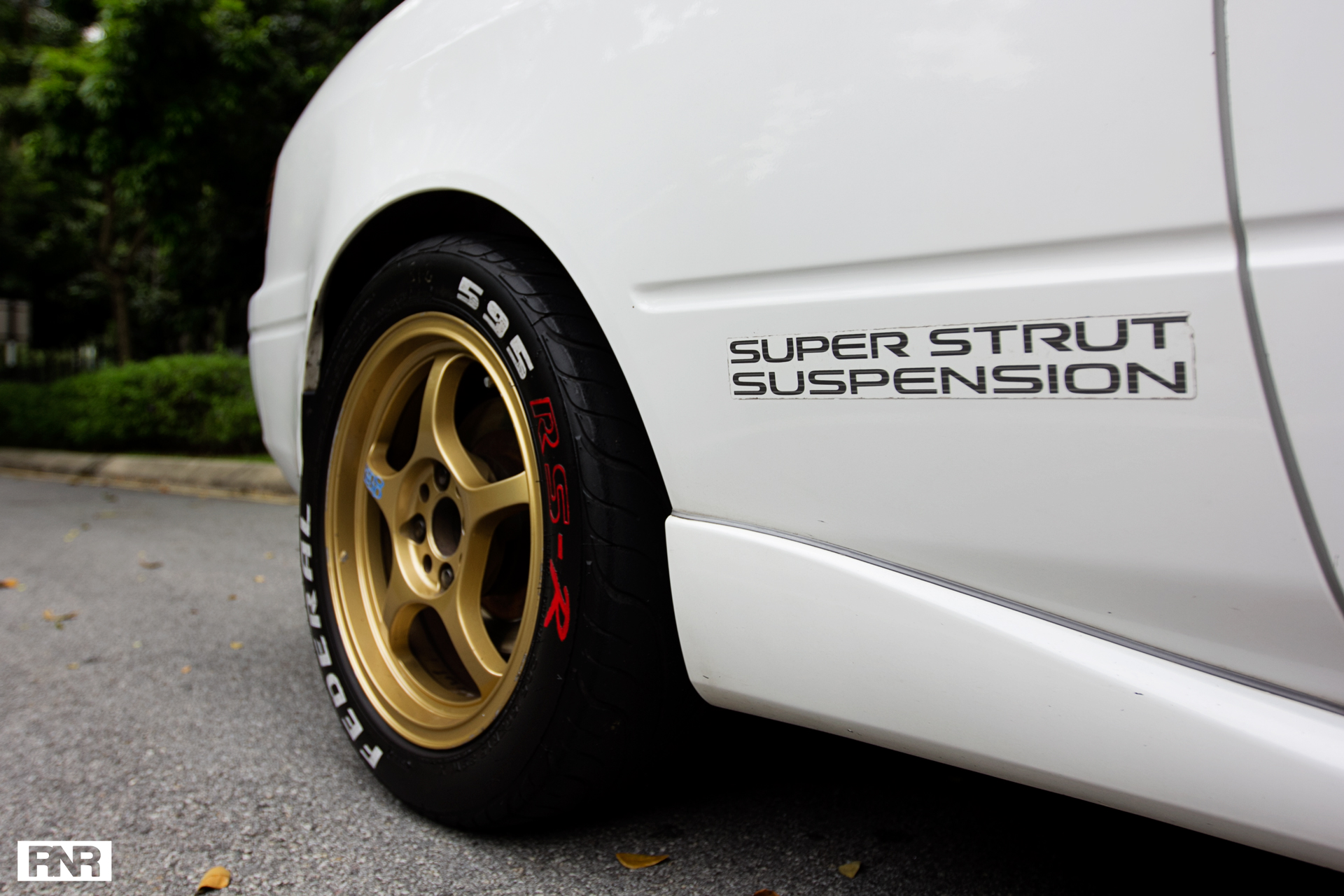 Unfortunately though, the BZR wasn’t made available in Malaysia. Iskandar imported his BZR from the land of the rotary, New Zealand with his student AP. Still smelling like fresh, crisp New Zealand air the car has only been in Malaysia for less than a year. 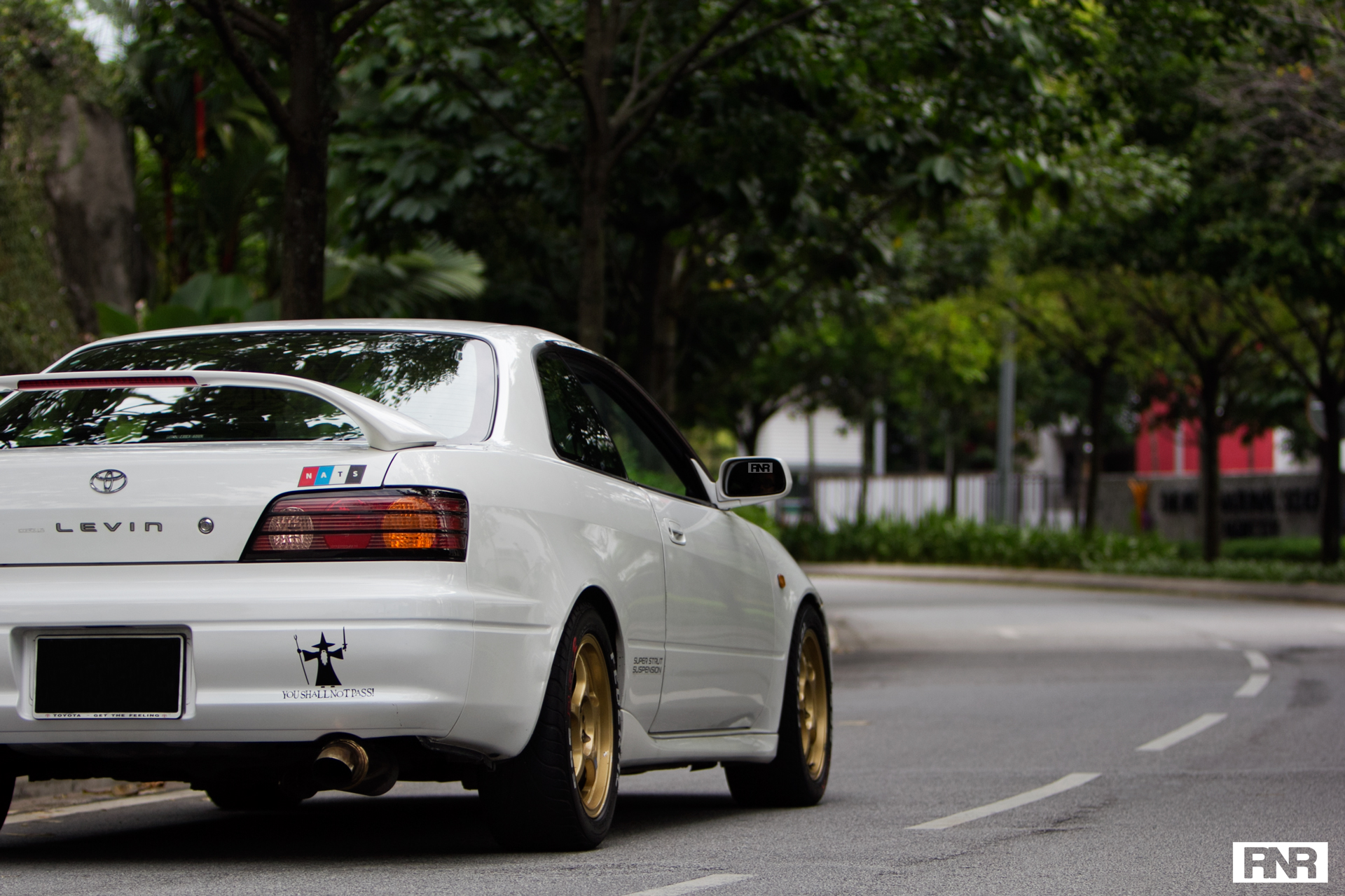 As an avid track day driver, Iskandar tracks his BZR quite frequently catching a few eyes of envy - one of them being me. I first saw the BZR during Ignition.my open track day and on that day there were 3 AE111s. We got in contact after he saw his car in action in the RNR Facebook page. 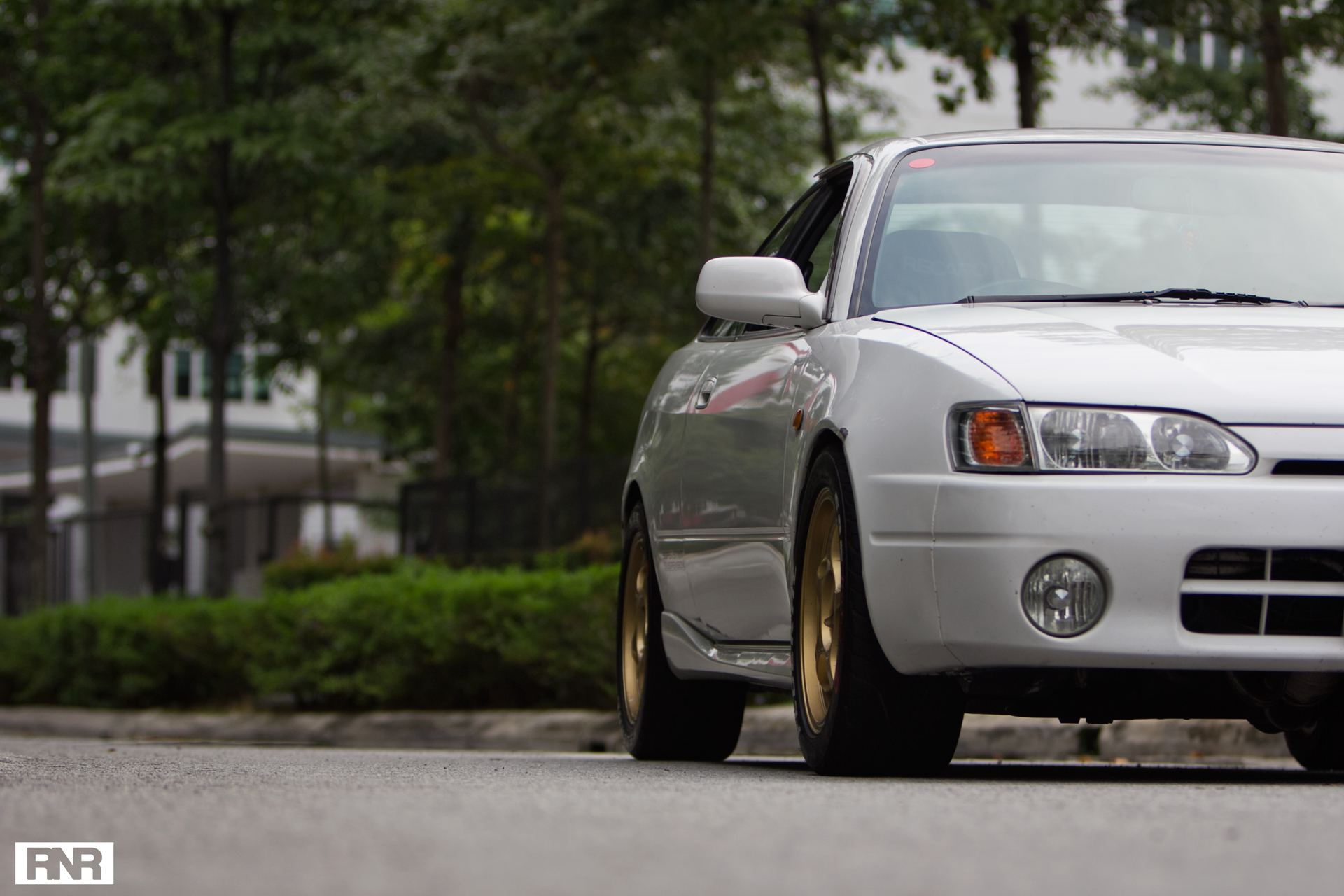 Iskandar has always loved the 4AGE Blacktop but never got around to getting one when he was in Malaysia. However when he had the opportunity to go New Zealand to study, he was surprised to see many AE111s running around. He eventually managed to purchase a BZG which is the lower spec version of the AE111 Corolla Levin’s lineup. That's right, he has TWO AE111s. The Levin-love is strong in this one! 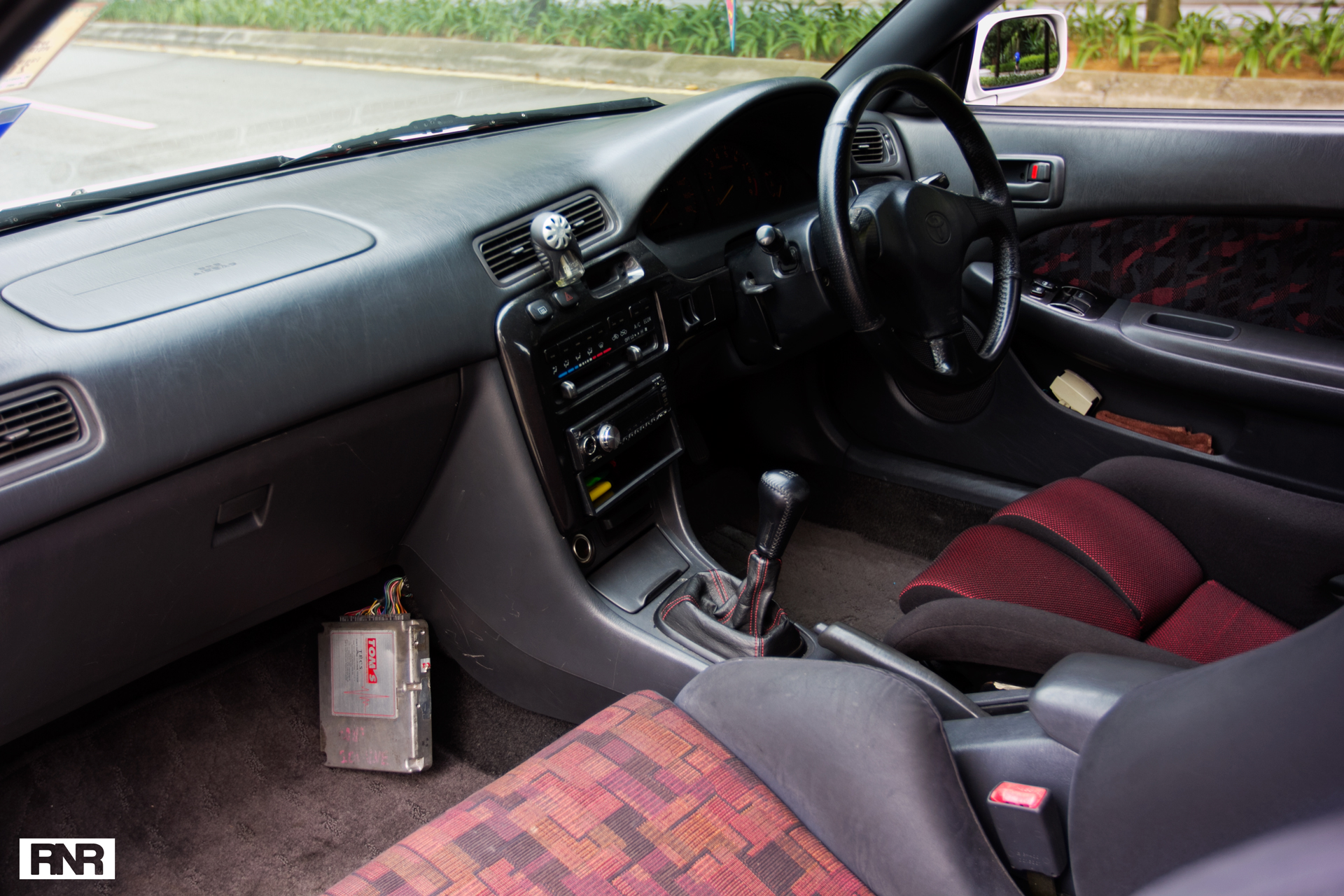 Izkandar later acquired a super mint BZR which we're featuring now. After importing both AE111s back to Malaysia, Iskandar didn't waste anytime with the mods. The BZG was converted into a track car and he started tinkering with the BZR as soon as it touched Malaysian soil. Let’s hope his fiancee doesn't mind his burning passion for motorsports! 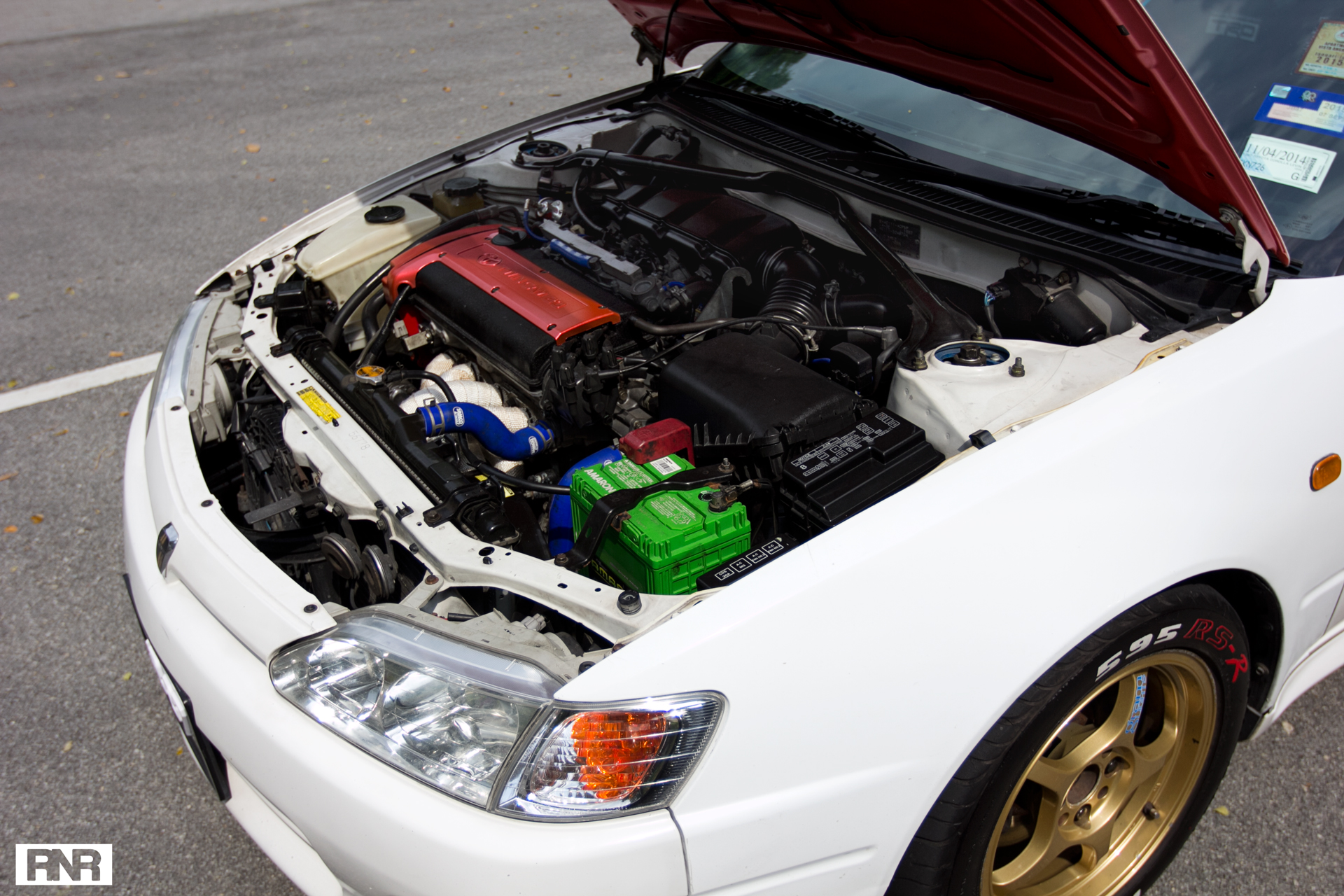 The ‘BlackTop’ 4AGE was taken apart and the head ports matched. Auckland 226 degree camshaft, TODA valve springs & camshaft pulley went in to compliment the head job. Further enhancing air flow he opted for Wesless trumpets, a Simota Air Filter, a Cusco manifold and a 2 inch stainless steel pipe. The block was bored to 82mm to fit in a set of 82mm pistons to increase torque, the VVT was retained even with all the modifications. A TOM’s ECU does all the thinking for the car, rev cutting at 8500rpm. The MRP Crankshaft girdle was put in to reduce crankshaft and block bending during high RPM, which is the forte of the 4AGE. This is a must have for those who always high-rev the engine. 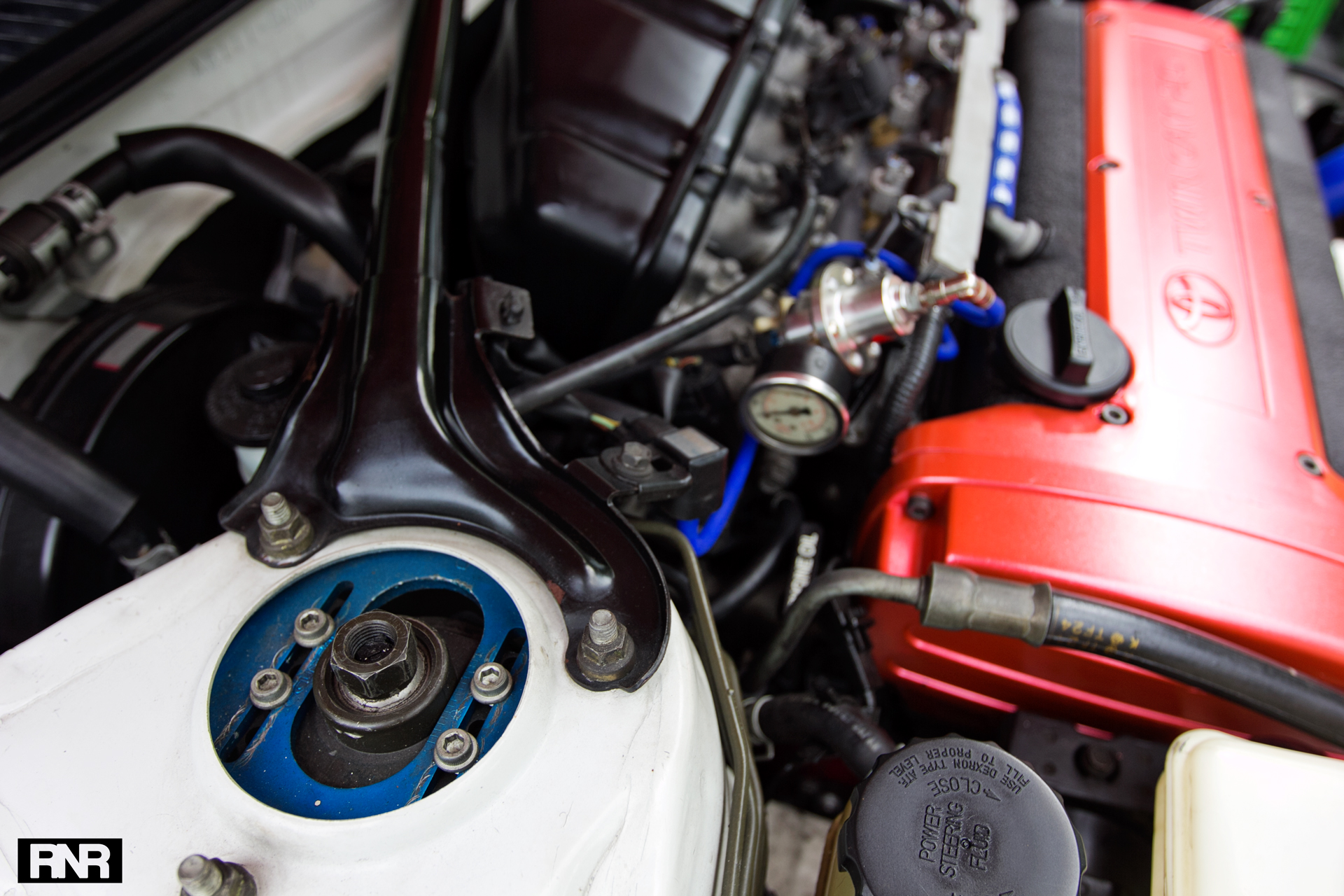 Following the trend these days, Iskandar built this car for daily driving consumption, focusing on reliability rather than outright power - he has the BZG for that purpose. Interestingly, the BZR has a loaned 5 speed helical dog box with close-ratios which he is testing coupled with a TRD 1.5way LSD. Doesn't quite sound daily-drivable but his mechanic/friend did it for him for the earlier mentioned track day. He hasn’t had the time to swap it all back so in the meantime, it’s in because-race-car mode. 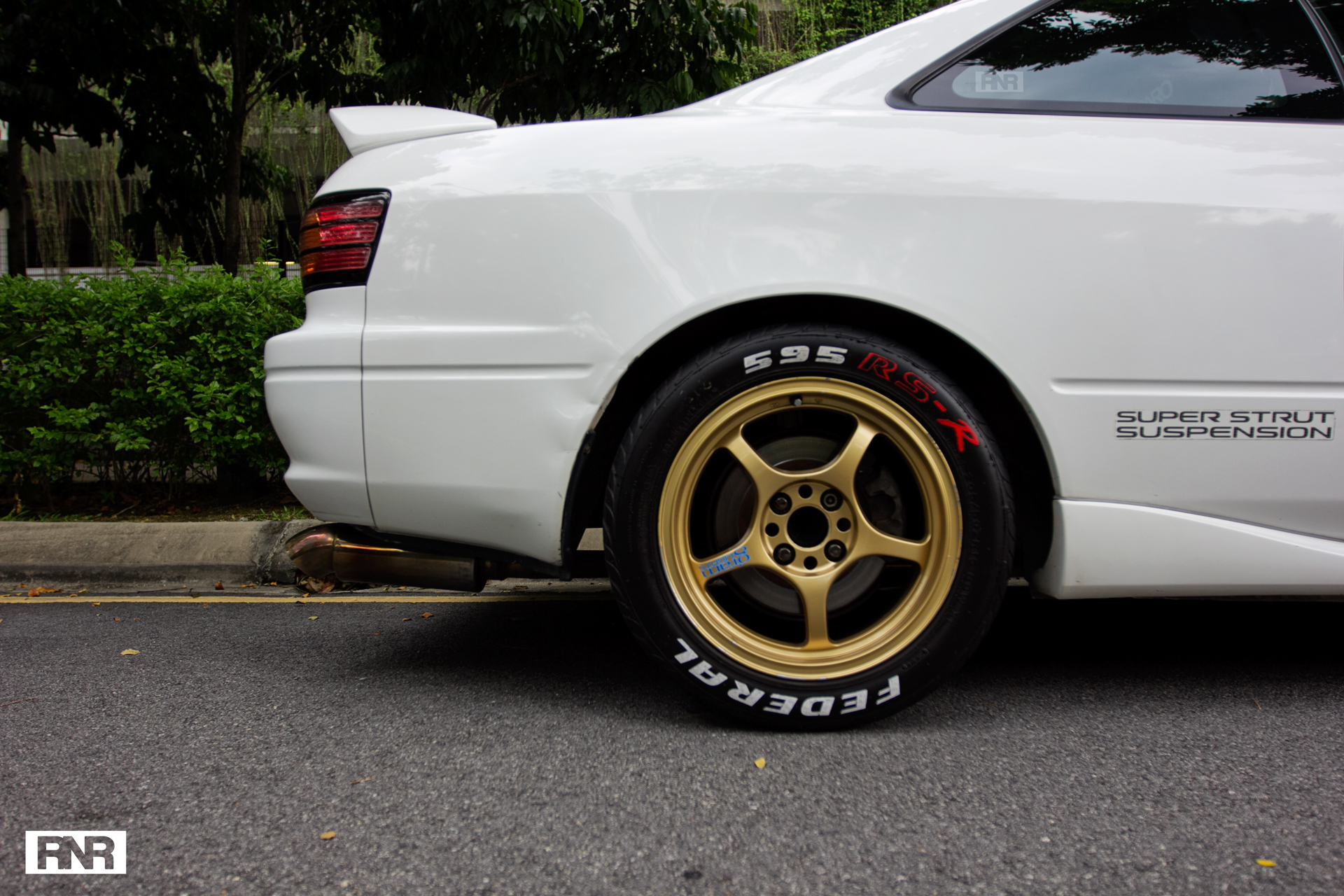 The Rays Gramlights are definitely becoming a commonplace. People are rocking it in the eye catching 'standard' gold colour and Iskandar has them in the perfect offset for the BZR. Proper flush fitment! Additionally he wrapped the Gramlights with the grippy and controversial Federal 595 RSR extreme performance tyres. 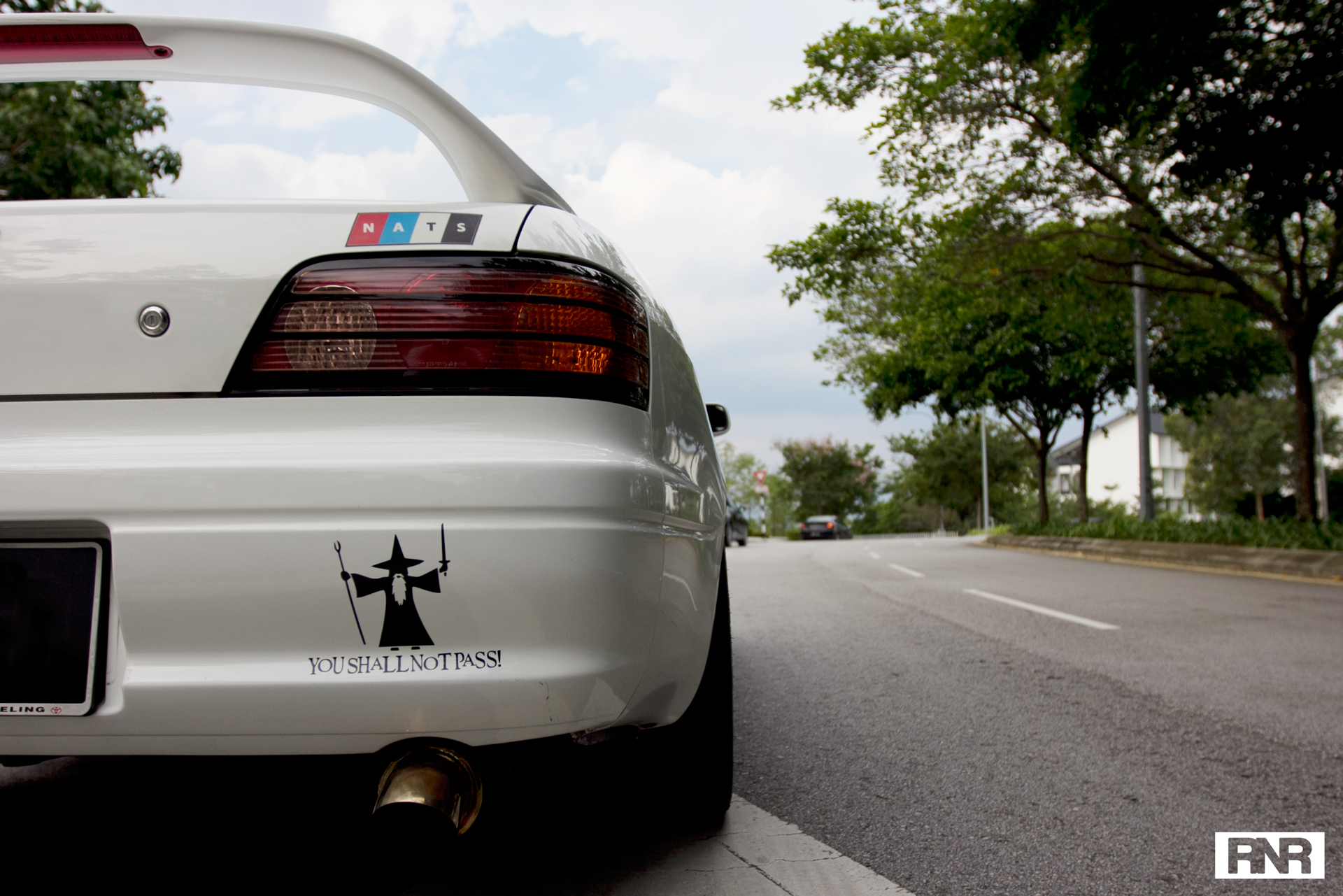 One might not recognize what this car is at first glance, but for those in-the-know - it eats corners for breakfast, lunch and dinner.