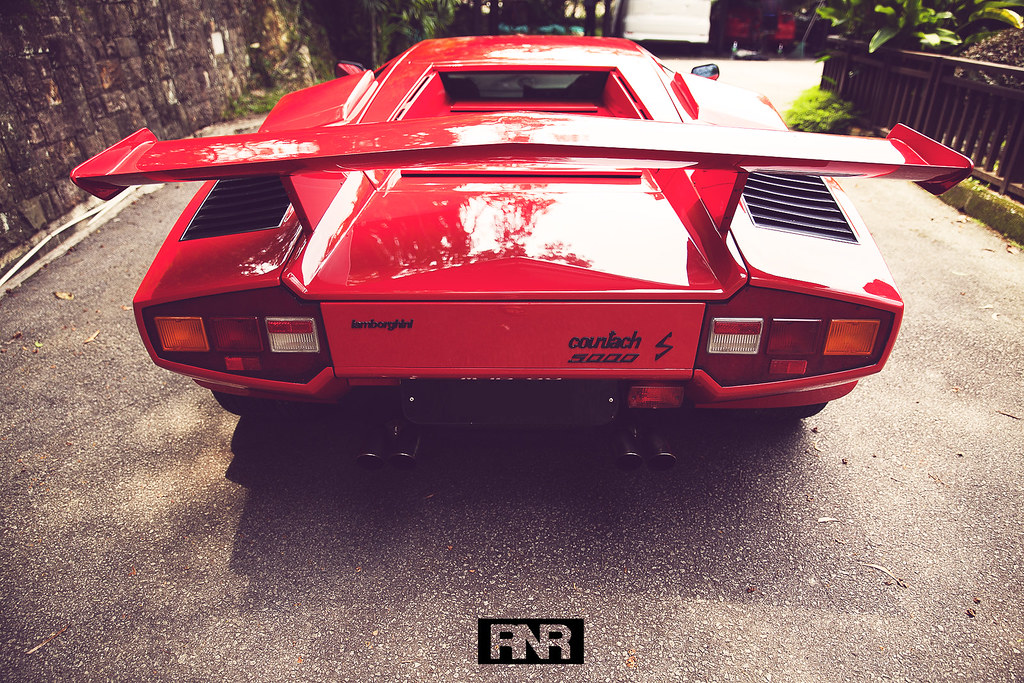 We're gonna go a bit retro today and veer slightly off our usual fare. Factory tuned to the hilt, impractical, loud, difficult to live with, difficult to drive, but plastered on every wall of every 80's boys room - welcome everyone to the gloriously beautiful Lamborghini Countach : The legendary 200mph claim club founder. 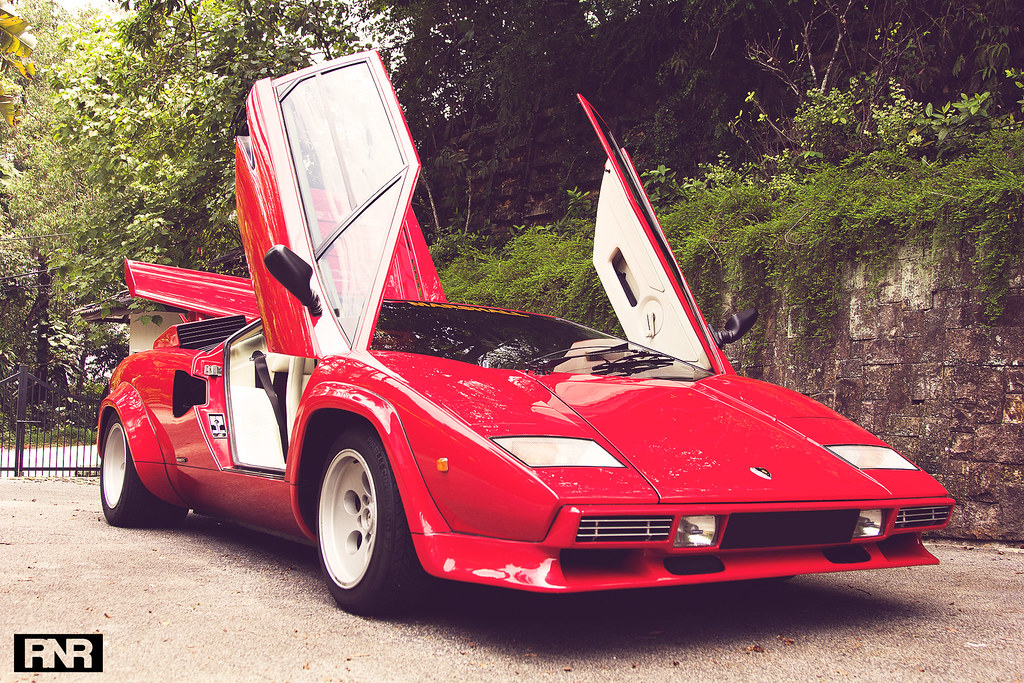 V12, Weber carbs, 5 litre displacement, poor rear visibility, no driver aids, no power steering, massive impossible to find sized tyres, highly inefficient aerodynamics and a spoiler (that would make many a ricer drool) which does nothing for the aerodynamics - you just gotta love the madness of it all! 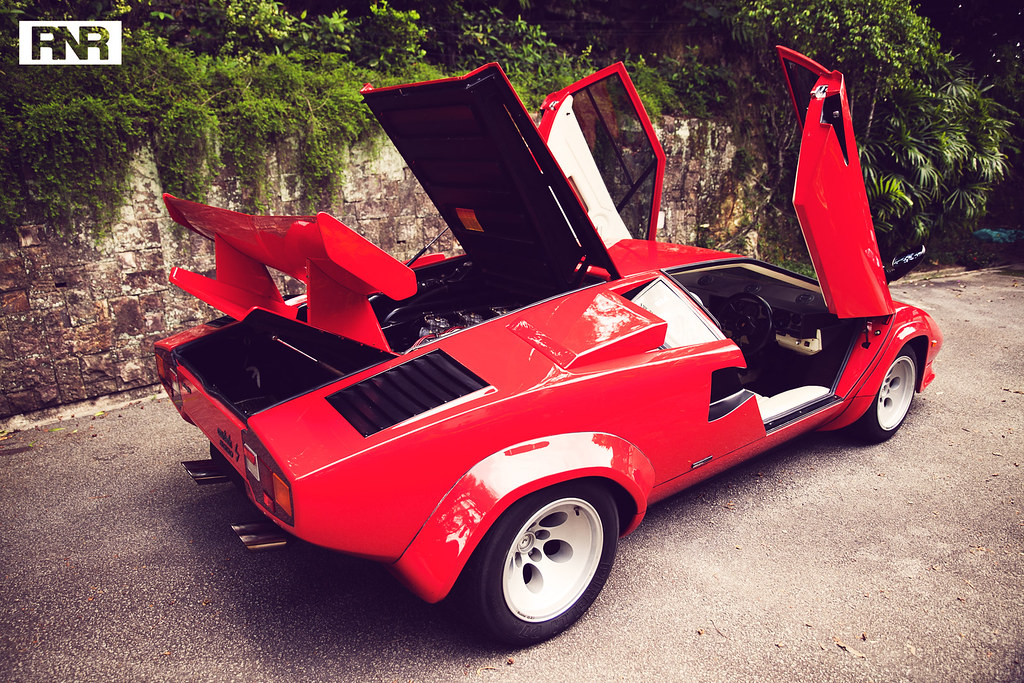 There isn't much to say about the original mad 'bull' other than the fact that Marcello Gandini of the Bertone design studio was a genius when it came to design. He designed the out of this world (back then) looks to captivate the masses and that's exactly what it did. Teenage boys all over the world had posters of this car, the lucky few who could afford the back-then insane price made everyone envious, the Countach was born during the time when everything was groovy. Gandini didn't care that it wasn't practical or had the aerodynamics of a brick, but in his defense he was young and aerodynamics was still relatively unknown when he created this masterpiece. 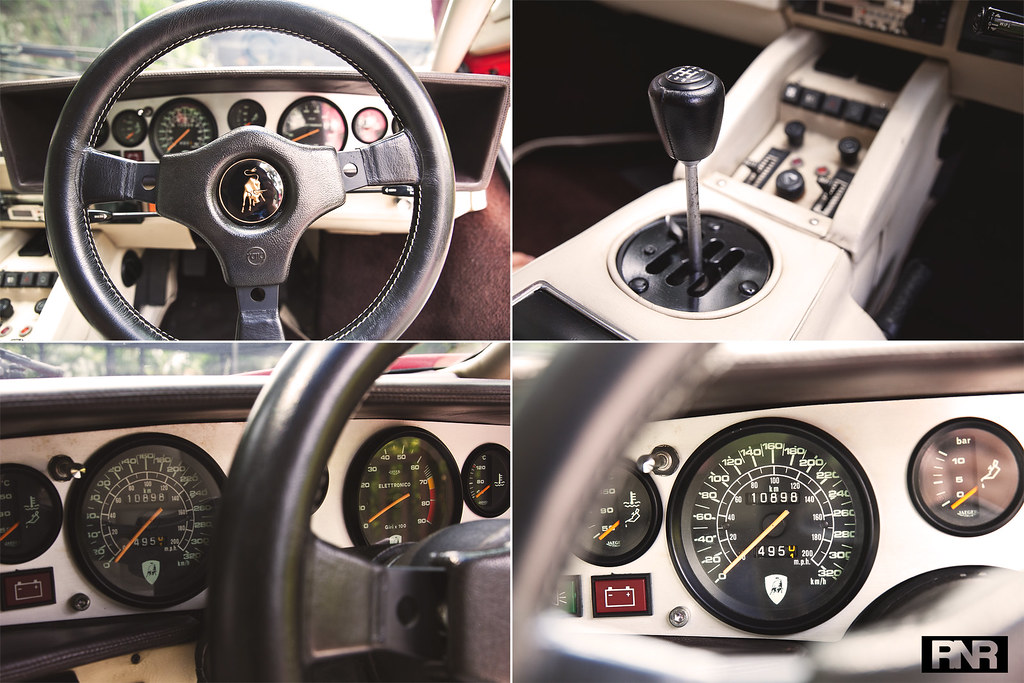 Presumably the Countach was the car that made the Lamborghini name world famous. Ok, granted the earlier Miura was a gorgeous car but ask anyone old enough if they know what a Countach is they would bend their arms in a 90 degree angle and swing it upwards hinting at those scissor doors. Ask if they know what a Miura looked like and you'd probably be met with a blank smile. And those signature scissor doors, this car is the one that started decades of copycat aftermarket door kits! 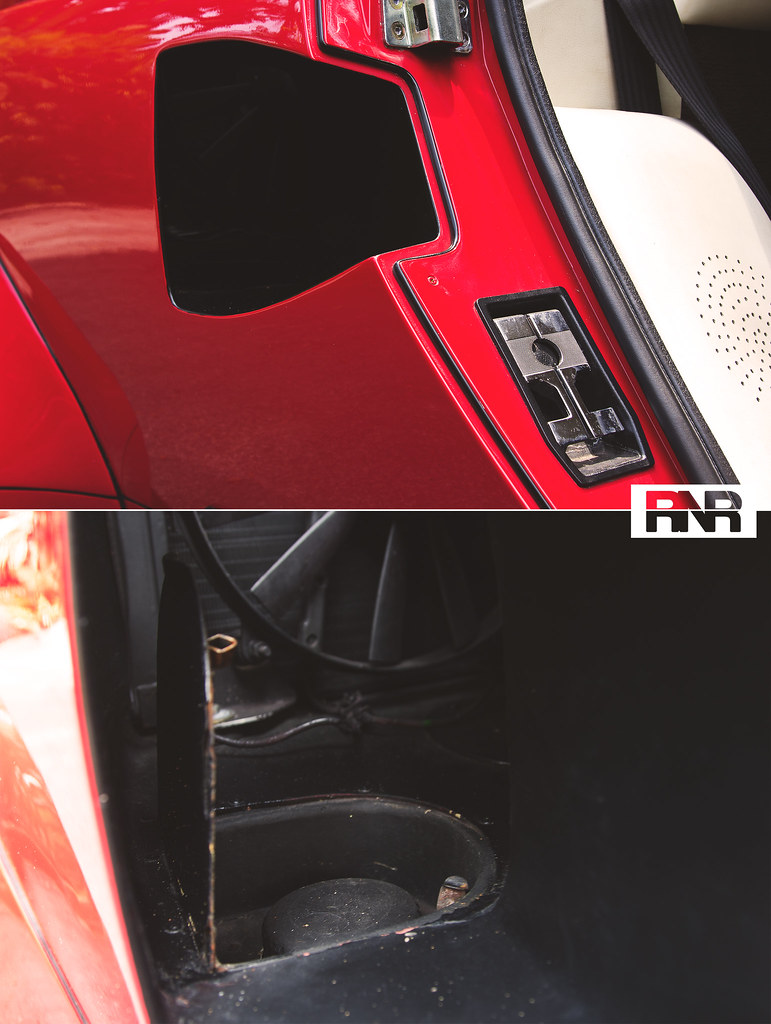 The owner popped out ever so occassionally to give us unusual trivia (but pretty much well known) about the ultra rare 5000S Countach (only 325 in the whole world) like where the fuel caps (plural!) were hidden... in the air intake vents. Over RM300 worth of petrol only gives 400km thereabouts. 350hp at redline revs. Virtually useless rear visibility due to the way the Weber carburetors are mounted at the top of the engine therefore increasing the engine height unlike the older 400S model where the carbs were side mounted. 345/35/15 VR rated ultrawide super rare sized rear tyres. Ultra loud exhausts that render the in-car sound system redundant. Asthmatic aircon. Compulsary side-sill-seated reverse parking skills.

Old skool supercars sure had character! 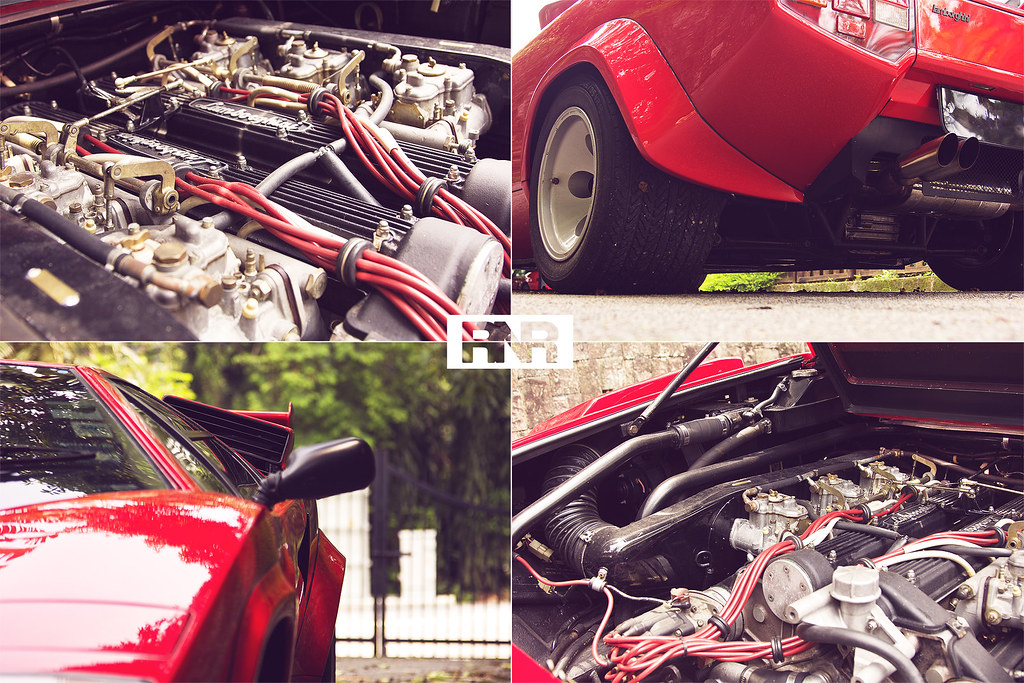 The windscreen to the sharp nose to the side glass areas were found to be high drag areas causing the car to top out at 186 mph but that didn't dampen the feel of the car. Point-and-go steering, century sprint from standstill in 5.4 seconds, the Countach held its own against its competitors. Not to mention the exhaust noise and the surreal feeling when you're in the cockpit. It may not be fast, but it feels fast and the feeling of going at speed even though you're just puttering down at 35mph, it's undescribable! 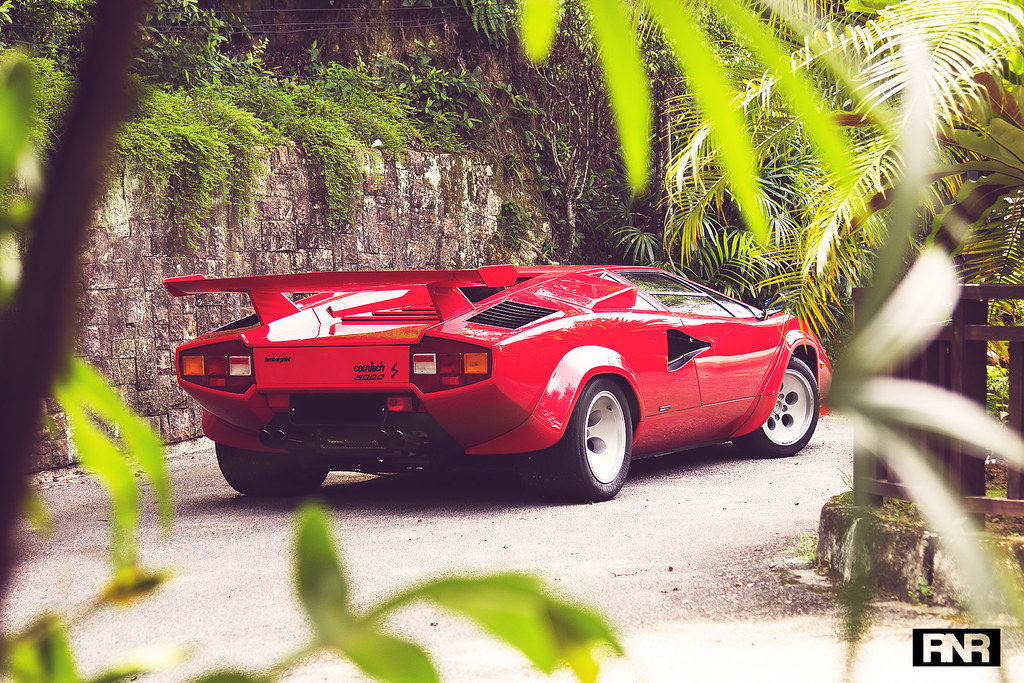 If it isn't obvious already, I'm a fanboy. Who isn't? Let me just share a few of the hundreds of photos that I took of this gorgeous 'Bull' and you can drool over the super desirable lines and fat robotic bulges. 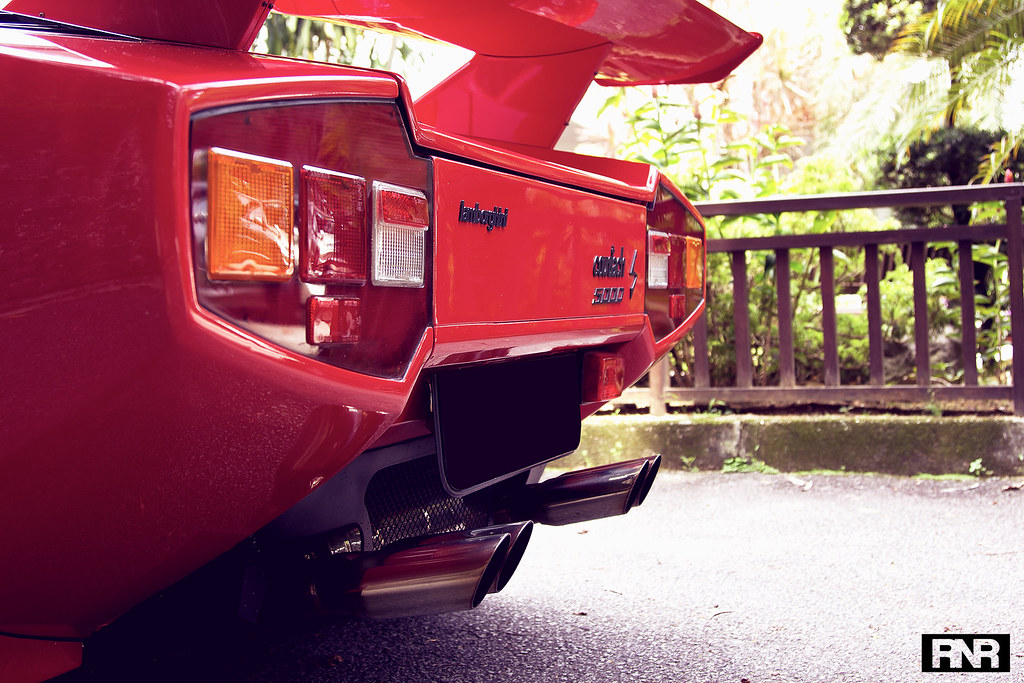 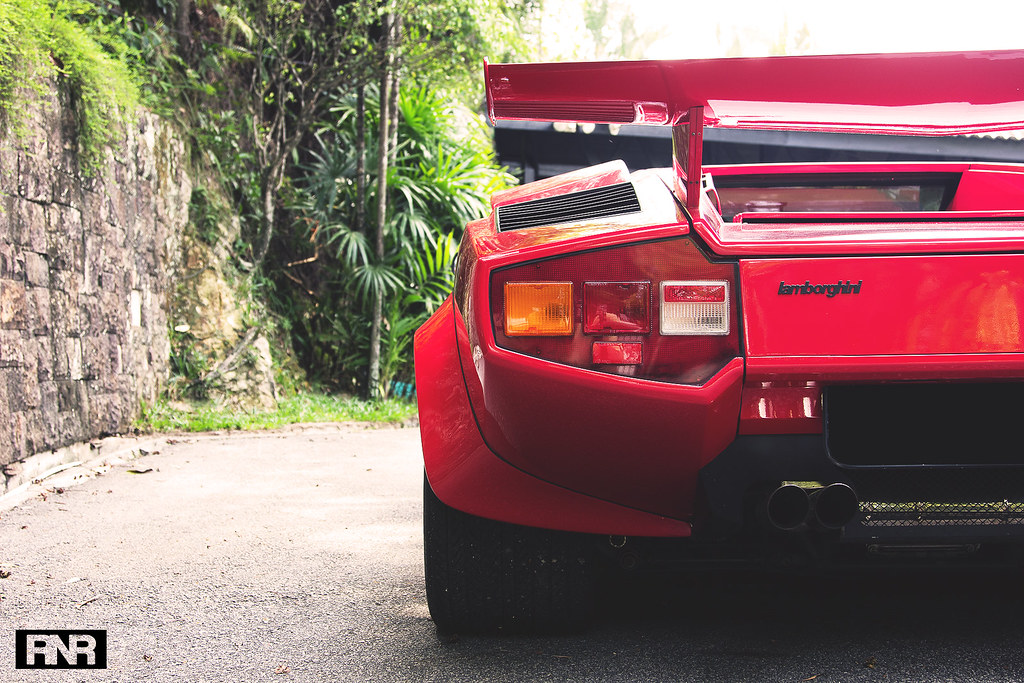 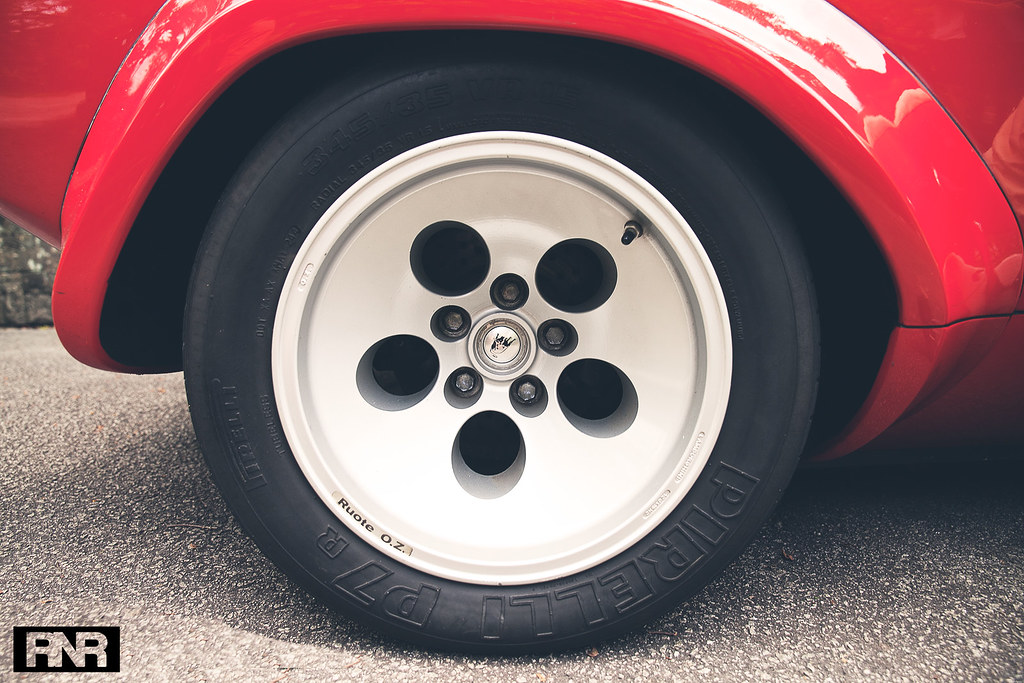 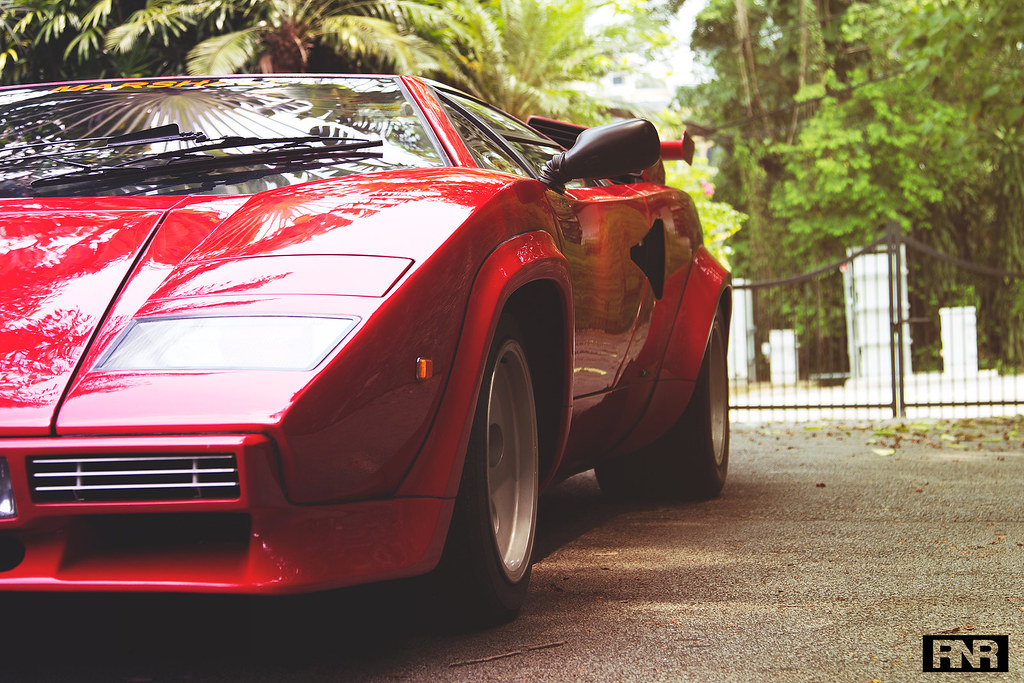 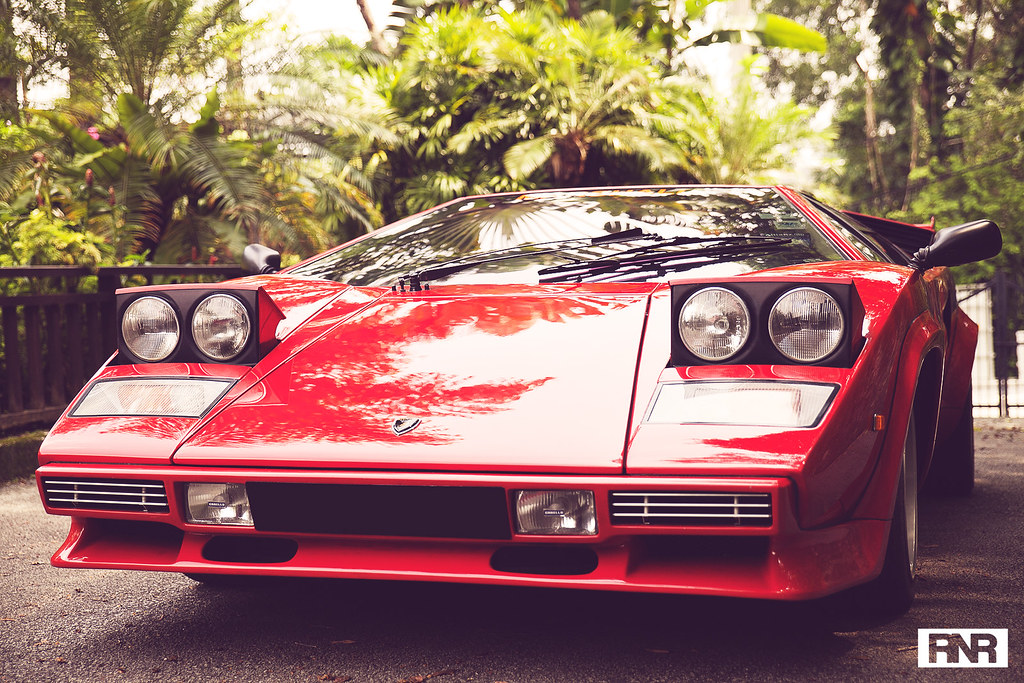 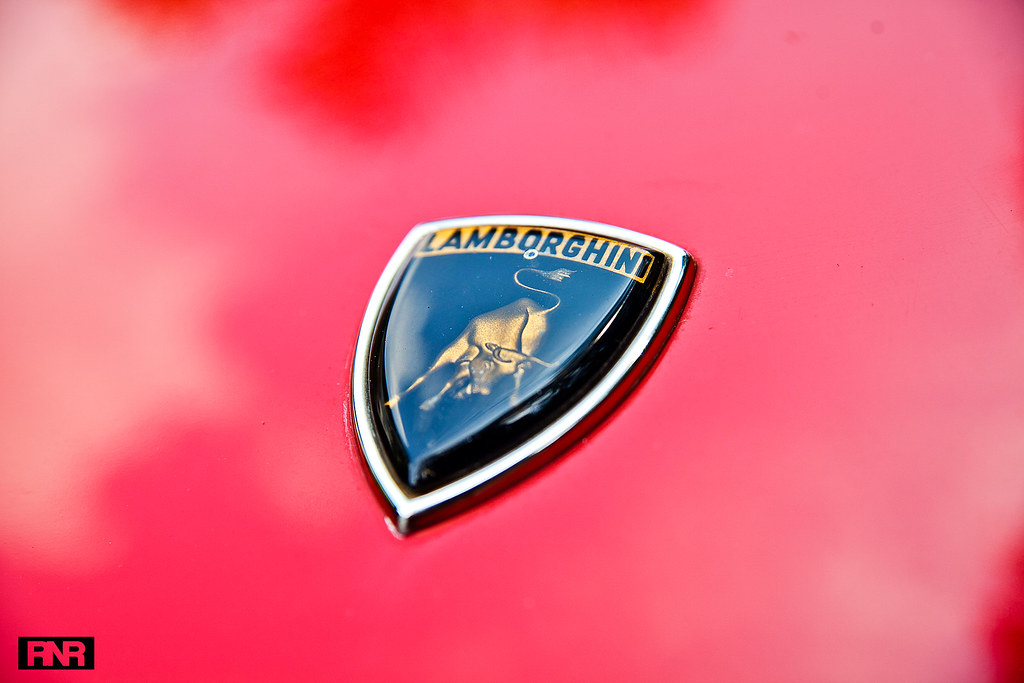 I was born in the 70's and this car was around when I started to have an interest in cars. It used to be a massive dream of mine to own the Countach, until the Diablo came out. Then the Murcielago. The Murcielago is still a dream of mine (personally I think the newer models are too sensible) but nonetheless to actually get to touch, shoot, sit and hear the Countach in person ticked off a life long boyhood dream checklist - a very heartfelt thanks to the owner and his son for allowing me to cover their Countach!

A good car is one that you enjoy driving. Not how fast it goes around a track - Izso