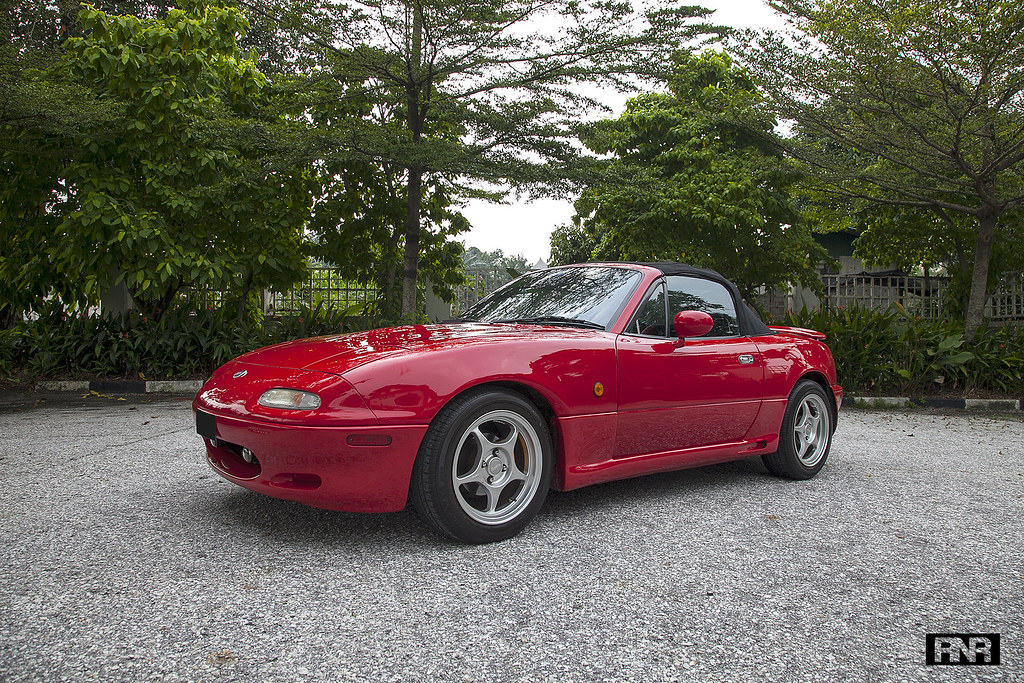 As some of you have already guessed, Mr Hyde is a Ferrari red Mazda MX5 Miata. Miata. The answer is always Miata

Originally designed in 1989 as a roadster for the masses, it was made with one thing in mind - lightness. 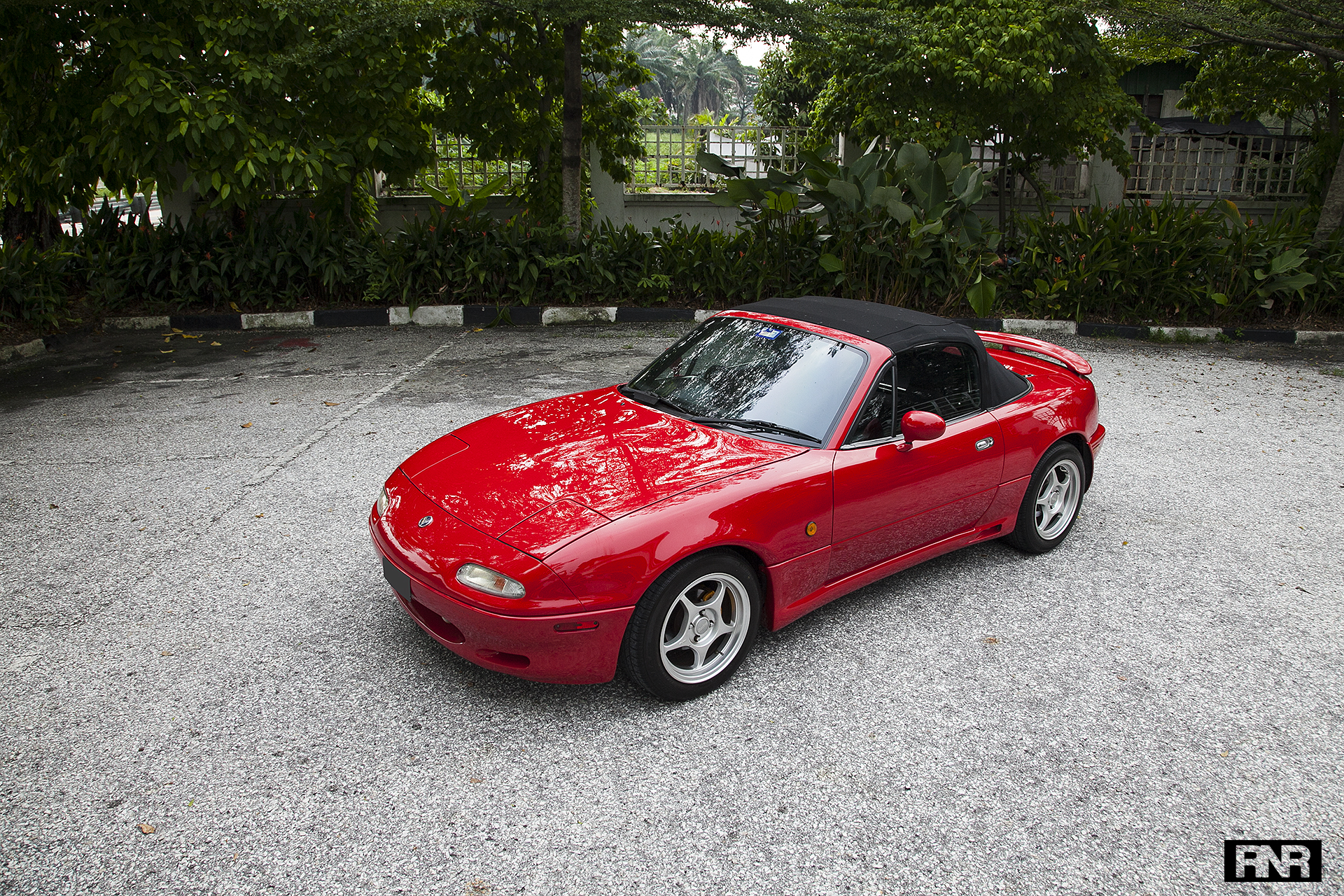 The MK1 weighed in at only 980kg stock, it didn't have power windows, it had manual steering, it had no aircon and not even a stereo. These luxuries were only added in the later years. Even the wheels were steelies. Why? So the car could be made more affordable and available to the every Tom, Dick and Harry who wanted a roadster. Back in the day the MX5 was up against the likes of the MGB, Triumph Spitfire and arguably the best looking roadster ever made - the Alpha Romeo Spider. 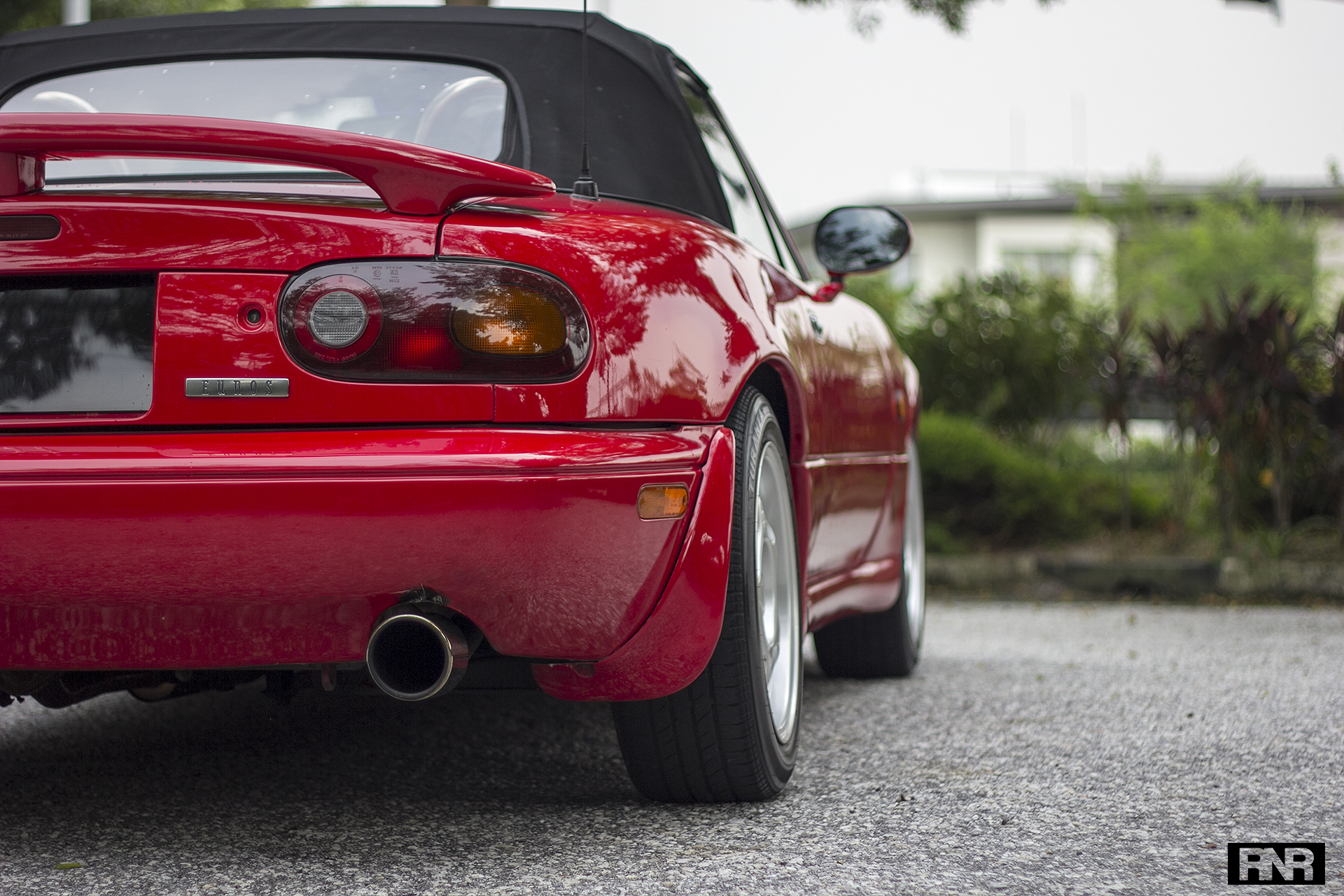 The MX5 sold quite well throughout the years and even gained a cult following. It had a well balanced 50-50 weight distribution, it was extremely fun to drive even though it had very little power (the 1.6L made 115bhp only) and the fact that it was so affordable appealed to the masses. 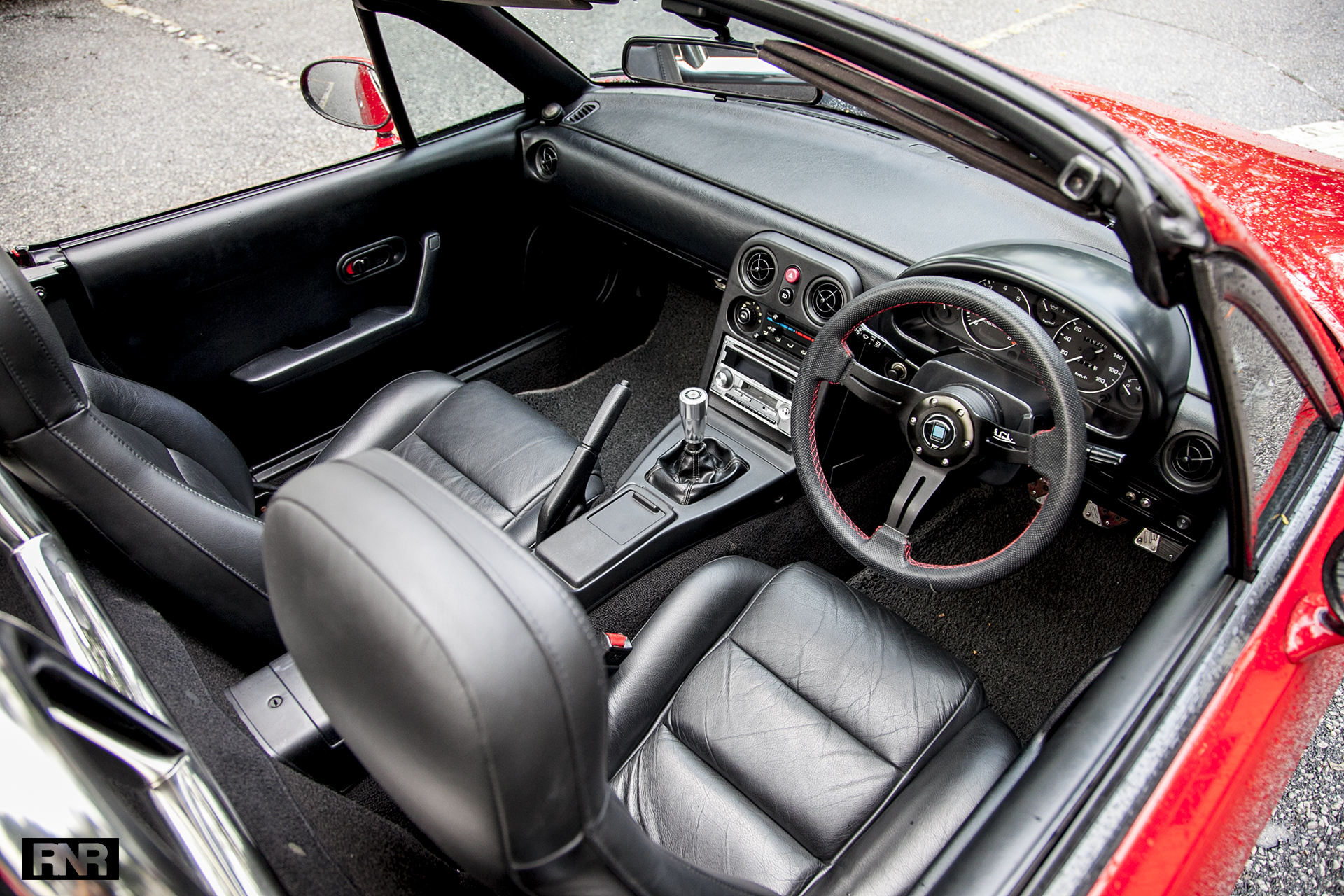 Some 20+ odd years later you're still bound to see the Miata on the road attesting to the quality and following the car has. It's still driven by enthusiasts and hair dressers alike. Enthusiasts - because of the pure 'fun factor' of driving the car at it's limit and hair dressers because it's a sports car one can be a poseur in without actually having any reasonable power on tap. 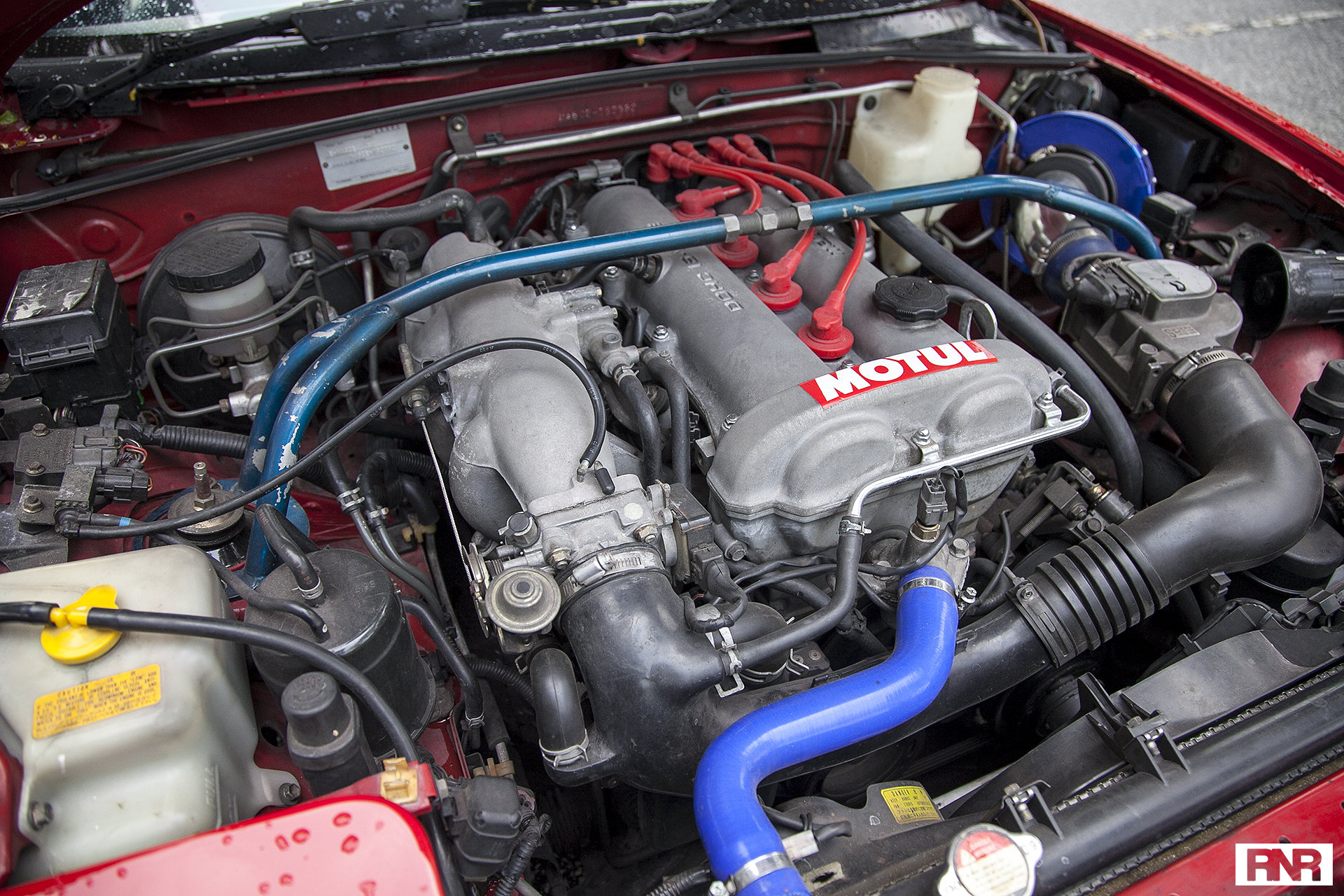 Jokes aside, the MX5 is quite the spirited little car. The snug interior, the excellent visibility, the tail happy action you can easily coax from the car and relatively inexpensive price makes it the ultimate car enthusiasts ride in stock form. 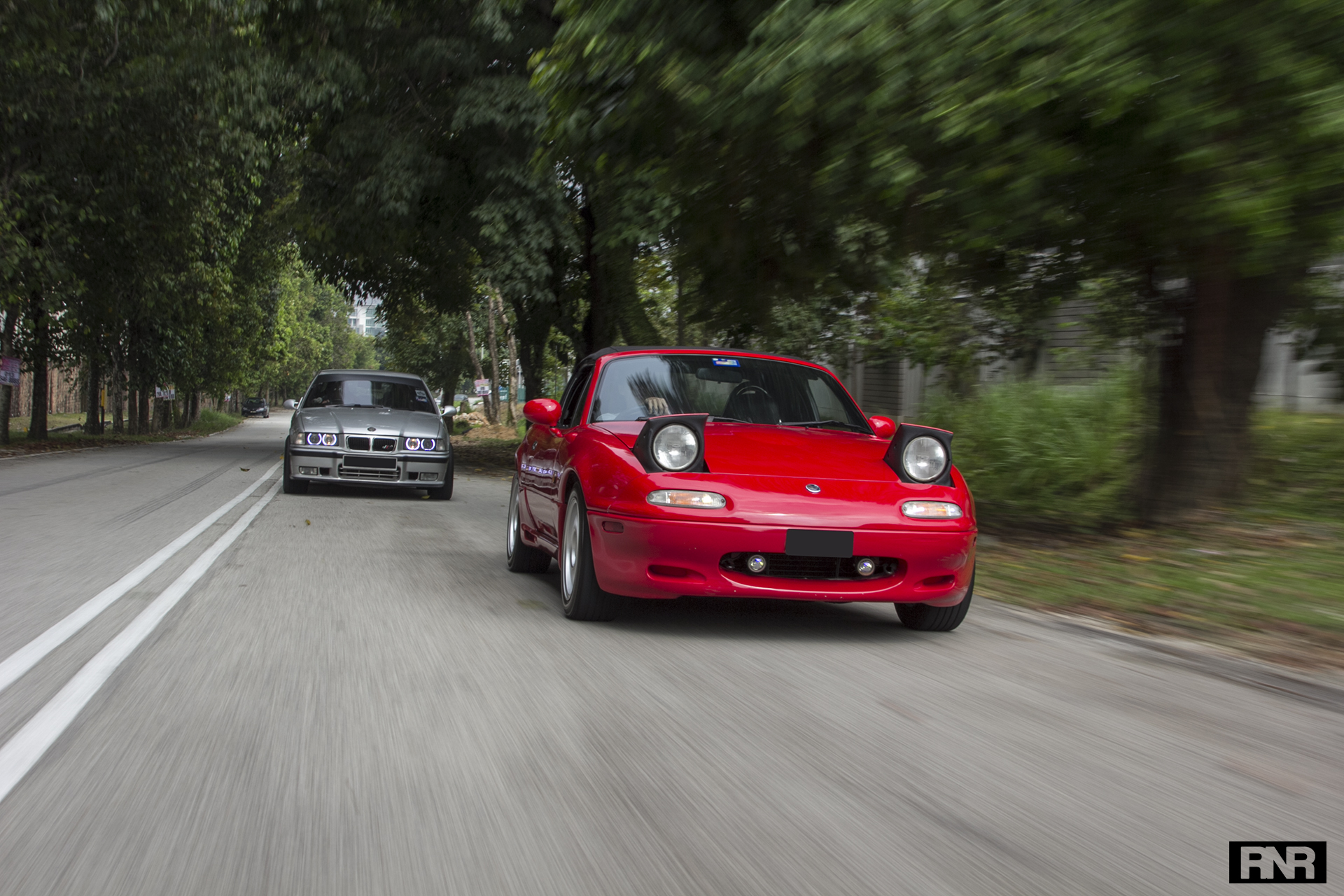 Andrew thought exactly this when he decided to buy the Miata. "Fun to drive, superb handling and soft top. Great for cruising in the highlands. KL too hot laaa".

His self-refurbished somewhat-stock MX5 has been featured in several other publications and road shows due to it's pristine updated looks, both inside and out. I'm personally not a fan of the "keep-it-stock" motto and I do enjoy the occasional retro car with modern amenities. 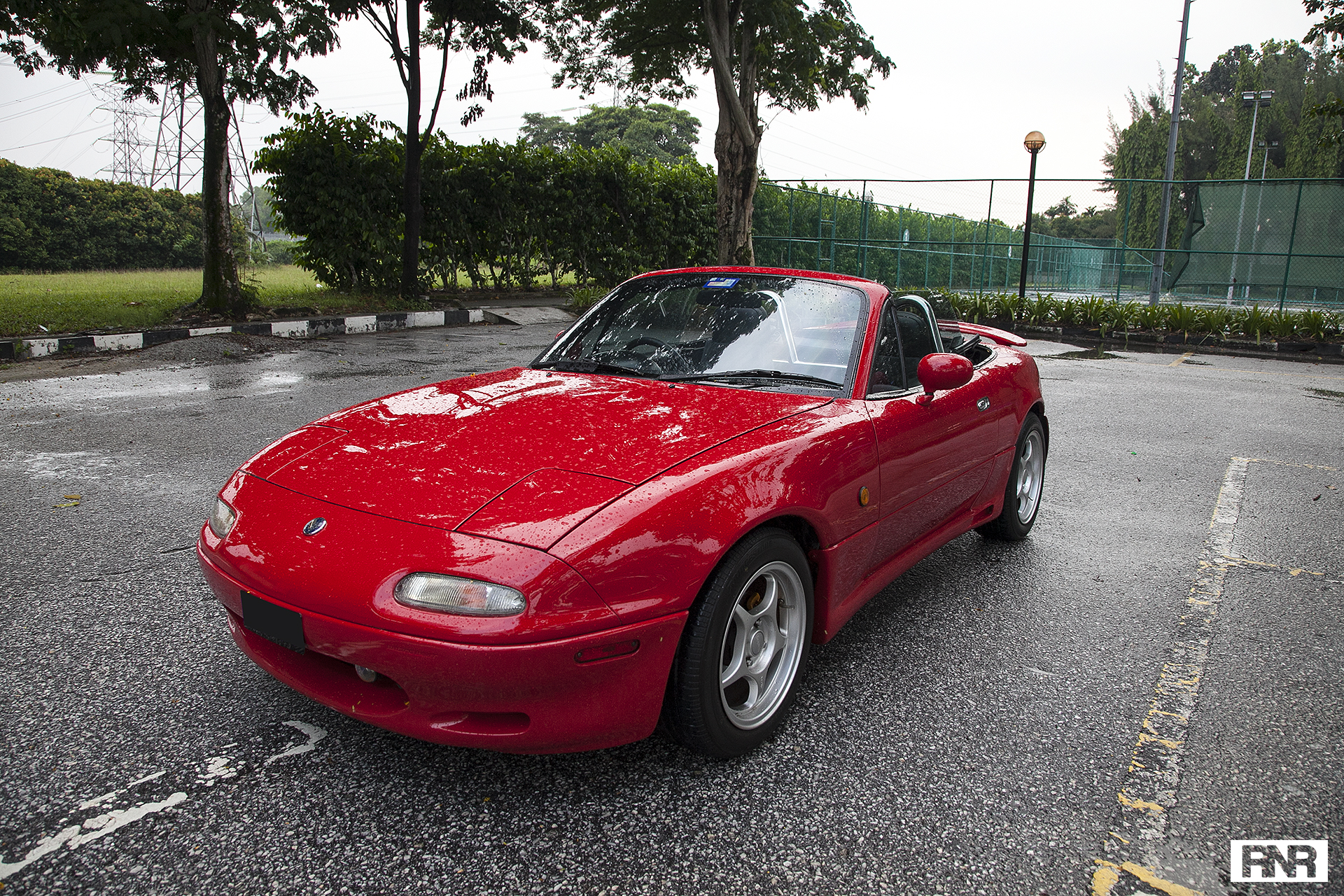 Slick, combed back hair, prim and proper attire and not a single stubble of hair on the face - the poster boy look for all things metrosexual. Throw in a superbly well maintained MX5 and you have Andrew. Provided he's in the mood of course. Our earlier feature the 1JZ E36 manual is his daily, the Miata on the other hand - for every other day. Chilled. Top down. Without a care in the world. Relaxed.

I only have one thing to say to Andrew : Sunburn bro... Sunburn 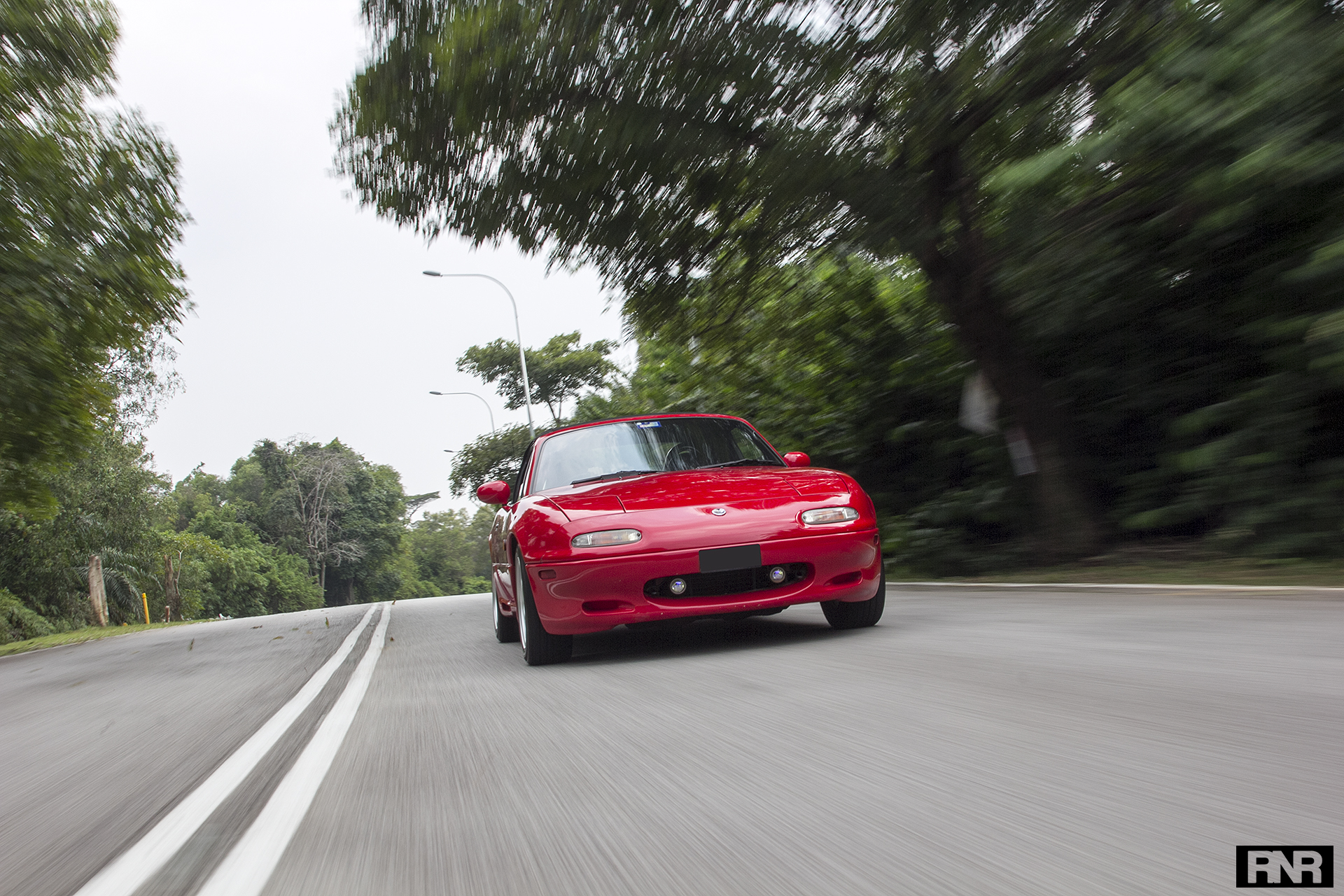