How to start modding your car 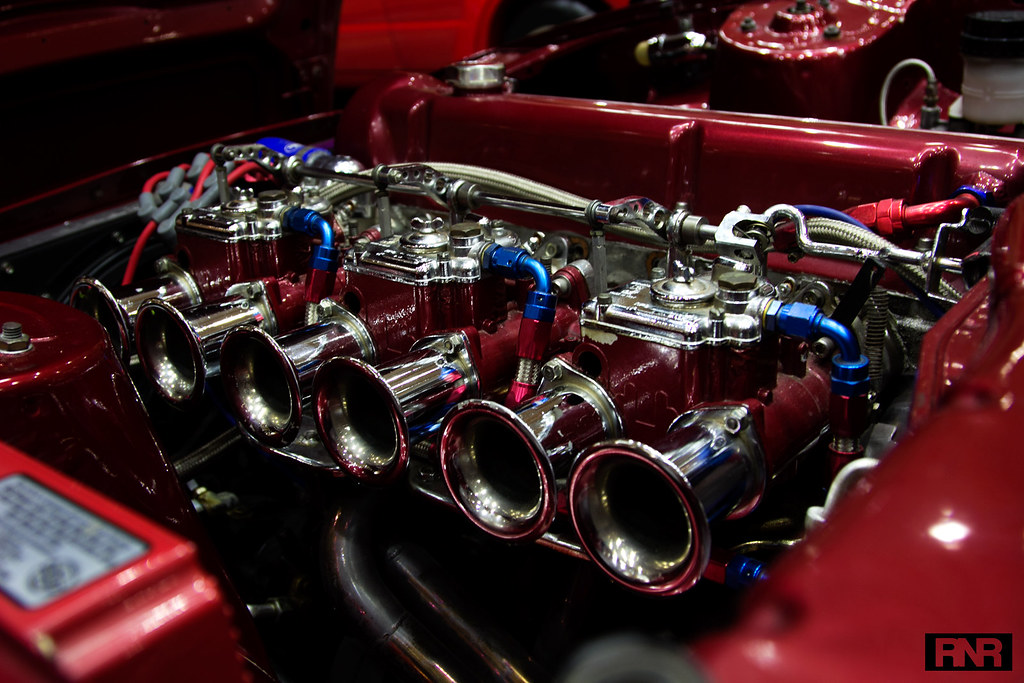 Here's part 1 of a very basic guide for those who want to get started but don't know how.

Step #1 : Determine how much budget you have. RM100 (USD20+) will get you nowhere and RM10,000 (USD2000+) will get you somewhere. There's usually no such thing as cheap and cheerful. If you have a healthy budget you can do more, if not - save it up and blow it all on mods later. Simple as that.

Step #2 : How far do you want to go? Forced induction? Or your daddy won't allow? Either way, find out what it is you want to achieve from the mods. Do you want to have more torque? Or take corners at insane speeds? Or do you want your car to bounce up and down low rider style? Or do you just wanna go faster than a certain bright orange Supra recently featured on ZTH? (You'll need really big bucks to do that btw)

Step #3 : You need to understand - more power = more air + more petrol. Mumbo jumbo gimmicks won't do crap unless it fits in the equation. More petrol = higher fuel consumption. Also, harder suspension = better cornering = worse ride quality. There's no such thing as cornering like God but having a ride as comfortable as a Citroen C6. Modification is all about compromise. You give some to get some. If you can understand all that and agree, continue reading.

Let's get started with the most basic of all mods - Improving airflow. 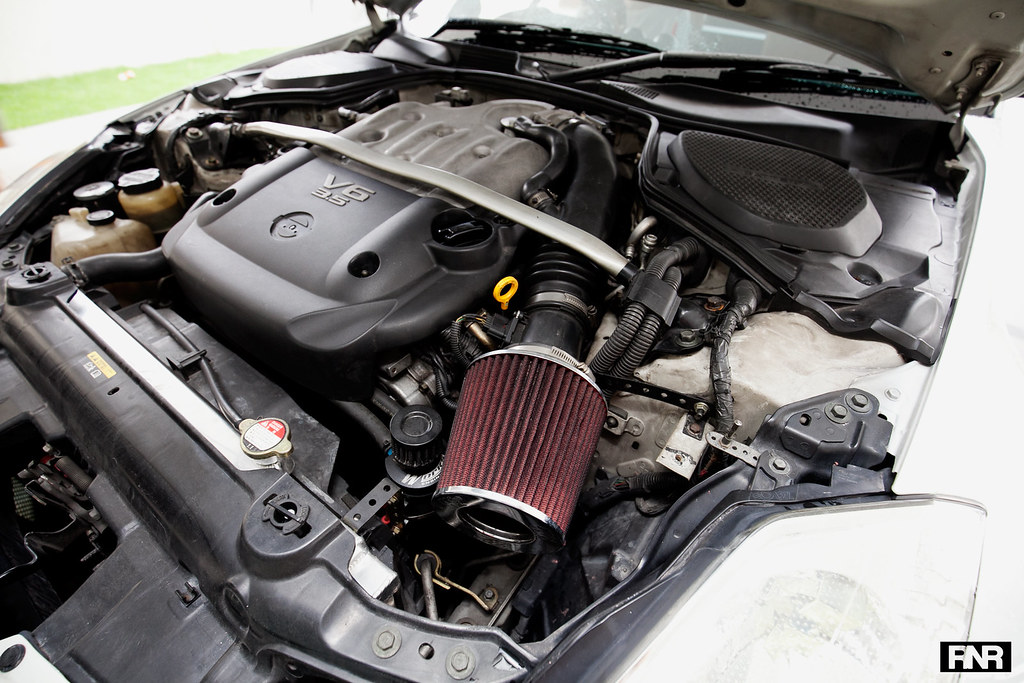 The air filter. The stock paper air filter is somewhat restrictive and lots of companies have come up with their higher airflow filters, either drop in or open pod. The general rule is if you're looking for low profile looks, a drop-in airfilter is the one you want. If you want bling, consider the open pod filter, but you'll need to invest in a intake pipe, silicon connectors and a heat shield. Meaning open pods are not cheap to install.

There's some superstition that says automatics can't use open pods and should be for manuals only, etc... that's a load of bullcockney. The only thing about autos using open pods is they might lose some low end torque but then again the same is true for manuals. Then there's the test that MightCarMods did with the Skyline and the different air filters, one must understand - don't expect a power increase with an after market filter, all it really does is change the characteristics of your car if it's stock block standard. The sense of performance from a stronger mid/high end power is plenty of fun and perhaps the filters allows one to reach that peak power earlier? Also another thing MCM didn't take into consideration is how some cars have adaptive ECUs, these smarty-pants ECUs (such as the Siemens VDO) take time to adjust the air-fuel mixture (A/F) differences. These cars are able to adjust based on MAF/MAP sensors and other sensors that I can't currently think of... essentially it'll eventually adapt to the air filter mod. If we think about it, the MCM Skyline was 'pre-tuned' to run with the stock filter; say we install a higher flow filter and the A/F mapping is still the same, the car would run somewhat lean and perhaps that would explain the power loss that MCM discovered. But that's not saying the air filter will result in a performance gain after the ECU adapts, it'll probably just allow the car to perform better in the sense that it reaches the peak power faster/earlier. My 2 cents.

What folks usually do is they hook up the CAI hose from the stock airbox to a foglamp hole in the bumper so the air is 'rammed' in and force fed to the intake. Whilst that's a good idea, in Malaysia it floods and rains every other day. Meaning you run the risk of sucking in water and that's a very bad idea. A few drops of water is fine, but a cupful of water will result in hydrolocking and that usually equates to an expensive engine rebuild. So install your CAI wisely.

The other thing that folks usually install together with a CAI is a heat shield, particularly for open pod installers. Block off the heat coming from your hot engine and extractors so the airfilter is sucking in cold car provided by the CAI. 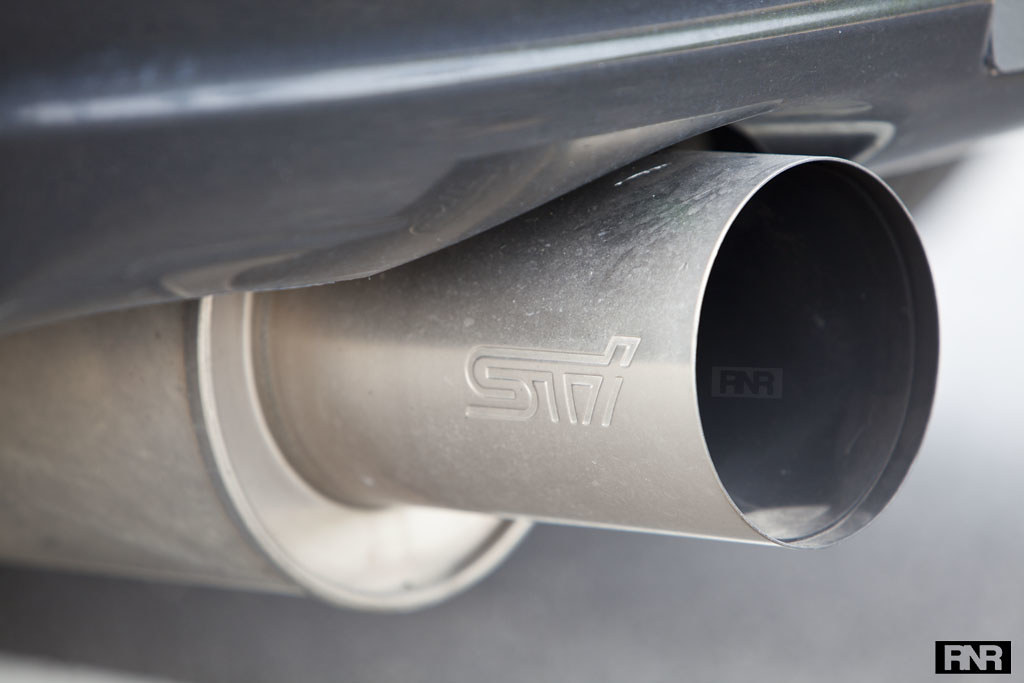 The exhaust is used to vent out the burnt gases from the engine into the atmosphere. Complete OEM exhaust systems consist of a manifold, flexible pipe, catalytic convertor, resonator and a muffler. In this system only the catalytic convertor (catcon) is the most restrictive since it filters out the toxic/poisonous gases from the exhaust before fuming it out of the muffler. You can opt to delete the catcon or install a highflow catcon (more environmentally friendly) to release a little more ponies from your car. Please check your local laws regarding automotive emmissions before removing your catcon, in Malaysia they don't quite give a damn. To put it crudely, think of the catcon as you farting with your underwear and pants on. It's filtering all the nasties getting caught in your underwear, versus venting your bodily gases into the open without any clothes on.

The resonator is there to reduce noise so look for a free flowing one to reduce the restriction whilst keeping the decibles down. 'Twisters' in my opinion don't do much except introduce a bottleneck (restriction) in the system. Doesn't really do much for the noise department either. If you're handy with the internet, look up Magnaflows video showing their straight flowing resonators that improve the exhaust flow whilst doing a a good job reducing noise.

Lastly the muffler - there are a few different types in the market and many have claimed different results using different setups. S-Flow, straight flow, twin-loop, etc. So here is my personal view on mufflers. S-Flow mufflers offer the most amount of back pressure so automatics would benefit from this sort of muffler as the gears require some back pressure to work well. However depending on your setup, a manual would benefit from a s-flow as well. I believe it helps with your low end torque so it probably would be useful if you're tuning your car for low end power.

Straight flow mufflers provide very little restriction for the exhaust so this is usually very useful for manuals or cars with lots of low end power and want to shift some of that power to the mid to high end. Get the piping diameter right as well, too large and you lose scavenging which will make your car feel bogged down. But too small and the engine will strain to push the exhaust out. It all depends on your tuners recommendation so seek advice from your tuner as to which type of muffler to opt for. A properly tuned manifold, piping length and diameter will do wonders.