As old as I am now, I personally think that the E30 generation of BMW is one of if not the most desirable amongst all the 3-series Beemers. Handsome, compact and seemingly lightweight the E30 just oozes potential with it's parts compaitbility with the newer generation siblings. To the BMW aficionado, keeping the E30 as close to original would be the way to go, the perfect weight balance, the 130-something bhp revvy engine and so on. But to the car enthusiast however, it's all about the feel of the car, not so much the originality. 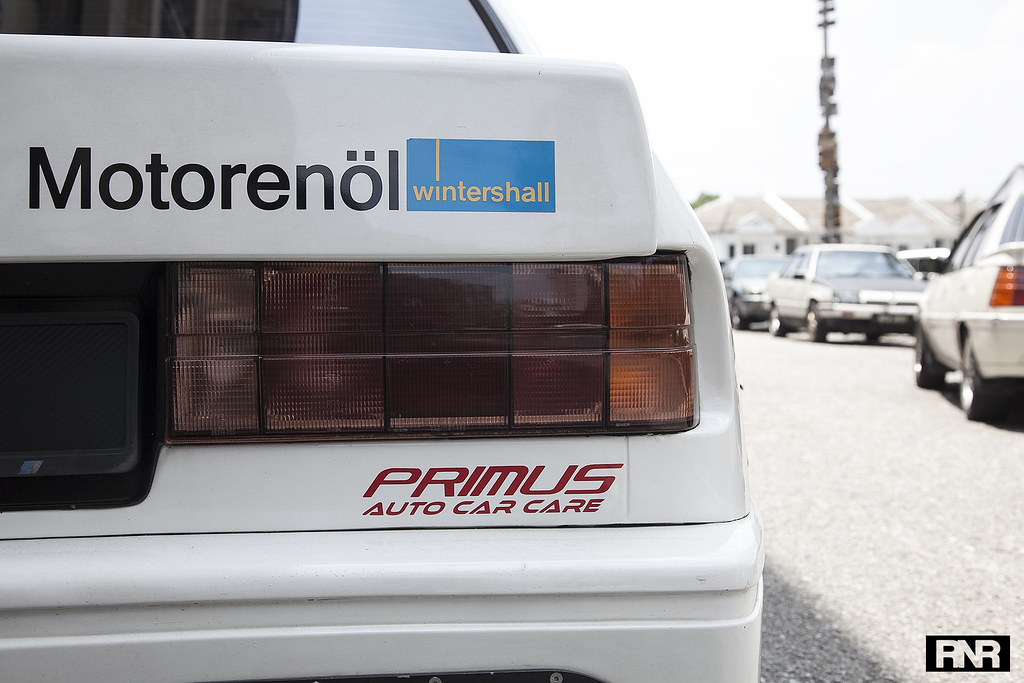 Lim, the owner of this heavily stickered DTM-lookalike E30 323i Beemer happens to be the owner and boss of Primus Auto Car Care where they handle everything from car maintenance, repairs, customization, detailing, licensing, and more. He's also probably the friendliest bloke I have ever met. He would start talking to you about everything and anything under the sun before even knowing your name and his sincere smile makes it that much more genuine.

But this is where the confusion comes in. 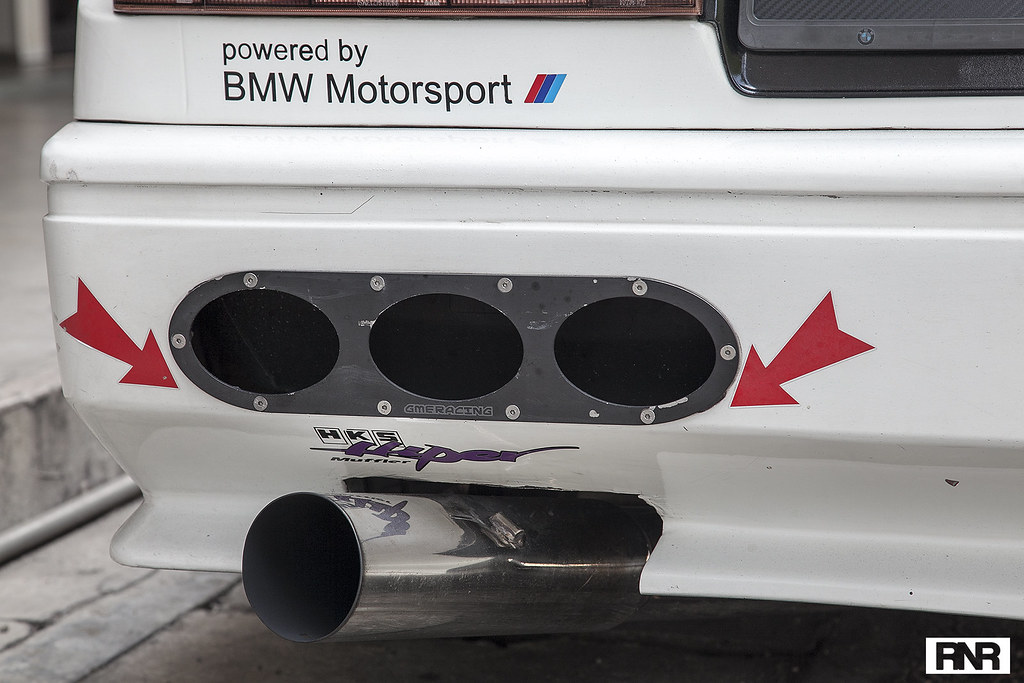 Not family requirements related, not because he was a BMW fanboy, not because the car drove well, but because of the dashboard. 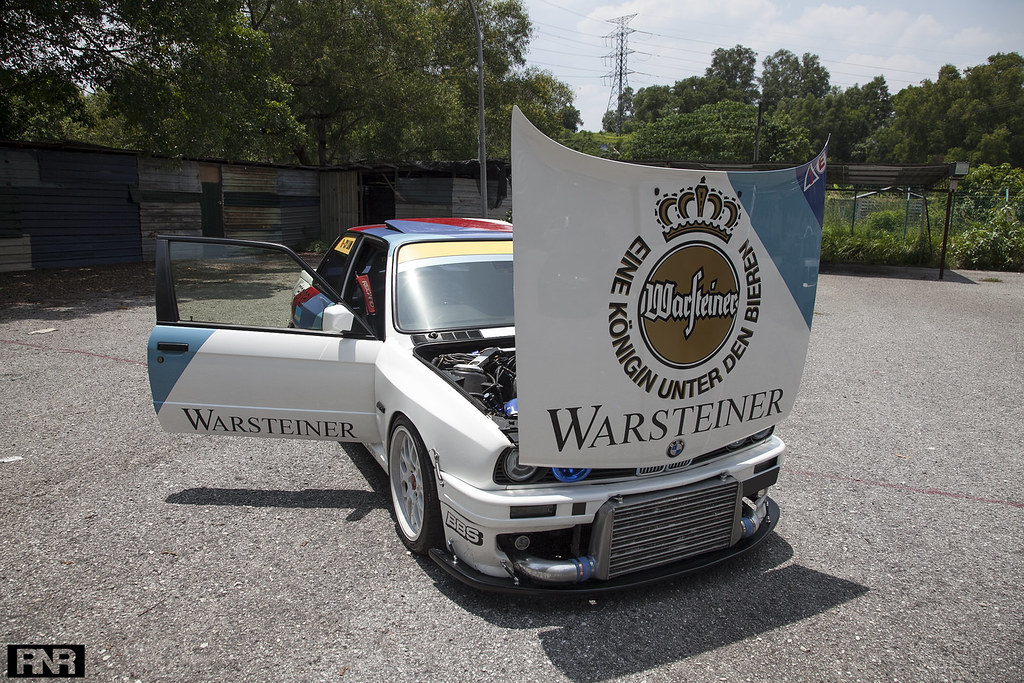 Very little of the original car is left. Interior completely stripped out, engine swapped out, exterior painted twice and restickered twice and barely anything is stock in this car. Except the automatic gearbox.

Yes your eyes did not deceive you... automatic.

In Malaysia maintaining a Euro car is an expensive affair. As the saying goes : Cheap to buy, not cheap to maintain, even more expensive to keep. So instead of the expensive route, Lim opted for the less expensive and way more reliable route - the infamous Toyota 1JZ. Whilst you may think why the heck an auto? Which was my initial response when I first saw the car - Lims reply was simple. Why not? Apart from being insanely fast and allowing you to have two hands on the wheel when you're drag racing, why not indeed. Lim has shredded many auto slushboxes because of overzealous engine mods but to him, it's hardly an issue. In Malaysia, the manuals are a highly sought after commodity and the automatics are discarded like junk. Meaning automatic gearboxes are so cheap one can easily buy 2 or even 3 autos for the price of one manual. Running his own workshop means swapping gearboxes is just a matter of time, not money. Then there's the incredibly insane Kuala Lumpur bumper to bumper traffic, automatics are a boon.

So why not indeed! For those not in the know, DTM means "Deutsche Tourenwagen Masters" which is a racing series based in Germany (and now pretty much worldwide) where teams use German production cars and turn them into all out race cars. DTM cars generally have very heavily plastered stickers all over the cars representing sponsors, motor oil adverts, and more sponsors. But the way the stickers are placed is very different from Japanese race car motifs where it's generally brightly covered in neon colours and anime designs. DTM is more German - more business like, more serious, more achtung! 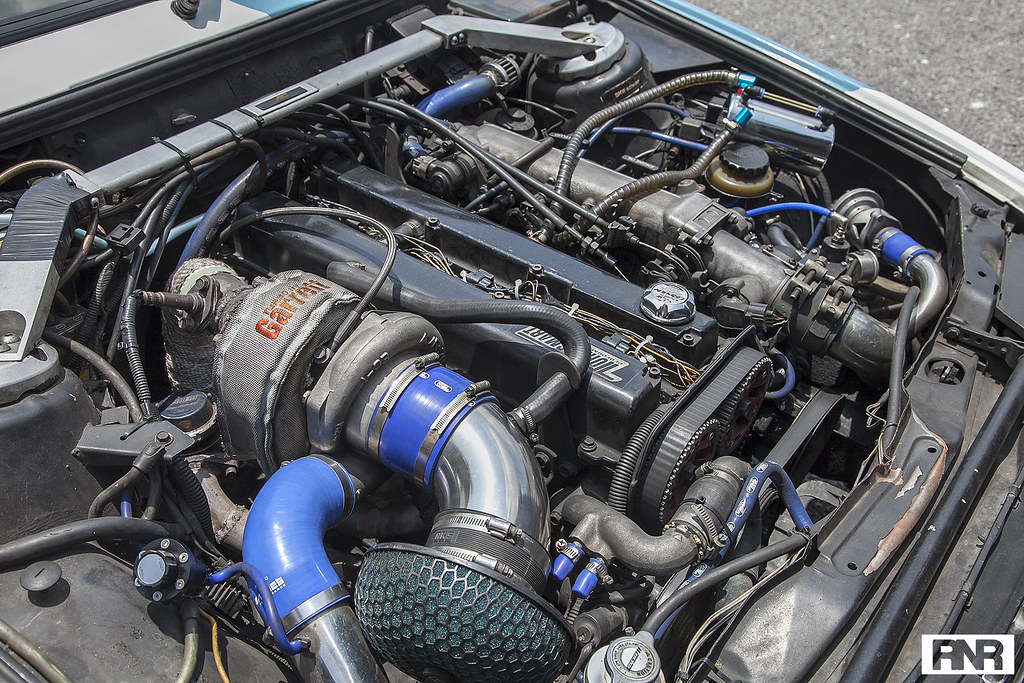 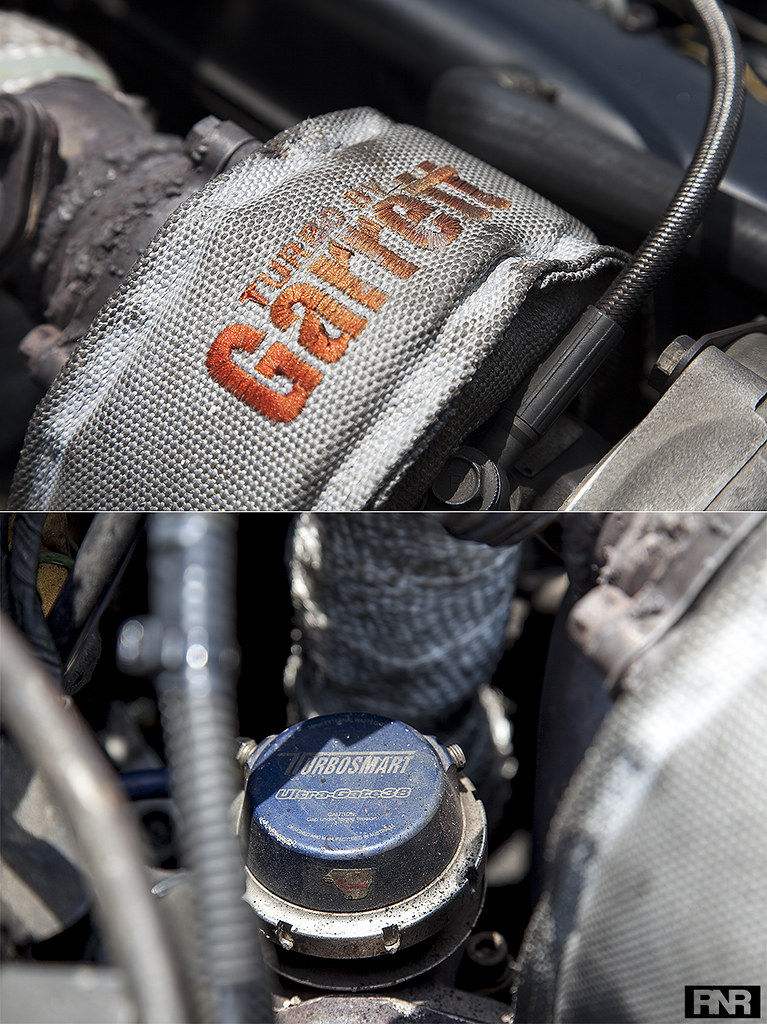 This E30 is powered by a 2.5L 1JZ engine with somewhat basic mods. The beauty of the 1JZ is how simple it is to squeeze power from. A little mod here and you get a kick in the gut, a little mod there and you a kick in the gut and wheelspin. Throw in a couple grand and suddenly your pants and tyres need to be replaced. A bigass turbo, high profile camshafts from a reputable company that specialises in Japanese engines, RWD and a lightweight shell is a recipe for a lot of smiley days on the track and on the road. 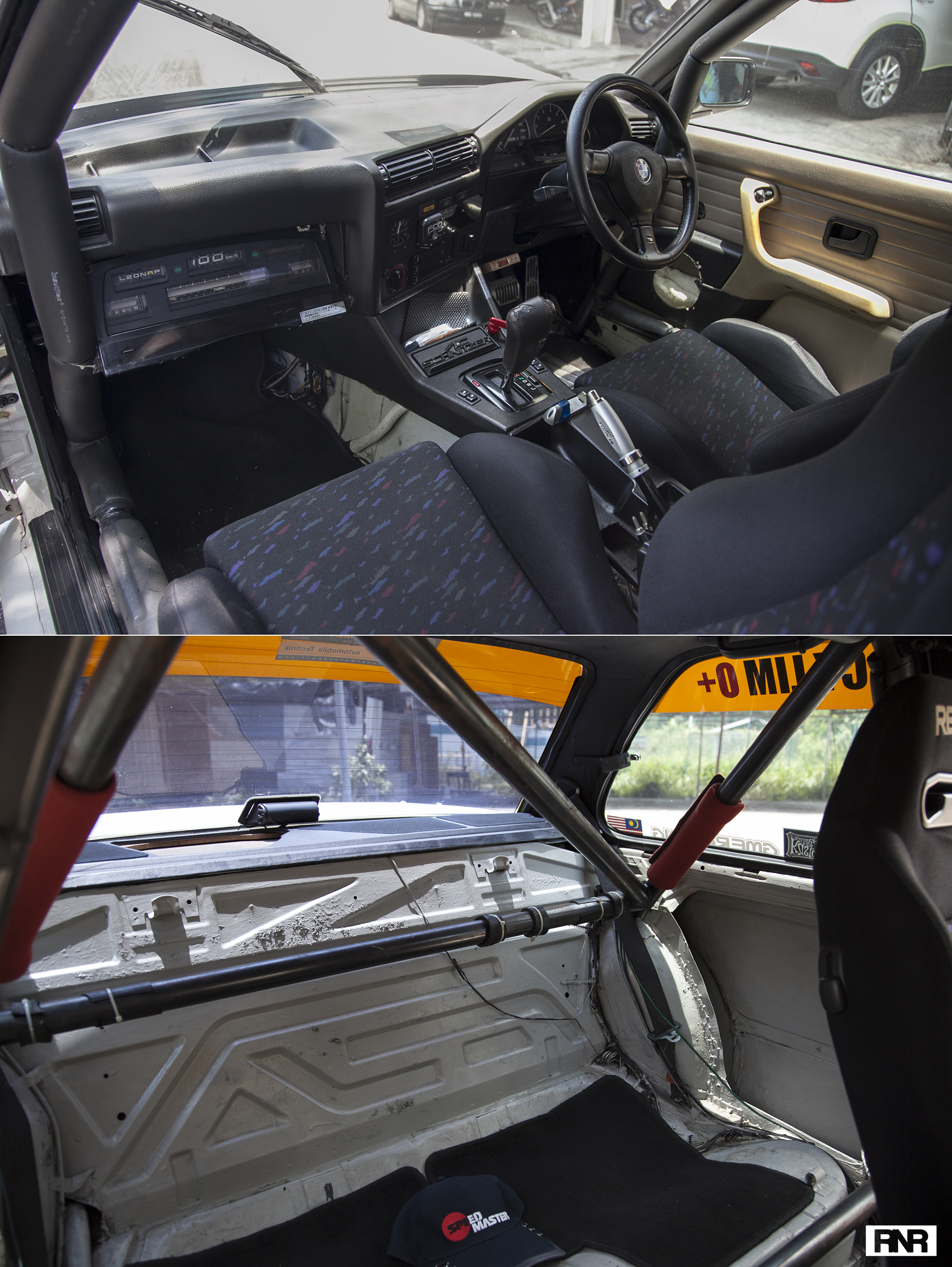 At this point I'm thinking to myself, DTM outlook, German pedigree, Japanese reliability, bare essentials and an automatic... What is Lim's goal? What does he want from the car? Again - his answer was simple.

Nice to drive lor. Can run with the crew and make me smile then I'm happy lor. 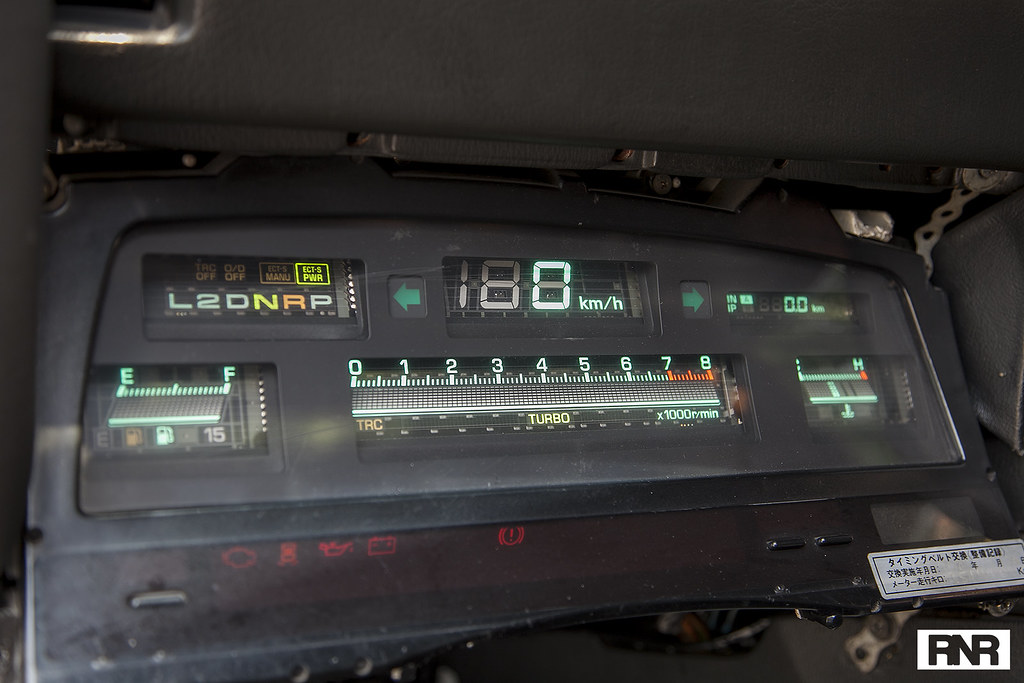 This E30 has 2 dashboards, the original BMW 323i dash which doesn't work and the Soarer digital dash which does and is located in the original glove compartment. A very cool add in if I may say so myself! Though, I'm not entirely sure you'd want to scare the living daylights out of your passenger by showing him/her how fast you're going through the bends....

The car-confusion is apparent everywhere in the car. AC Schnitzer accessories and carbon logos are plastered all over the car and at the same time you see HKS stickers everywhere too. 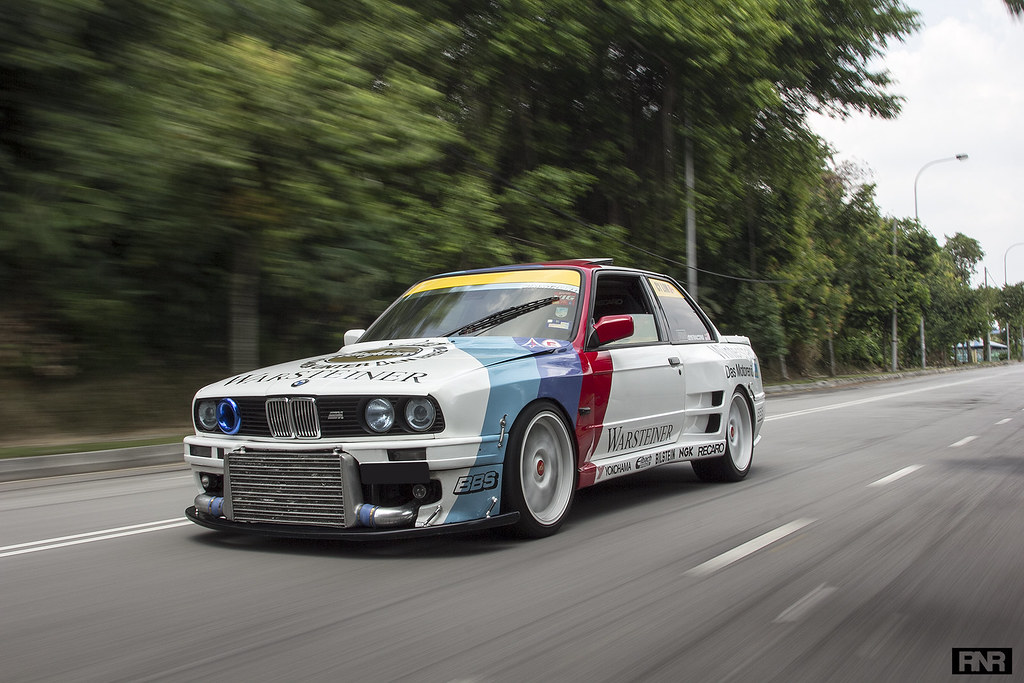 But ultimately it doesn't really matter. Japanese, German, Euro, as long as the car makes you happy then whether it's JDM, MDM, GDM, ABC, DEF, ZZZ or whatever, it's a good car. 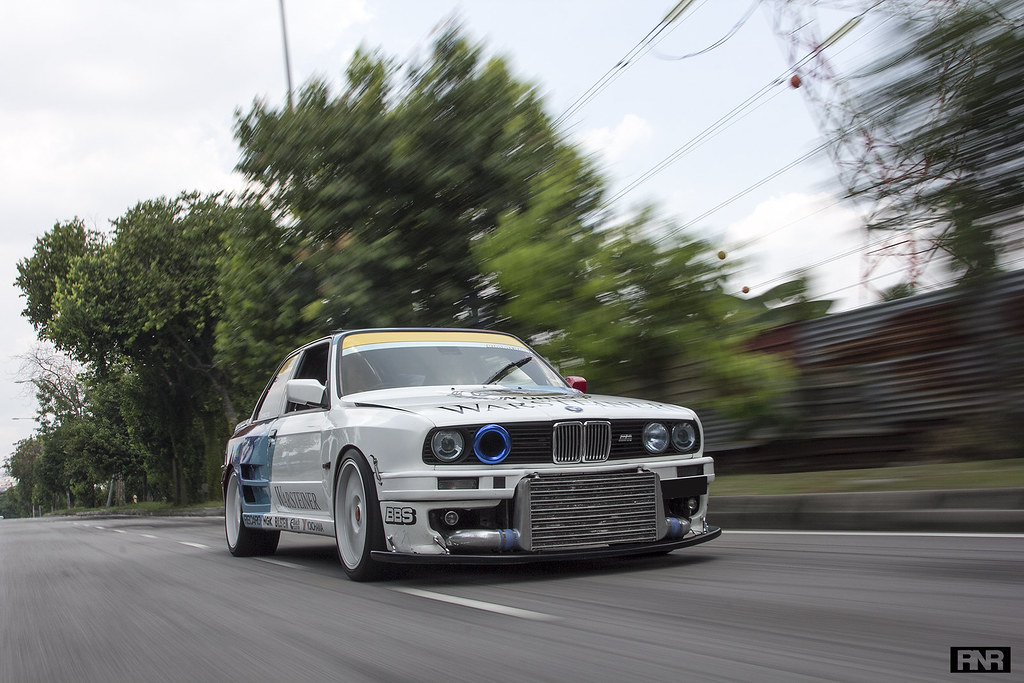 Having met Lim and his wife, and having seen how Lim pushes the DTM B-Toyo-M-ta-W and his wife not even blink at his shenanigans, I'm jealous. Not everyday you'll find yourself having direct access to a plethora of mechanic tools, own an awesome car and have a understanding partner who supports and doesn't mind your motorsport hobbies, Lim has it made.