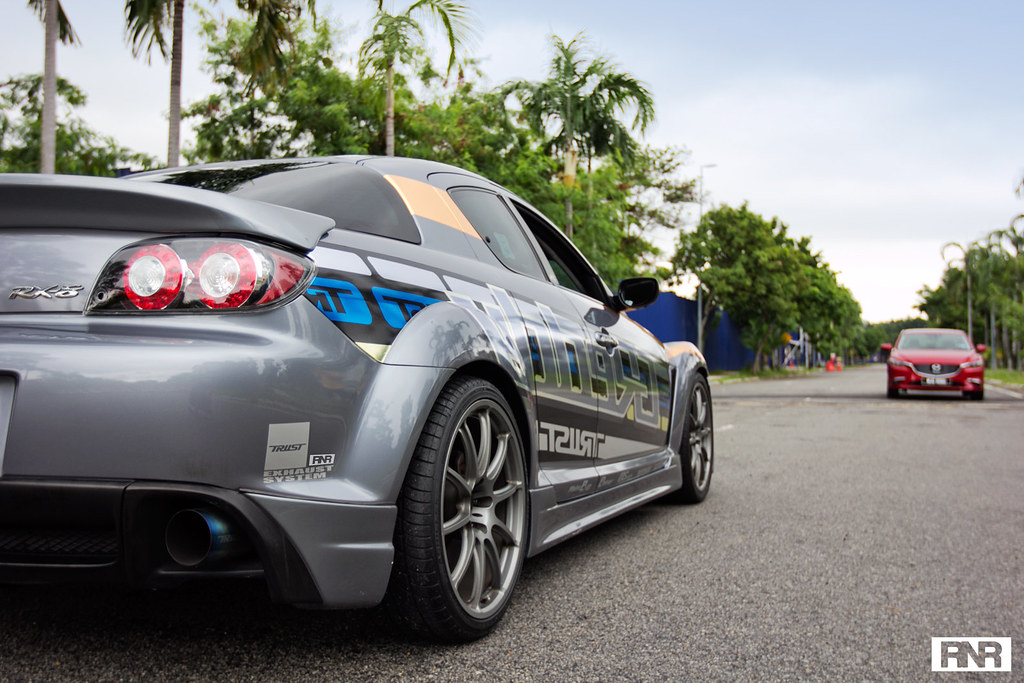 After Mazda ceased production of the legendary and very much loved RX7 FD3S, Mazda came up with the RX8. Featuring an all new naturally-aspirated 2 rotor Wankel Rotary engine, retaining 2 rotors but instead of Peripheral ports, multi side ports were used on the side rotor housing - hence the name, 13B-MSP (Multi-Side Port) Renesis. The aim was to reduce emissions, prolong the Apex seals lifespan and produce a powerful engine in NA guise. 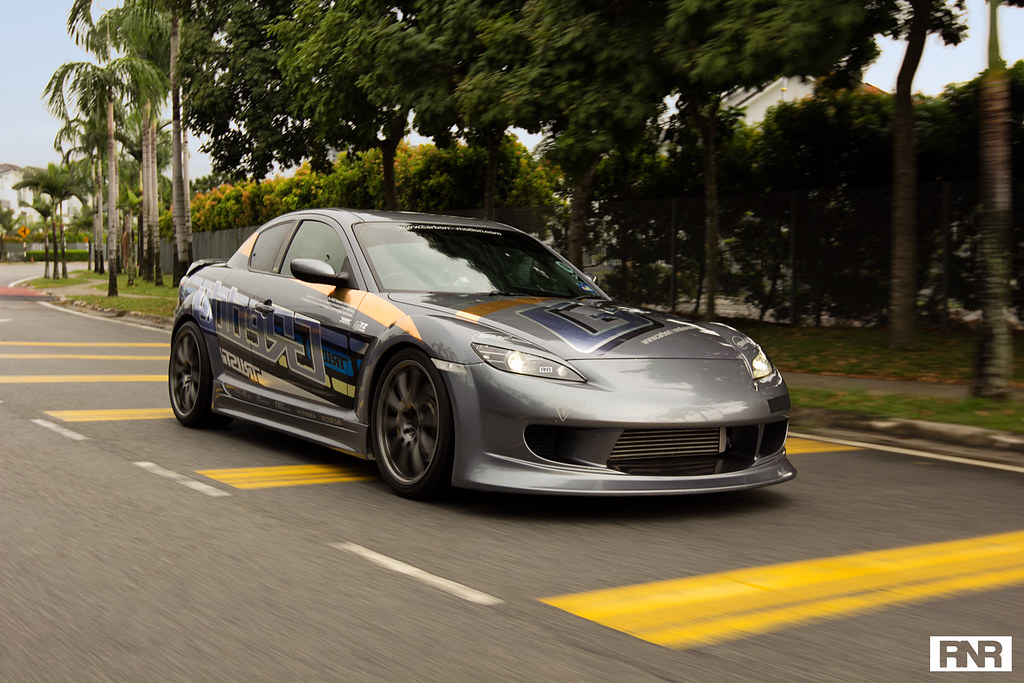 The then-new (it's 15 years old now) powerplant by Mazda produced 238hp at the crank without turbos, only with the help of high compression rotors (10.0:1) and the new porting design. Not too shabby considering it almost matched the 13B-REW that made 265-280hp with a sequential turbo. However this was only due to the industries "gentleman agreement" to reign in the horsepower to be in that range. 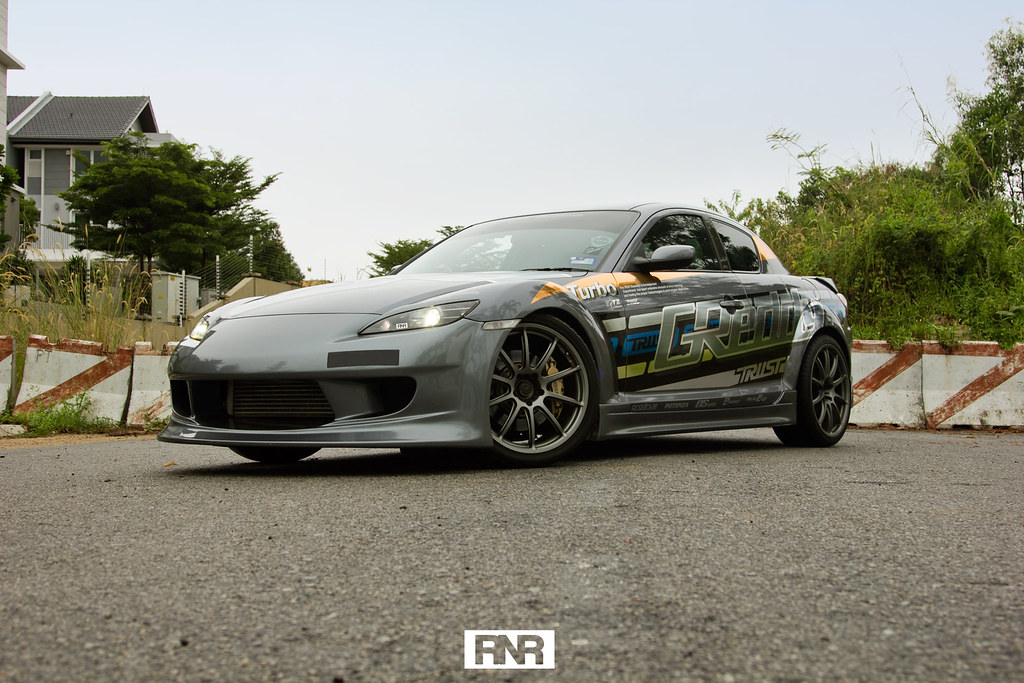 Not too long after the launch, owners started to compare the RX8 directly to the RX7’s tunability. With it being new, it was nowhere as flexible as the RX7. Nevertheless, aftermarket tuners were fast to come up with tuning packages. Look at the current 2015 Mazda MX-5 and all the current tuning packges being offered, don't forget that the car was just launched a few months ago! 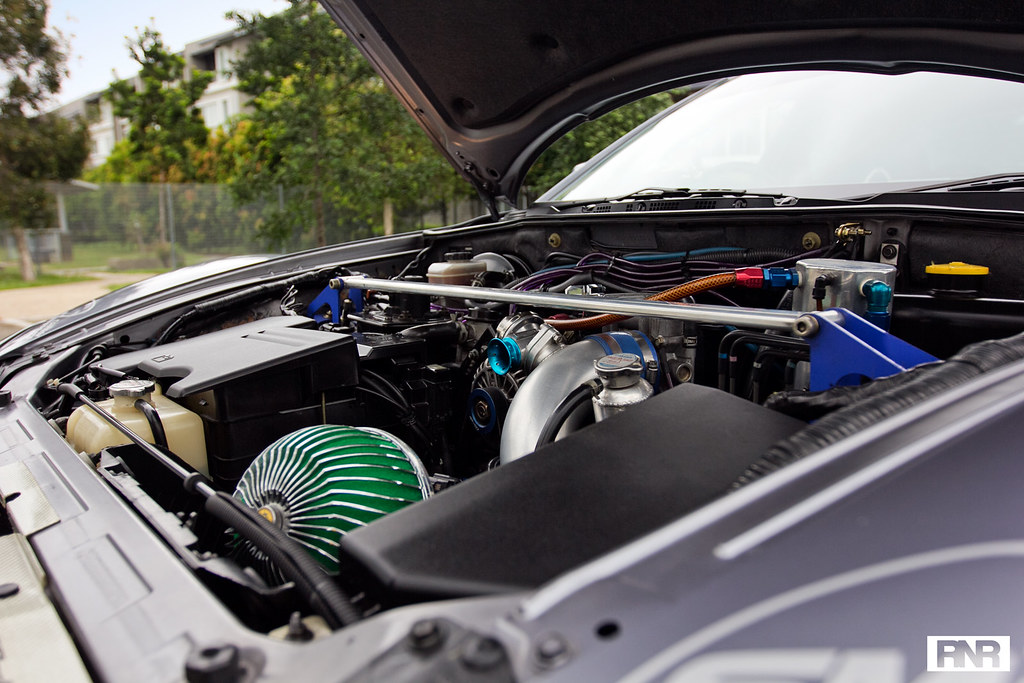 Greddy came out with a complete bolt on turbo kit for the RX8 that was compatible with the OEM high compression engine, raising the power to 250whp with 0.5bar of boost from the Greddy T618Z turbo. The kit came with a plethora of Greddy goodies such as the GREX 6 pot brakes, Greddy’s special Oil Pan and the T618Z turbo with the supporting mods on this very show car. That’s one of the perks of having an established relationship with the factory, direct access to the cars capabilities! 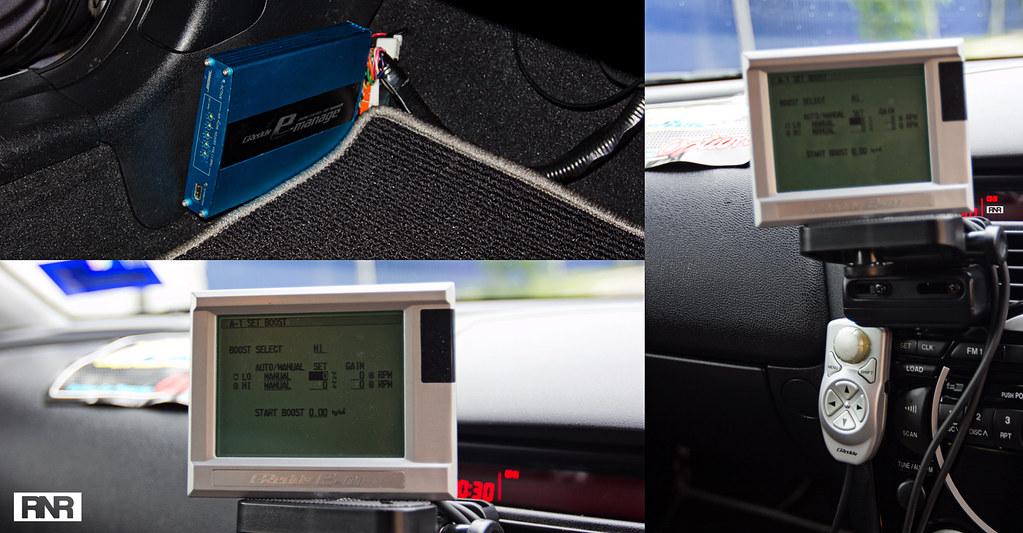 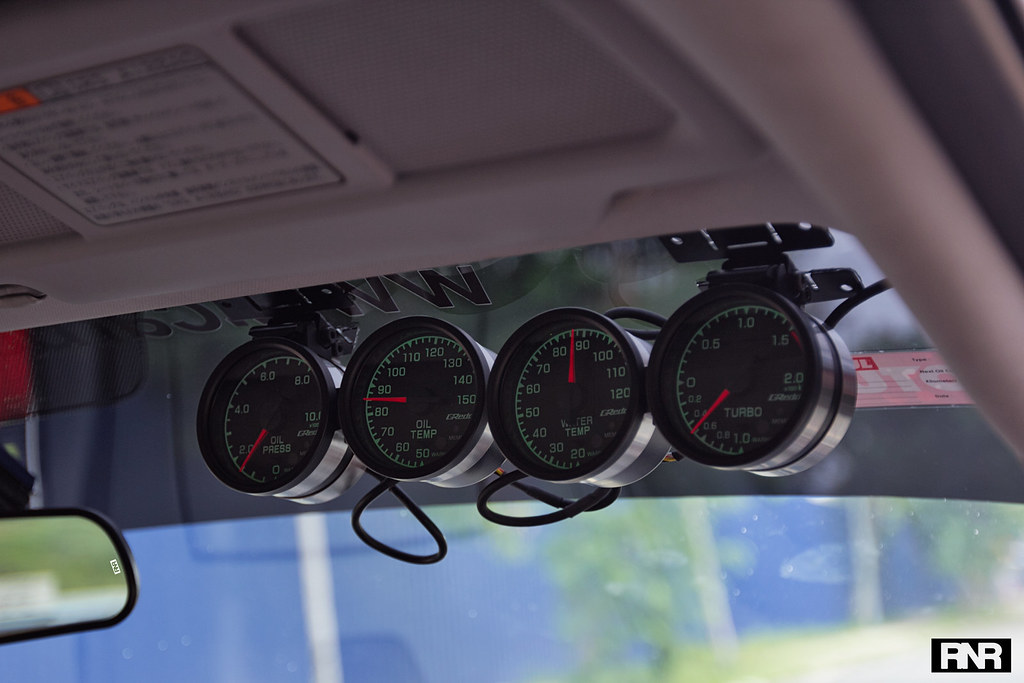 Back in the day, the whole turbo kit was worth RM12,000 (USD$3059), pre-tax. But Greddy was very good with marketing, pushing the Greddy RX8 to the masses with appearances in Tokyo Auto Salon 2004, as well as featuring it on 'Hot Version' video series. Being a plug and play, direct bolt on kit - owners of the kit can enjoy a little more refinement since nothing required any heavy modifications as opposed to a custom built turbocharged Renesis.


If you want to smell some JDM sweat (specifically Tsuchiya and Orido), catch this RX8 in action.

Other than the new powerplant, the RX8 was designed to be practical too. With unique suicide doors, the rear has two usable seats that can cater even for adults. As a front mid-engined car coupled with the smooth and featherweight rotary engine, it handled very well with people often comparing it with the Honda S2000. The suspension setup and geometries were fully thought out by Mazda engineers, improving the chassis design to better perform than all the previous RX-cars. From the video, you can see the 2 GT drivers praising the tuned handling. 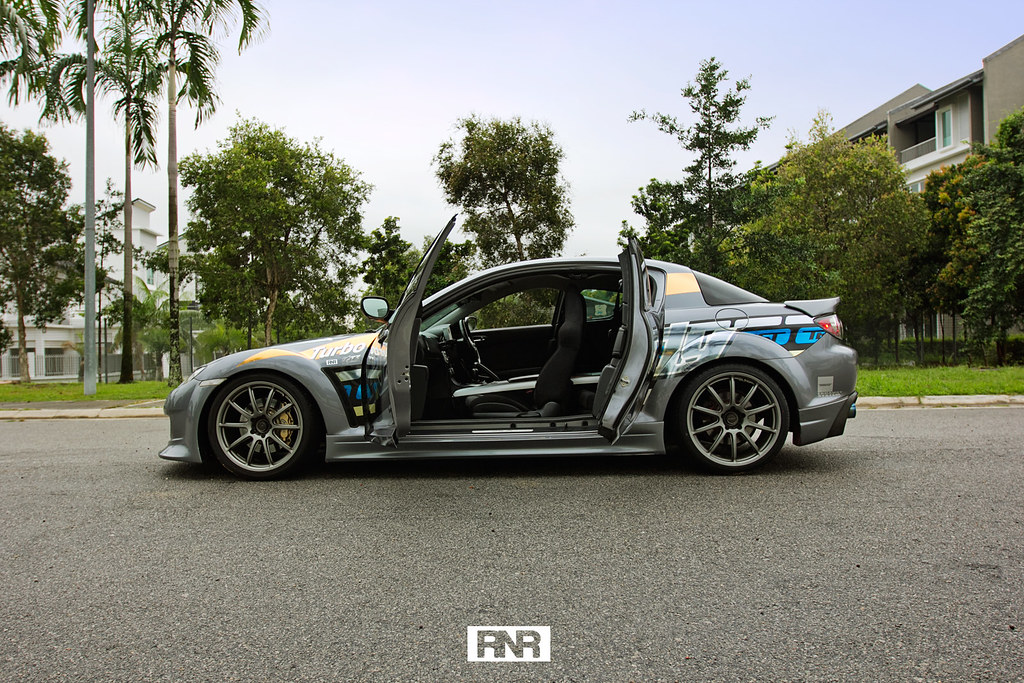 As a RX8 Club Malaysia committee member, Han was lured by his friends for more power. It felt like a downgrade for him after he sold his 3SGTE MR2 (which still can be seen around during meets with the unmistakable orange chameleon paintjob) to an automatic RX8. 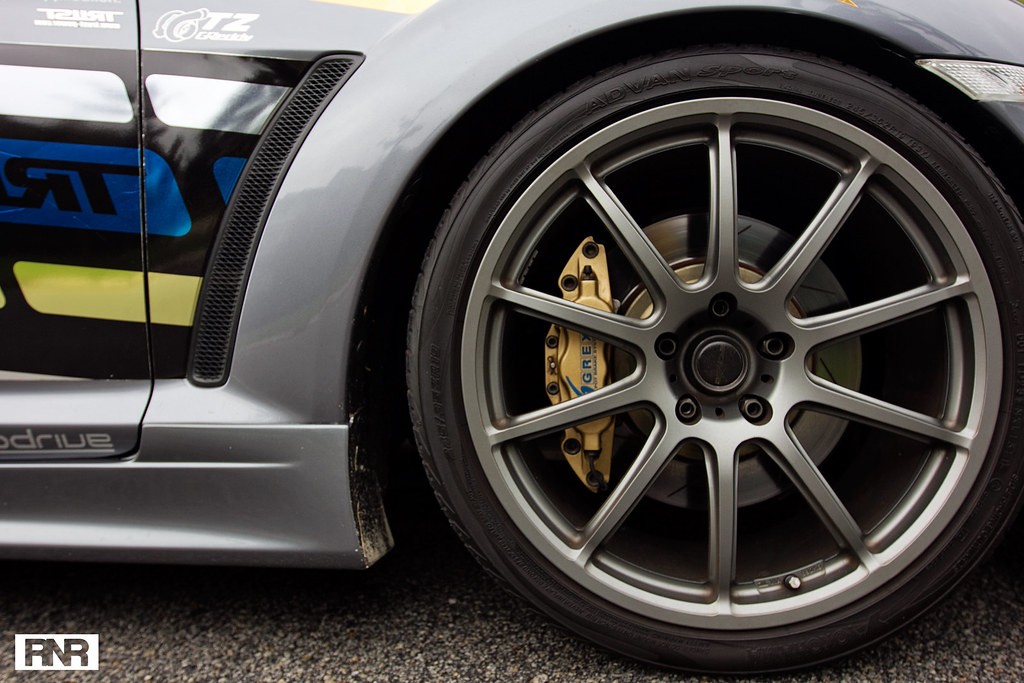 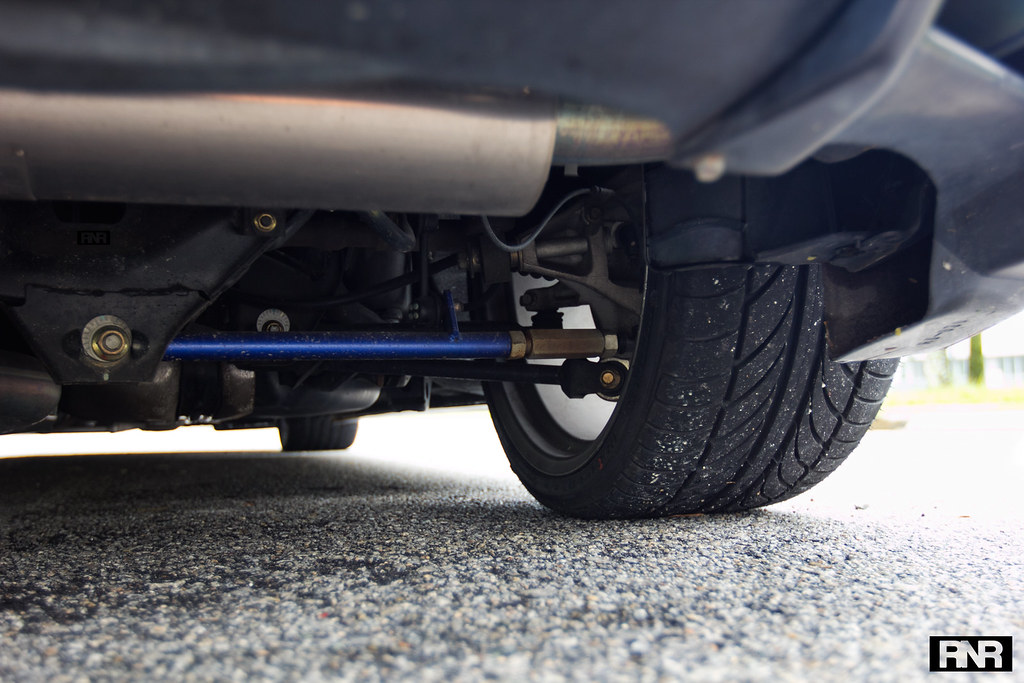 In 2005, after this grey RX8 appeared on Hot Version and TAS, Mutiara Motors brought it in via their close relationship with Greddy Japan. However, it sat in the showroom for 4 years, making appearances in the Kuala Lumpur International Motor Show where it caught Han's attention. Upon closer inspection, this wasn’t an ordinary show car, it was performance oriented too! He ditched the automatic RX8 he bought for his wife, swapped it for this car and started modifying it. 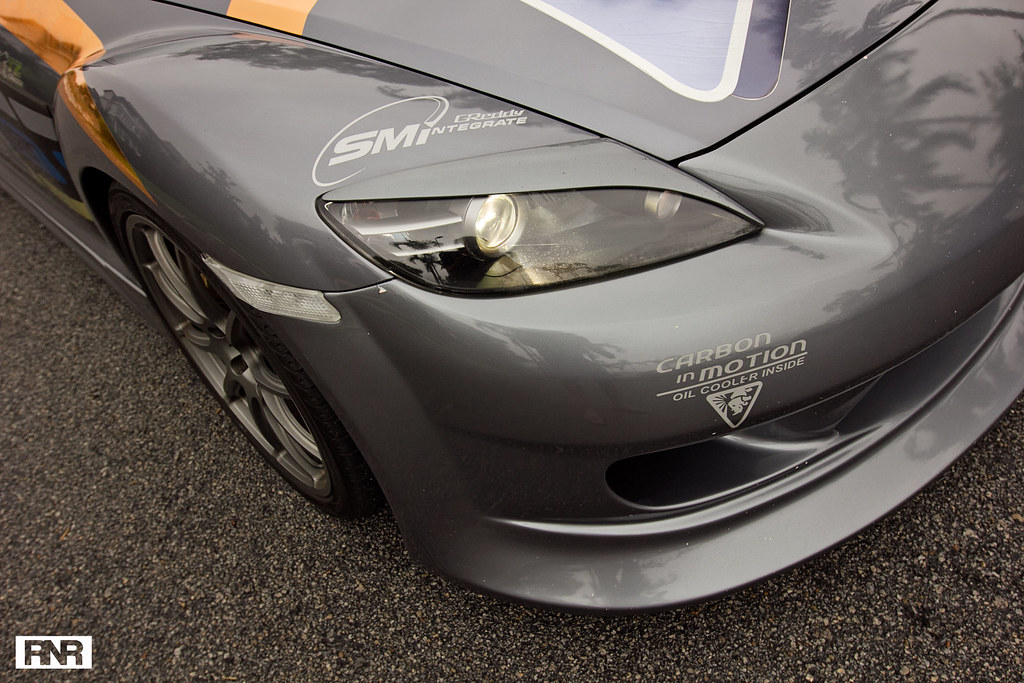 Being the enterprising entrepreneur, Han used his 'new' car as a marketing tool. It was the test bed for at least 10 different front bumpers for his company Carbon In Motion, attracting the Malaysian and Singaporean RX8 owners with its perfect fitment. Being the retail manager at Carbon in Motion, if you bought a product from Carbon in Motion, chances are it was hand packed and shipped by yours truly! 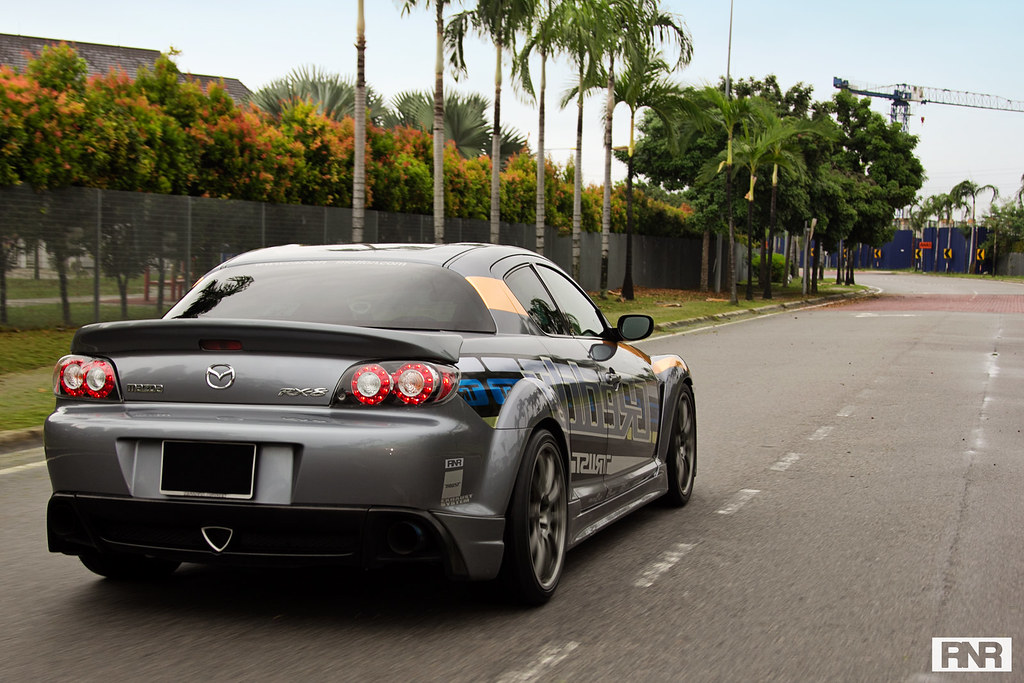 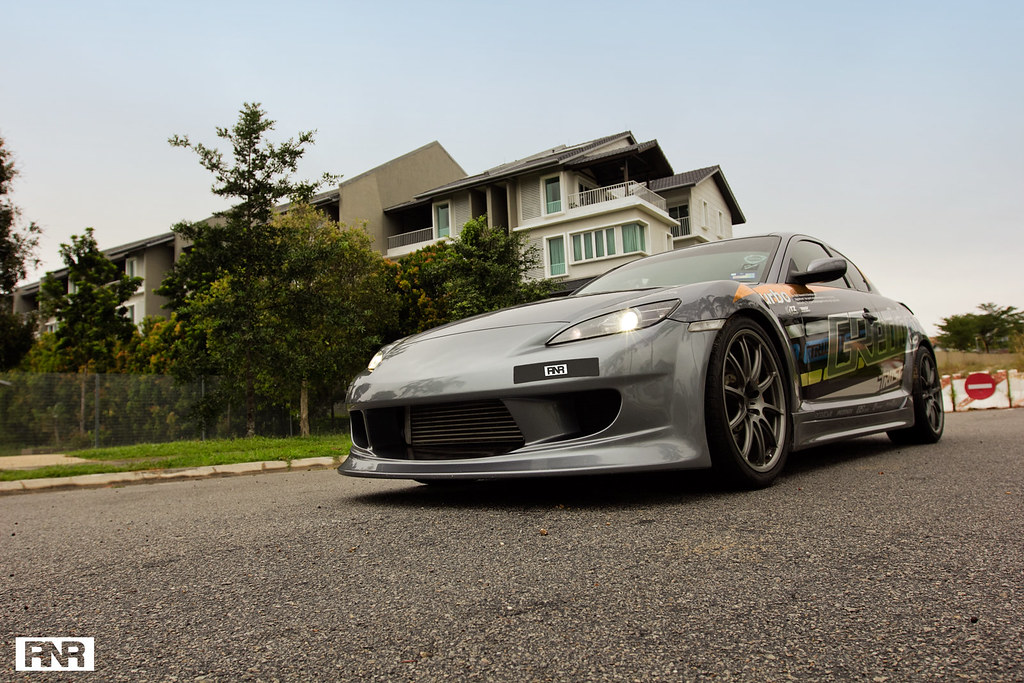 The car no longer sports the original bodykit from Mazda. Rocking a VTX front bumper, side skirts and a INGs spoiler, it enhances the innocent looking OEM front end. The car isn’t being used very much but when it does roam the streets, the front bumper collects a few stone chips here and there. Still, with 30,000km on the odometer, it's mechanically mint! Han used to do gymkanas with the MR2 but since Han junior #1 was born, he unfortunately stopped. 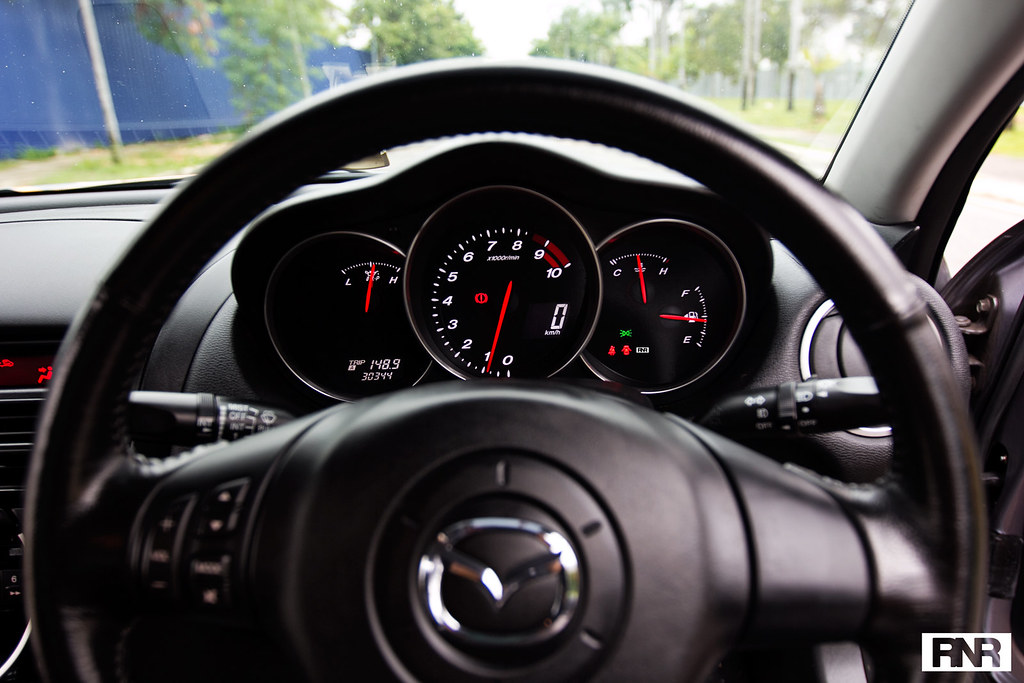 Han advertised this car for sale 2-3 years ago but RX8 enthusiasts are hard to come by. With the trend changing, everyone seems to be going for European cars, such as the Megane and Golf GTis. I honestly hope Han will keep this car even though he isn’t around to drive her everyday. Keep JDM alive, keep the RX8 alive and most importantly keep the rotary spirit alive!

Note: Thanks Aswan for lending a hand.