Luxury, performance, fuel economy all in one package. Tuning für Ihren BMW, roughly translated to "Tuning for your BMW" is one of the many slogans BMW tuning house Hartge uses. Although lesser known compared to the likes of Alpina, M-Sport, AC Schnitzer and so on, Hartge has been churning out modified cars since 1971! Hartge originally specialized in BMWs, Minis, Range Rovers and the now defunct Juno cars. They built their reputation by plonking in the largest engines they could find and shoe-horning them into smaller sized cars. Such as this massive 3L inline 6 diesel in this 5-series E60 body. Unfortunately for Malaysia, Euro-5 diesel was only just recently introduced in Malaysia (about 2 years thereabouts) so you can imagine why diesel cars never quite hit it off here. With our old diesel fuel, injectors would clog up and plumes of smoke would be the end result in any diesel vehicle. Only trucks and tractors survived the onslaught of the poor diesel quality. Being the cheapest fuel type right now in Malaysia (at the time of this writeup, it was RM1.35 or roughly USD0.40 a liter), I may consider getting a diesel in the near future. Why? Read on. This beautiful E60 Hartge Diesel is a very limited run special edition car and with 600nm torque on call, that's plenty enough reason for it to be special. Tweaked, the car will dish out 800nm of torque without any mechanical modifications! It's almost enough power to change the gravitational spin of the earth! (Ok I exaggerate. I know the AMG Black series Merc churns out a tyre slashing 1000nm of torque. That would probably make the earth spin out of orbit) Hartge did a pretty impressive job with this car. Suspension was completely tweaked to provide both comfort and sporty handling, interior luxury is typical BMW plush, and as expected from any BMW, it handles pretty well too. The only unfortunate thing about this particular Hartge Bimmer is that it had its CF steering wheel stolen. The previous owner had forgotten to the lock the car and that was the only thing the thief could steal. Considering it's rarity, it would probably sell well in the open market so if anyone sees a Hartge full carbon fiber steering for sale, let us know. This being a diesel means it has loads of torque. And has incredible fuel economy. Yes - Power and excellent fuel consumption really does exist! On average, with the occasional spirited drive and being driven fully in the city, it'll take 600km to 700km before you'll see the fuel warning light pop up. If driven on the highway, 1000km shouldn't be a problem. But with that much power on call, you're probably looking at 800km to 900km plus a few speeding tickets realistically. Nevermind the fact that there's only a handful of Euro-5 compliant petrol stations in Malaysia at the moment. You'll have plenty of fuel in your tank to get you there. The cost of maintaining this Bimmer however isn't exactly economical. However in comparison to a local car, it's interestingly affordable. Granted, it'll take large wads of cash to fix up parts like the injectors (RM6k/USD2k to swap them all) and the suspension and lower arm bushes (RM4k/USD1.5 for everything), but they last longer than the average local car part.

Longer is better (she said so too). This Hartge Bimmer overall is nearly stock. Aftermarket rims, a racechip box which came with the car (not sure if it's stock or not) and a DIY ECU reflash is all this car has. The owner has spent a small fortune fixing it up when he bought the car but it's been problem free since spending all that money. 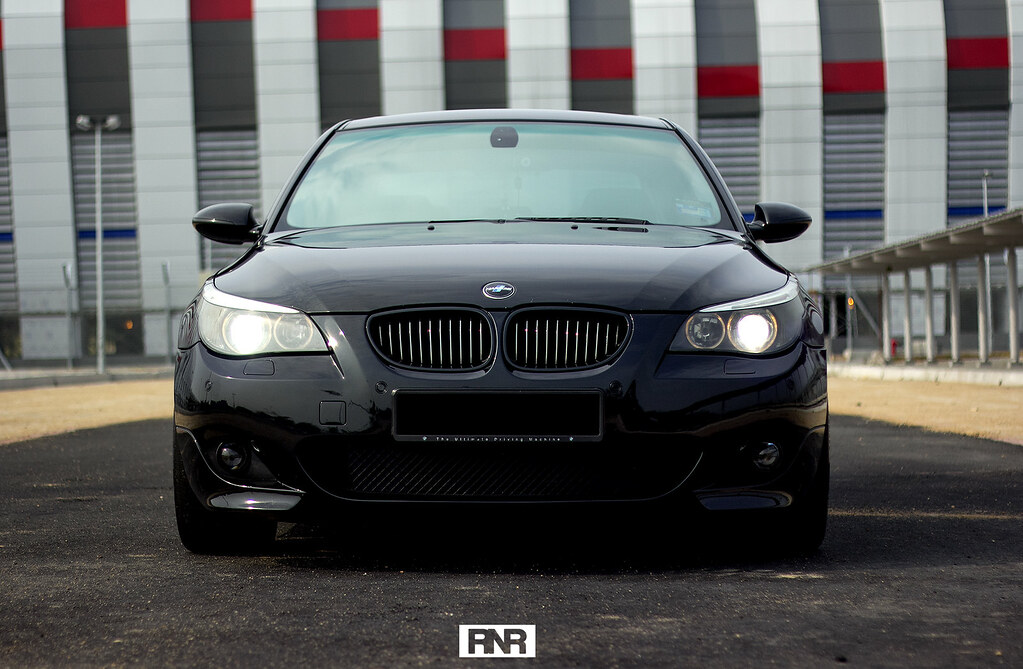