With some insights of how to properly swap a 1JZ. 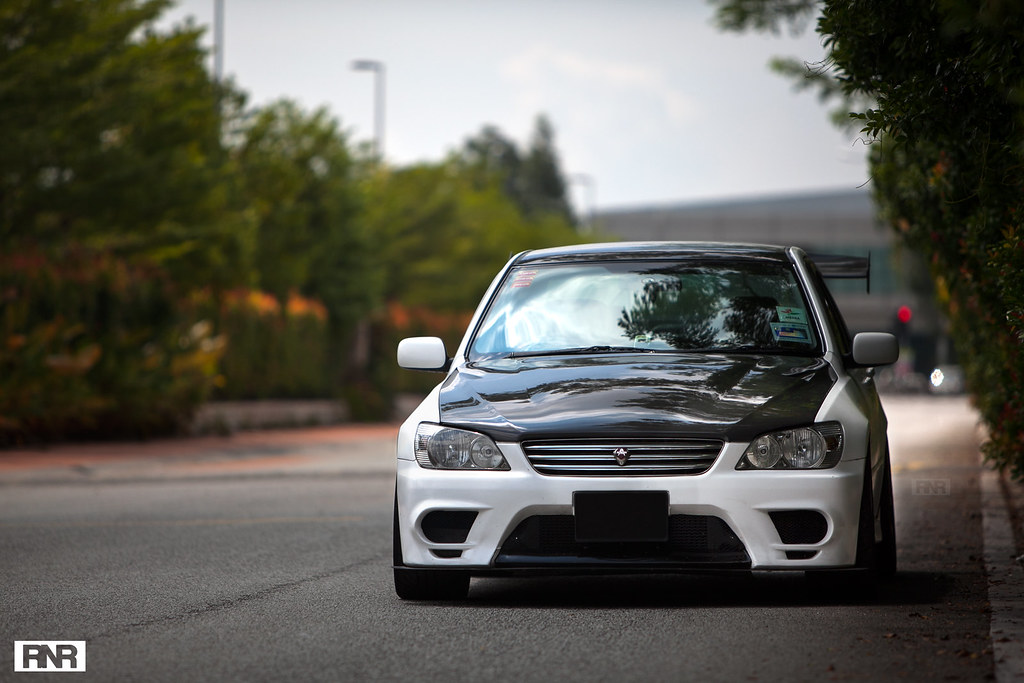 The Altezza has been around for almost 2 decades and its following is still strong. Appealing to demographics of all ages with its ageless but chic 4 door sedan look, rear wheel drive and in Malaysia, the bonus of a relatively cheap 2.0L roadtax. It was offered in America with a 2JZ-GE, many bolted with turbos to make performance exhaust fuming machines. In Malaysia though, the 2JZ is a pricey piece of metal so naturally the 'cheaper' 1JZ was the alternative. In fact, the 1JZ is widely used in other make engine-swap projects.

Not saying the 1JZ is cheap, it’s just cheaper - both in terms of modifying and base engine price. Alvin understood exactly that. Very much like the 2JZ, the engine itself can withstand a fair amount of boost. Alvin's IS200 is running a Holset HX35 which turns it up to north of 400 horsepower. It wouldn’t be interesting to mention JZs without mentioning the numbers to satisfy the fanboys!

He bought an IS200 purposely just to swap in the 1JZ instead of the more expensive 3S-GE (at least RM10k or more expensive in fact!) The IS200 came with the less favourable 1G-FE (2.0 straight six), making much lesser power but smoother than its high-revving 2.0 bigger brother 3S-GE. 5 years ago Alvin was a drifter using an AE86 built to D1 specification to compete in Malaysian drift events. However with the decline of the drifting scene in Malaysia, he followed suit and sold the 86. Had a short hiatus and bought the IS200 4 years later.

It all started as a dream car obsession like everyone else when the XE10 chassis came out in 1998, impressing Alvin with its flexibility to be able to fit in 4 different engines. Using the GXE crossmember (1.5mm thinner than SXE’s) from the 1G engine, he was able to mount the engine lower (30mm) by using 2JZ mounts versus the 1JZ mounts. With a mix of 3SGE supporting parts, the oil sump was cut to clear the crossmember, which is a small price to pay for the added benefits, and it even clears the stock front strut bar. No solid metal engine mounts were used. One more thing is, the original fuel lines are on the same side as the 1JZ, less errors to be made by the mechanic when doing the swap! The 1JZ is governed by an Adaptronic brain along with some stealthily placed meters. 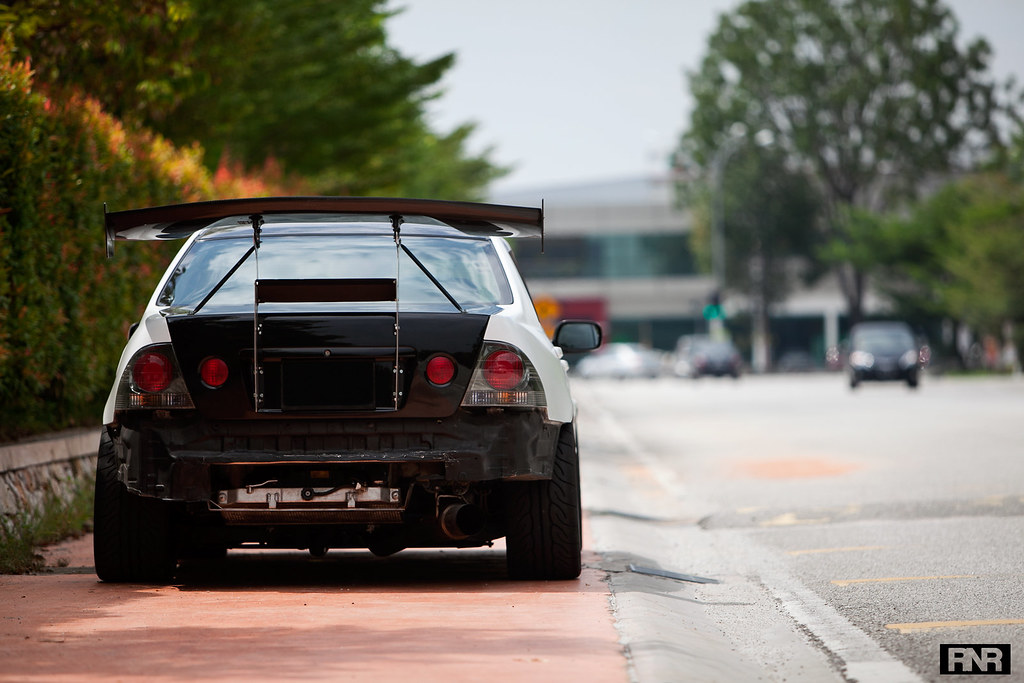 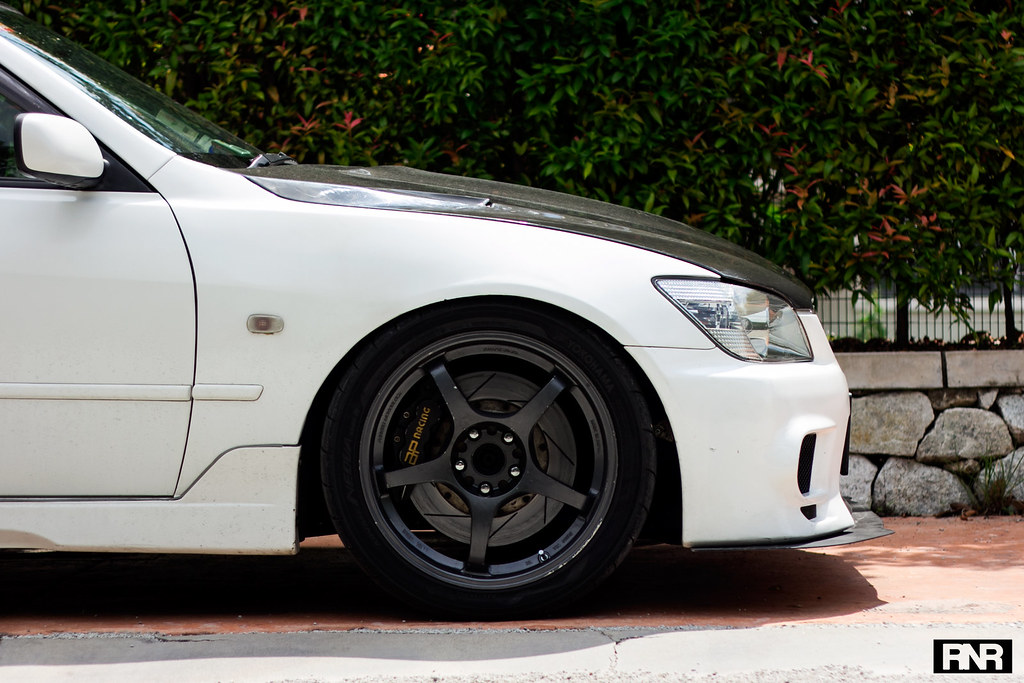 We know how scorching hot Malaysian weather can be, so we tend to care for our cooling systems - no, not the air conditioning - the radiators/coolers! Take note of the obscene rear end of the Altezza, bumperless-airflow to let the second radiator’s hot air escape easier. When Alvin guns it on the track, the car doesn’t overheat at all! In fact, the brake components and rear differential will fail before the cooling system even breaks a sweat!

During recent track days at the Sepang International Circuit, Alvin broke the rear differential, brake pads and a brake servo! No wonder no international time attack events wants to be held here. The rear bumper is taken off only during track sessions, he has plans to redirect the air through a properly designed bumper. 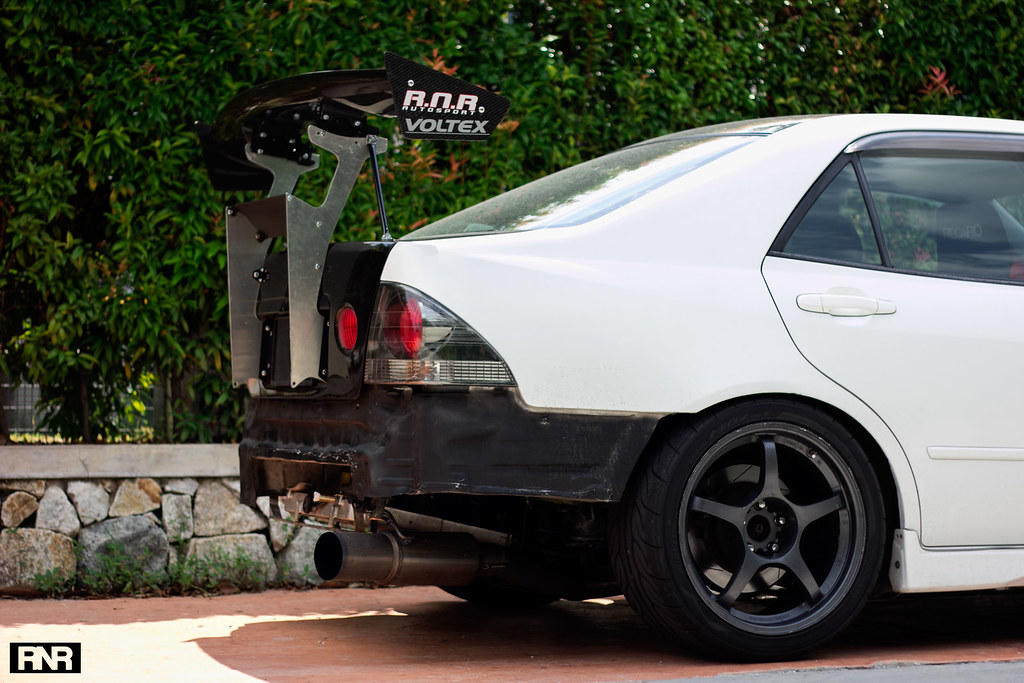 Instead of going to the popular Malaysian chassis brace specialist, Alvin went through the trouble of sourcing all the IS200 Cusco bars which took 4 years to complete. The suspension is planted along with a custom roll center adjuster, rear axle rods and tie rods for the added steering lock. With the rigidity coupled with the 20kg springs up front, I wonder what kind of streetability this car has especially since he has mentioned that he ferries his kids around in the car! 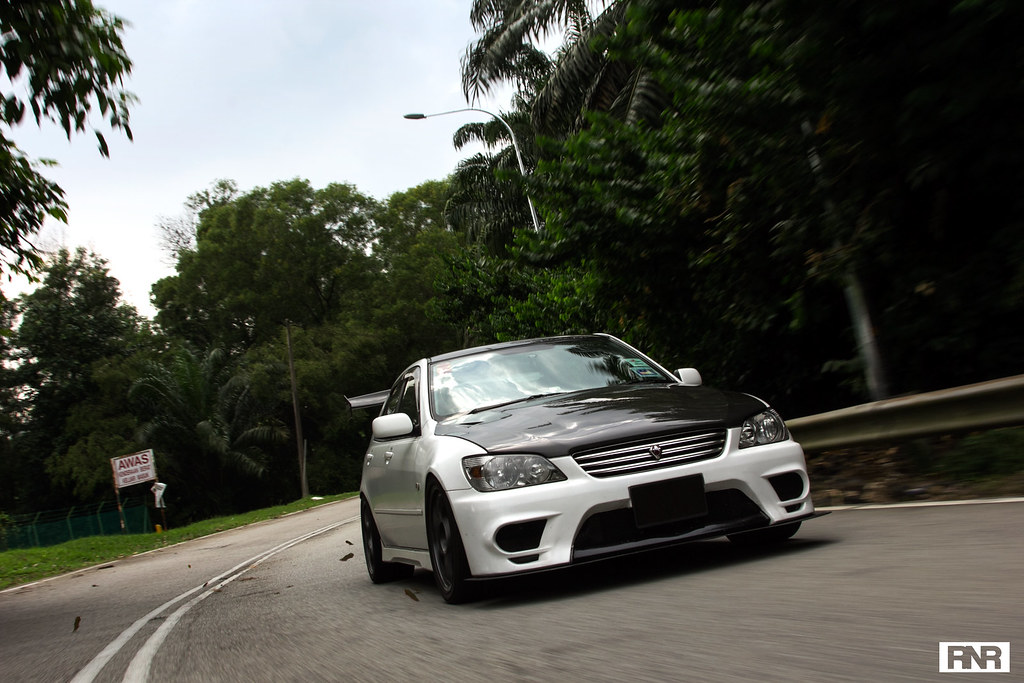 To lighten the car, the usual carbon fibre hood was installed and he got himself a carbon fibre roof which is a rare find! 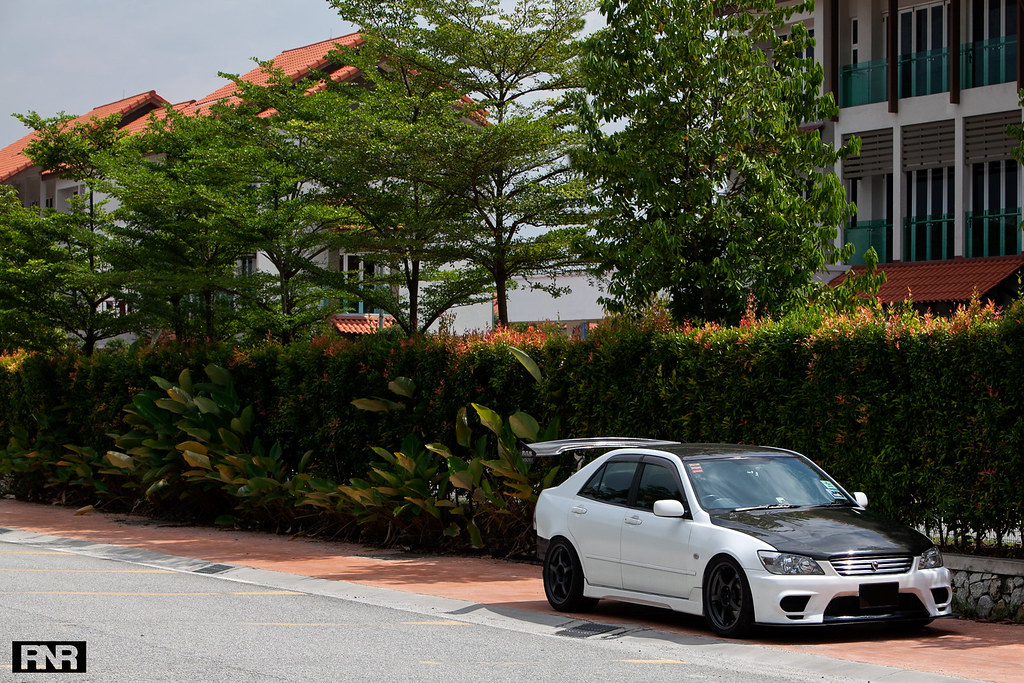 When Alvin bought the car he was hungry for power and with the mods he has now, he's satisfied that hunger. But he misses one of the greatest gifts of the IS200, the 50:50 weight distribution. The IS300, which is the 2JZ powered IS, is configured for a 54:46 weight distribution, which Alvins car should be at now. He has made the decision to sell the engine and replace it with something lighter, not necessarily less powerful though - However it might lose its sweet straight-6 growl. We shall see.