DIY / DIT - Getting our hands dirty

Car enthusiasts getting together for a common purpose. 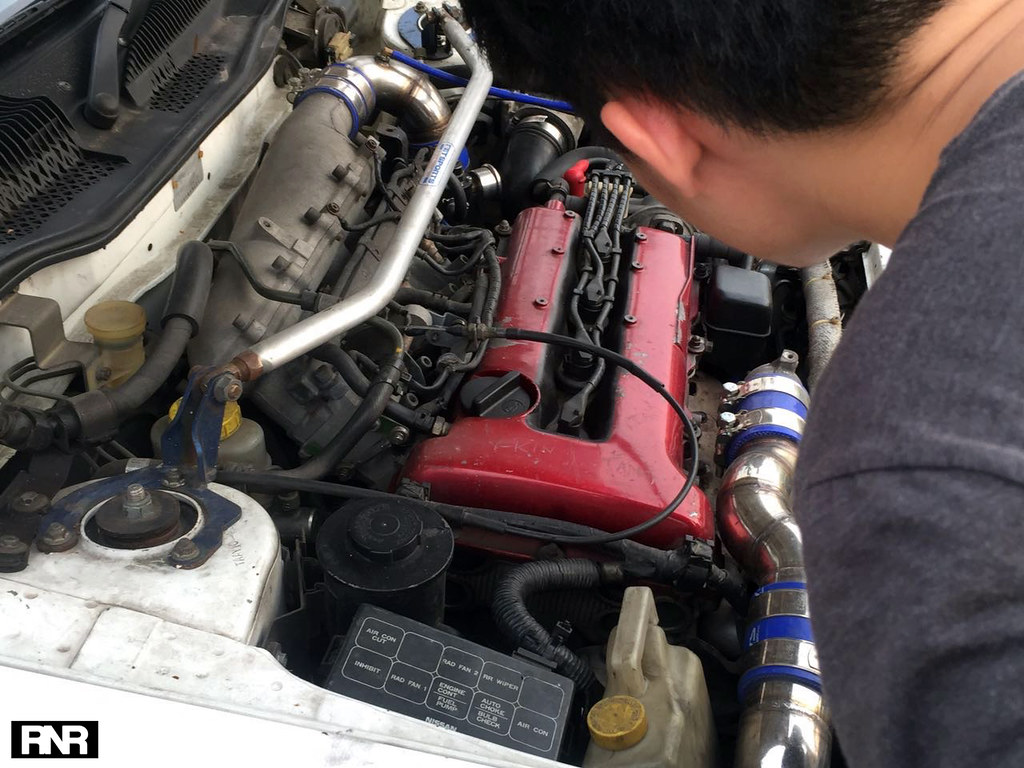 Even though car enthusiasts have one commonality, making friends is never an easy thing to do. So the easiest way to initiate conversation is to offer up someones car as a candidate to be completely molested by random strangers at another random strangers house. 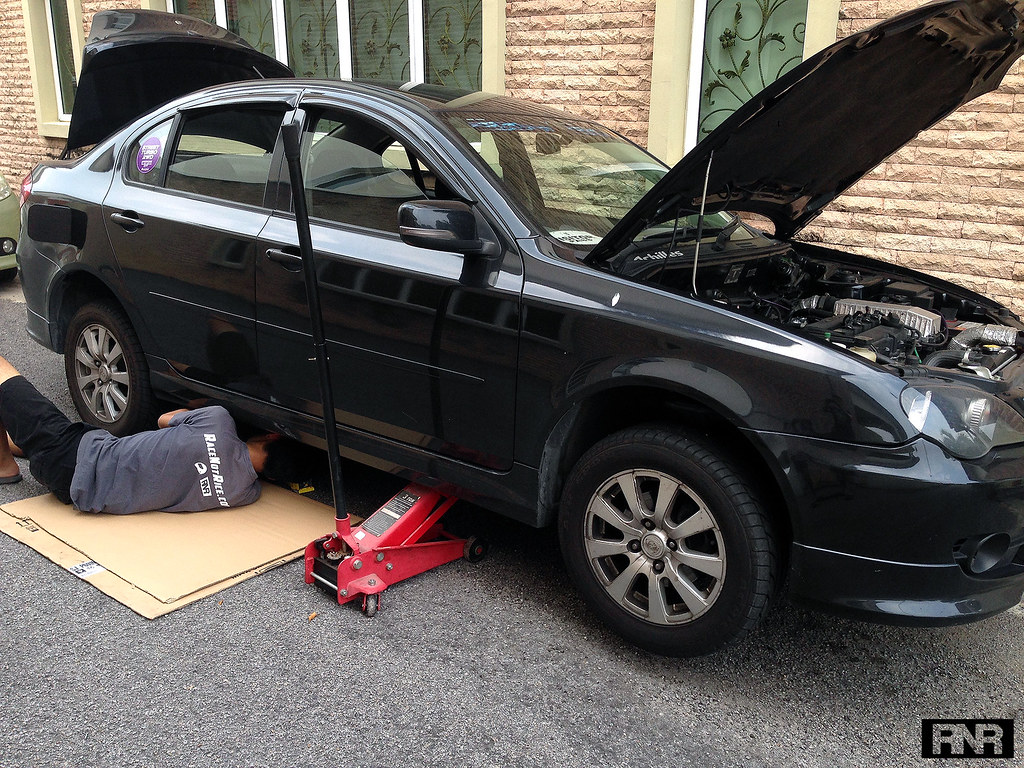 Although the group you see here aren't exactly strangers to one another, it all started with one person suggesting we should all get-together for a DIY (do-it-yourself) / DIT (do-it-together) session on our cars. Every other person had something the other didn't have - a 3-tonne mechanics jack, how-to skills on how to clear up yellowing headlamps, general tools and ratchet tools, etc. Put them all together (the people) and you have yourself a complete engine-oil-polish-metal-spar urethane-sausage fest. Wait - that's not entirely true. We had a lady join us sometime ago and she was an automotive engineer by trade and she was guiding everyone on the how-tos on all things mechanical. So not entirely a sausage fest. 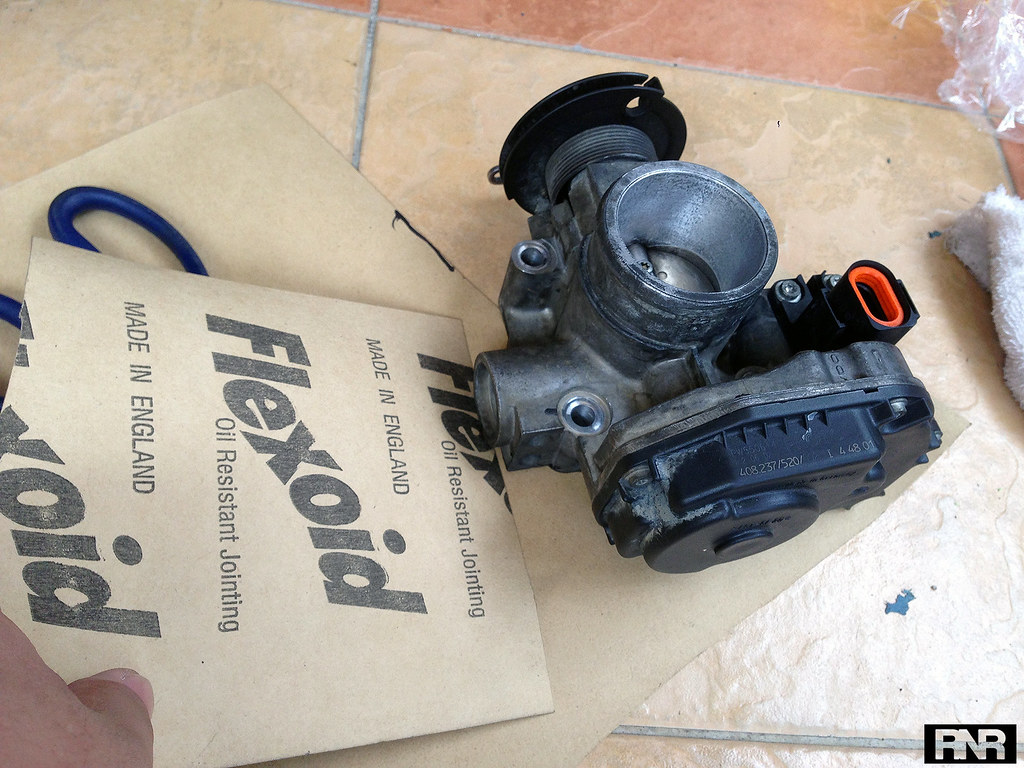 Why do we DIY? Mostly to cut costs. But sometimes it's all about the interest and the eagerness to learn. Instead of being at the mercy of your mechanic, learn to DIY and you'll never have to pay another cent for services rendered or never get conned into changing your blinker fluid. 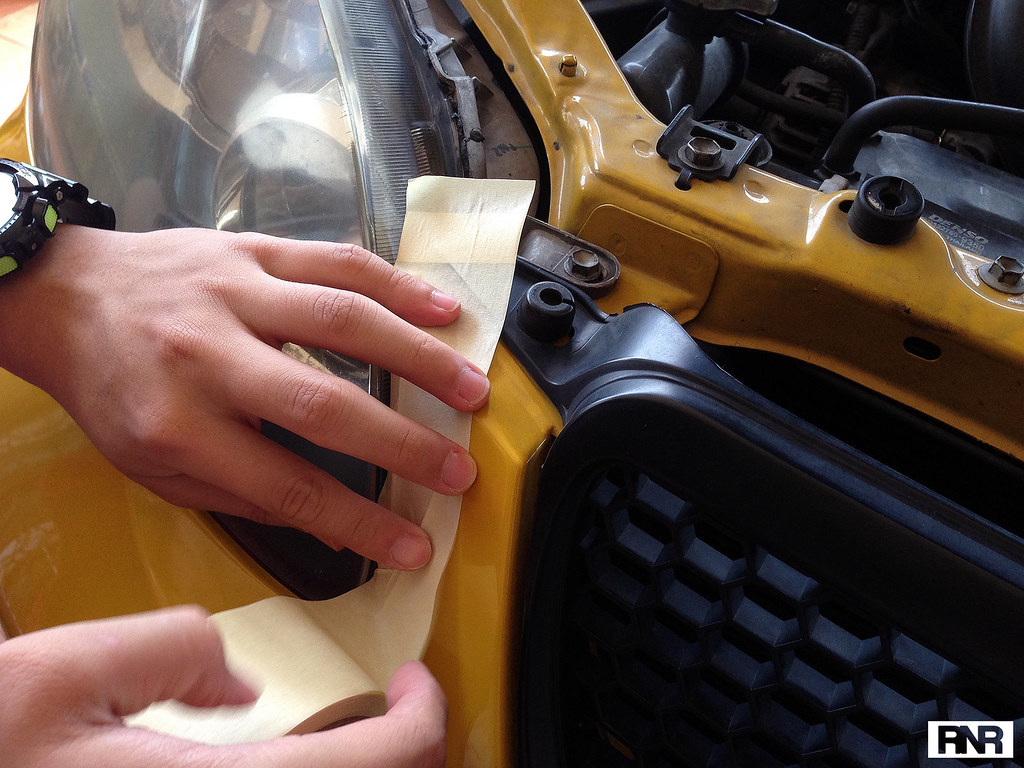 (Yes.. those feminine hands belong to Mr Lady-fingers. And no, it was not photoshopped. Admittedly though, having hands like that has its benefits, he was able to access bolts and nuts my massive pudgy hands could not.) 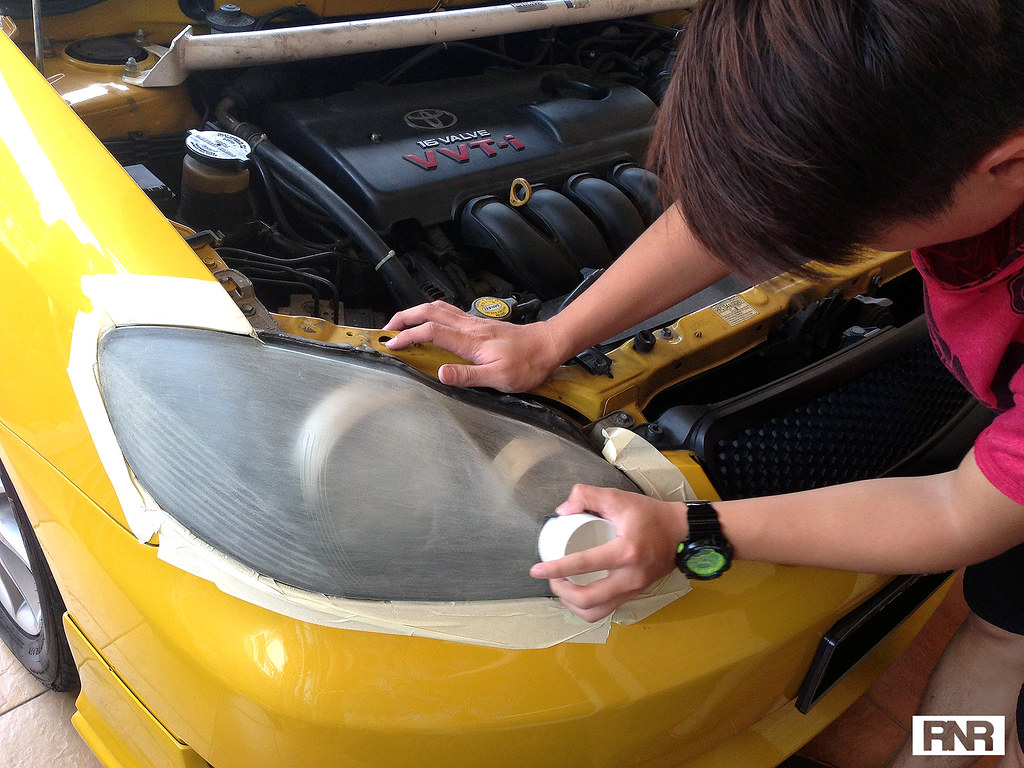 I don't know about the others, but for me and at my stage in life, I rarely go out at night not because I don't want to, but because I physically can't. By 10:30pm I'm in a dazed dream-like state and usually by midnight I'm in a REM induced coma. So having a daytime meeting of friends without the awkwardness of having nothing to talk about whilst sitting around a table is a welcome change of pace. 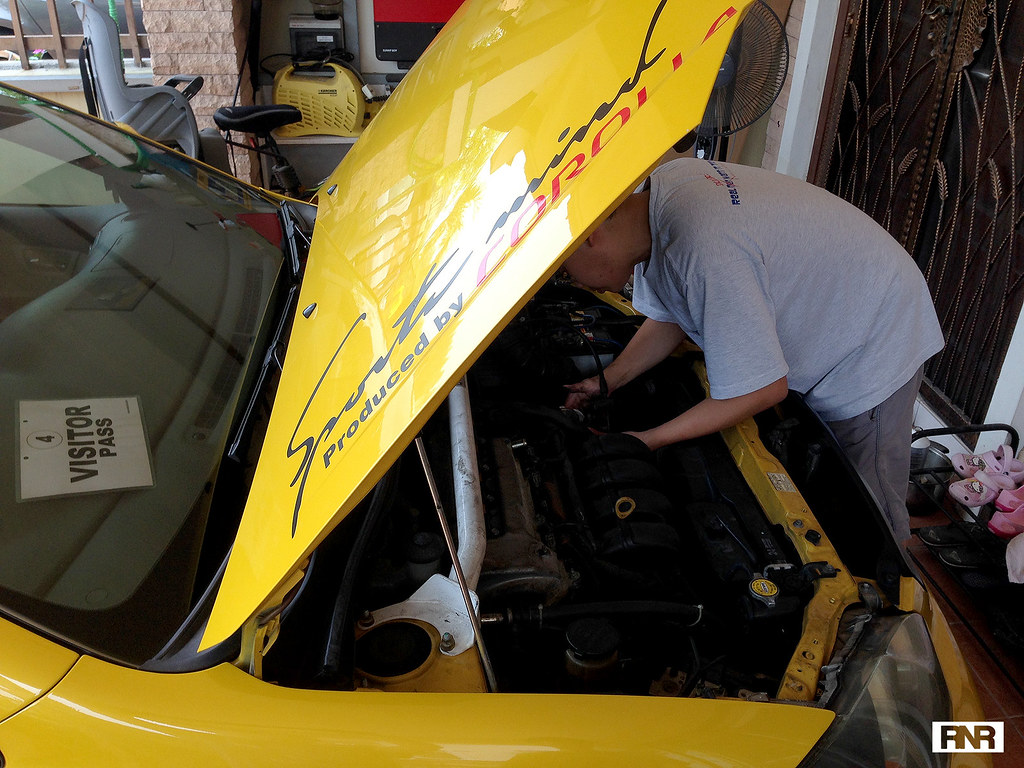 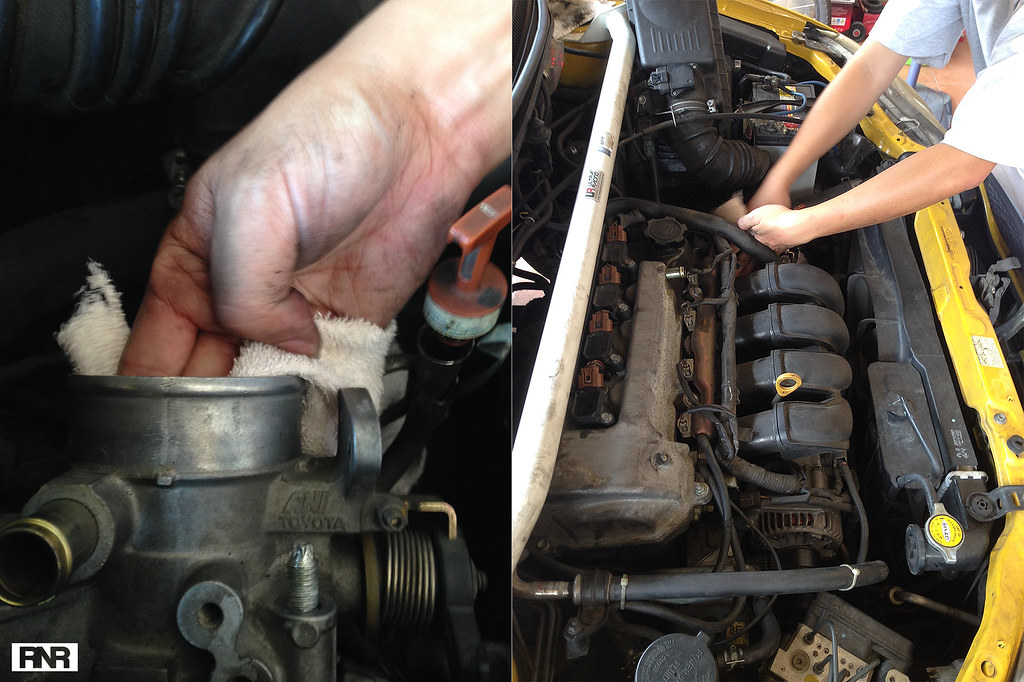 The interesting thing about DIY sessions sometimes is seeing the level of competency of other enthusiasts and getting them all fired up on all matters relating to their cars. There was this one Wira owner who dropped by to do a radiator flush because his car was always overheating. Thinking he had rust in his radiator (when he opened the cap it did seem murky and brown) everyone helped him flush his very clean radiator. After a lot of tinkering and testing, it was later discovered that he had a non-functioning radiator fan and it was only the cap area of the radiator that was brownish for some reason. DIY to the rescue! Had we not discovered the issue he'd still be running around town with an overheating engine. 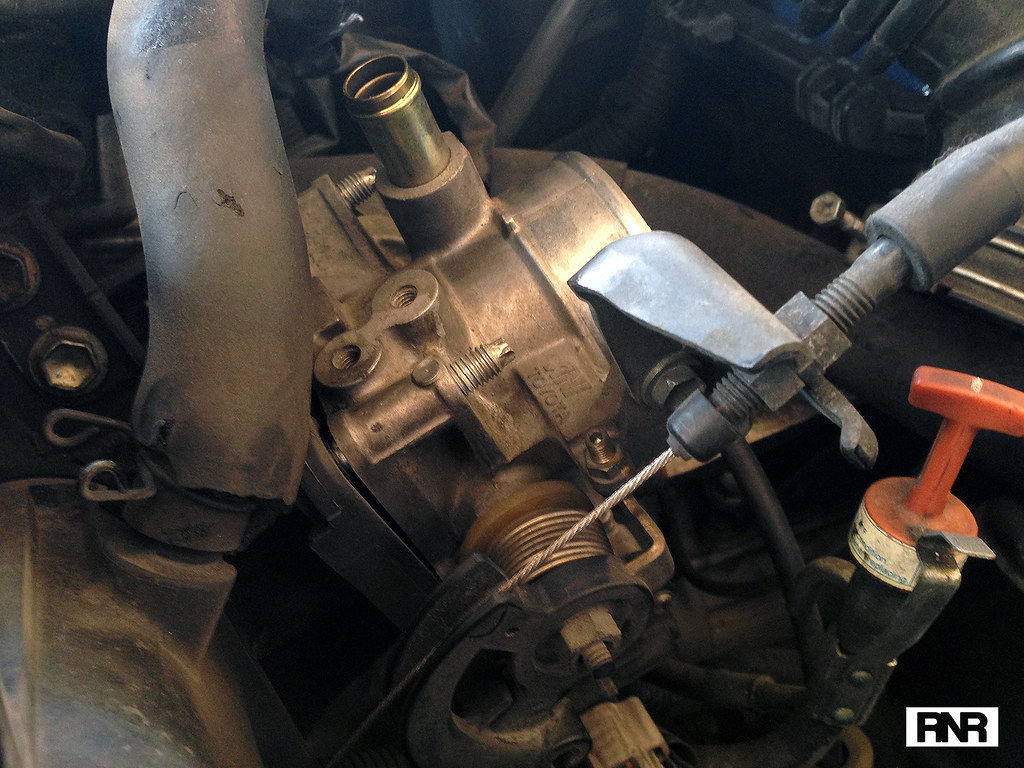 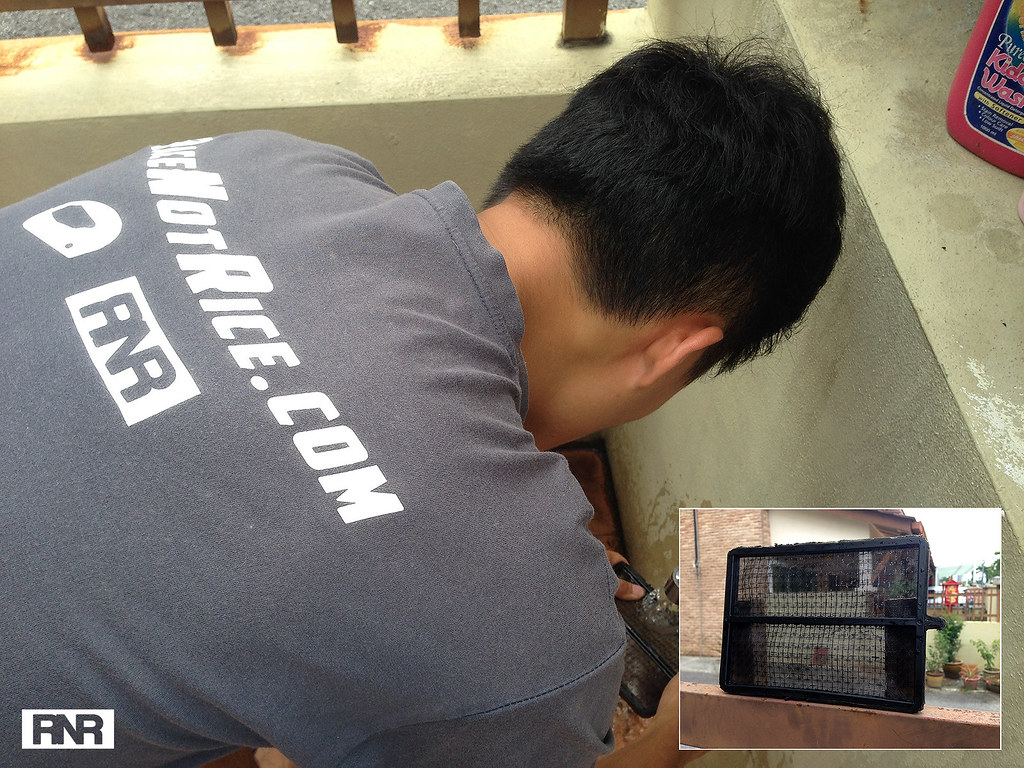 Our very own backyard resident RNR DIY writer Bee was there doing a fuel filter and air-con filter swap. Two very easy jobs probably saved him RM50 (USD18 thereabouts) in workmanship but let's not forget - parts are cheaper when you buy them yourself too. Mechanics don't just charge workmanship, they sometimes mark-up the prices of the parts too. Nothing wrong with that - but if you're a miser like us and want to save as much as possible, buying everything and doing everything yourself is the way to go! 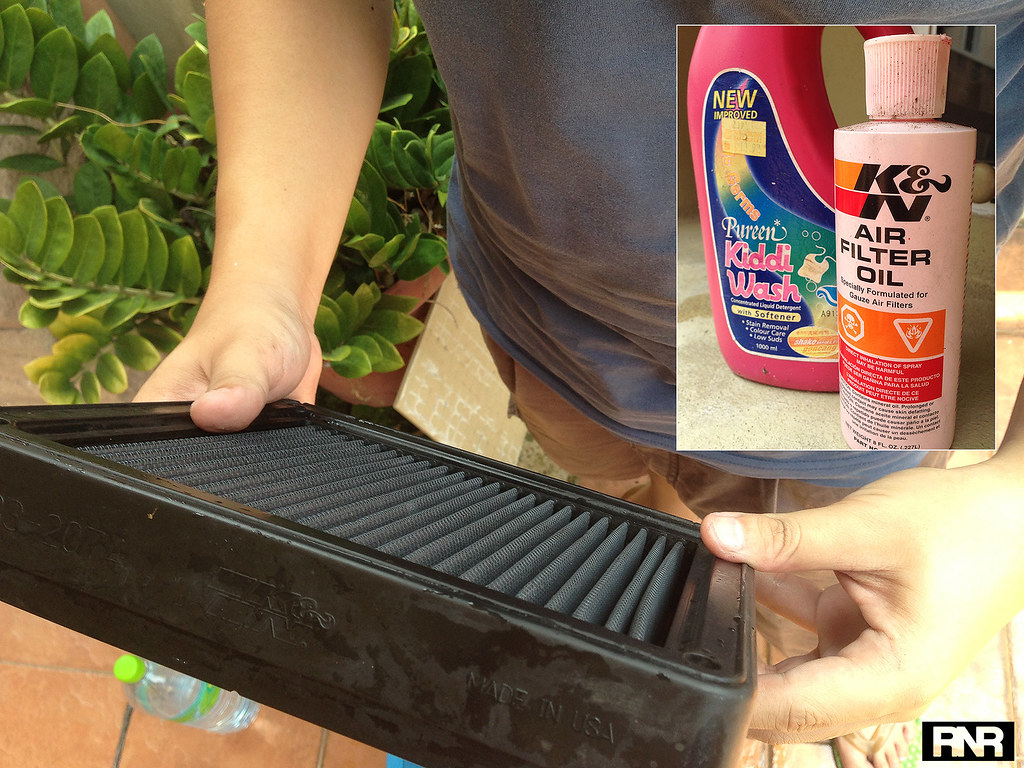 What was the purpose of this post? As an avid DIY-er and also a writer for RNR, I'd like to gauge the interest in DIY out there (if any).

Are you guys interested in DIYs and saving a buck or two? If RNR or myself (Izso) were to host a DIY event / party would you be interested to attend? Please leave your comments below or on our facebook page https://www.facebook.com/racenotrice