A Do-It-Yourself guy who has his hands on every parts of the car. 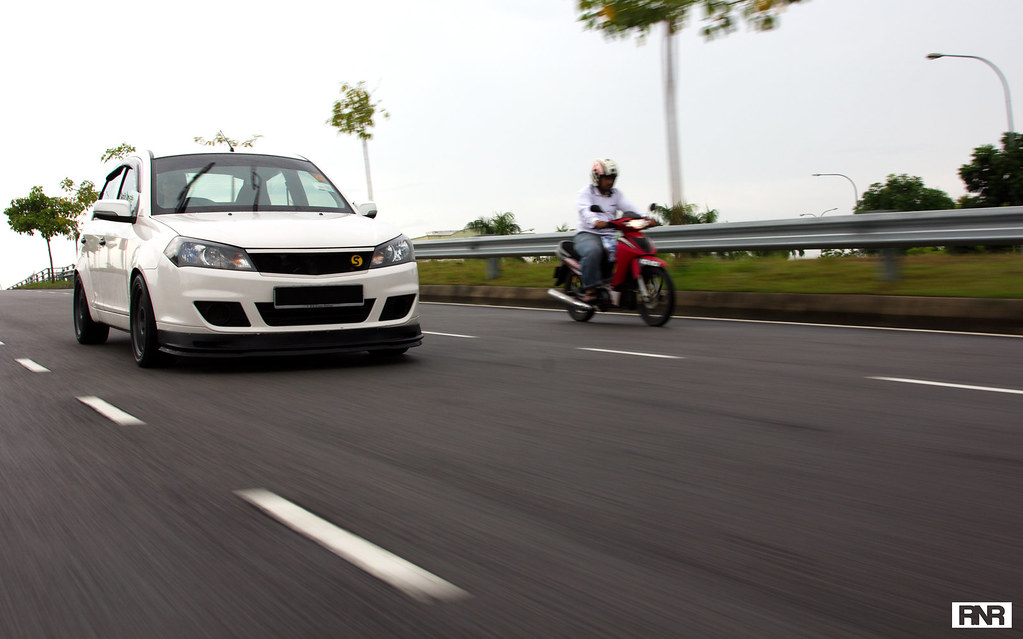 To those who mingle around the track/time attack scene, one might stumble upon this name - TitanRev. He is always out there to help fellow enthusiasts on any car related questions especially in the ZeroToHundred forum where I originally met him. If you are willing to learn, there will always be someone that will teach, provided you are courteous about it. 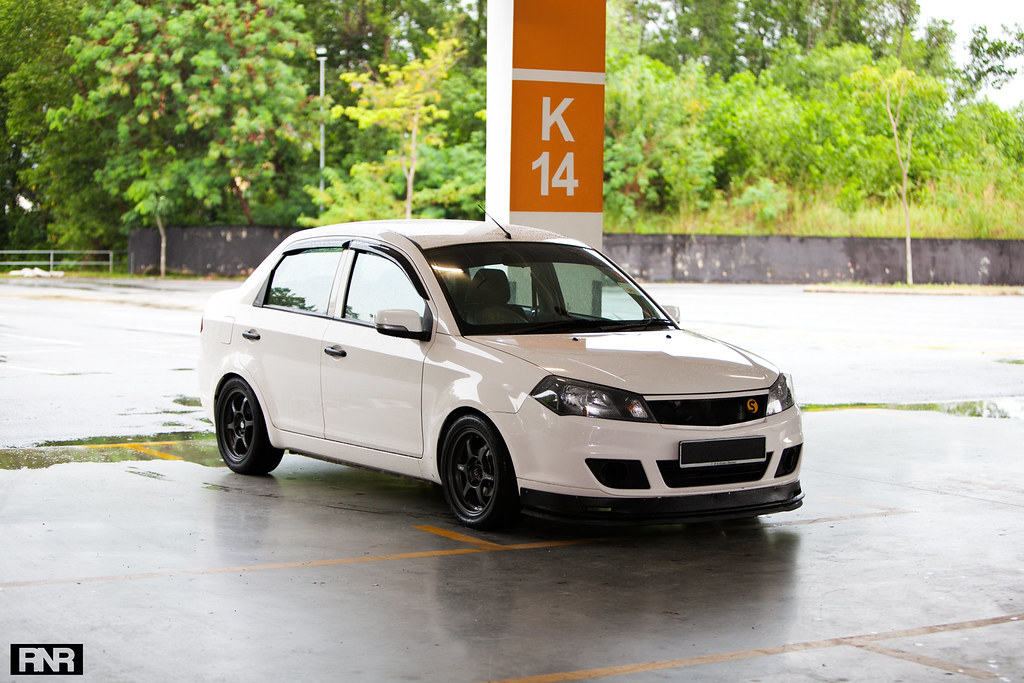 TitanRev (Joe) is a certified Automotive Engineer and has been a car fanatic since he was 15 years old. Back then, the Malaysian modifying scene mostly hovered around the Toyota Corolla AE101, Honda Accord SV4 and Mitsubishi Evo 3. Joe had a dream of opening a workshop calling it his namesake - TitanRev, meaning big revs! Sadly, the workshop dream didn't materialize and instead he's now dealing with the food industry. Due to nature of his work, he has to travel all around the world and he frequents Japan. 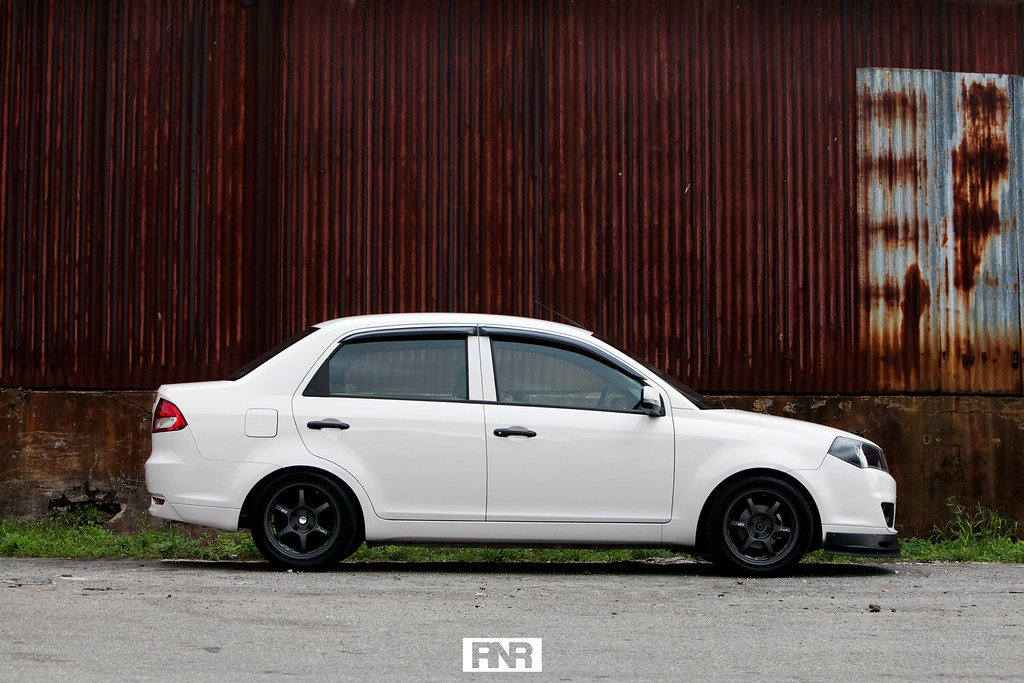 Before he had chidlren, he was spending a great deal of time in Japan and at times his work needed him to travel to more rural areas which prompted the need for a car so what better way to explore the Japanese automotive scene (JDM car anyone?). Having had good working relationships with his customers, arrangements were made for him to get himself a used 550hp Evo 8 MR from his customer's staff to stroll around Japan and he even spent some time in the underground scene of extreme touge which we commonly see alot of in YouTube. He sold the car to a Japanese guy from Yokohama after his traveling frequency to Japan reduced, he was expecting his 1st child and the cars caretaker didn't have the time to help him to look after the car. 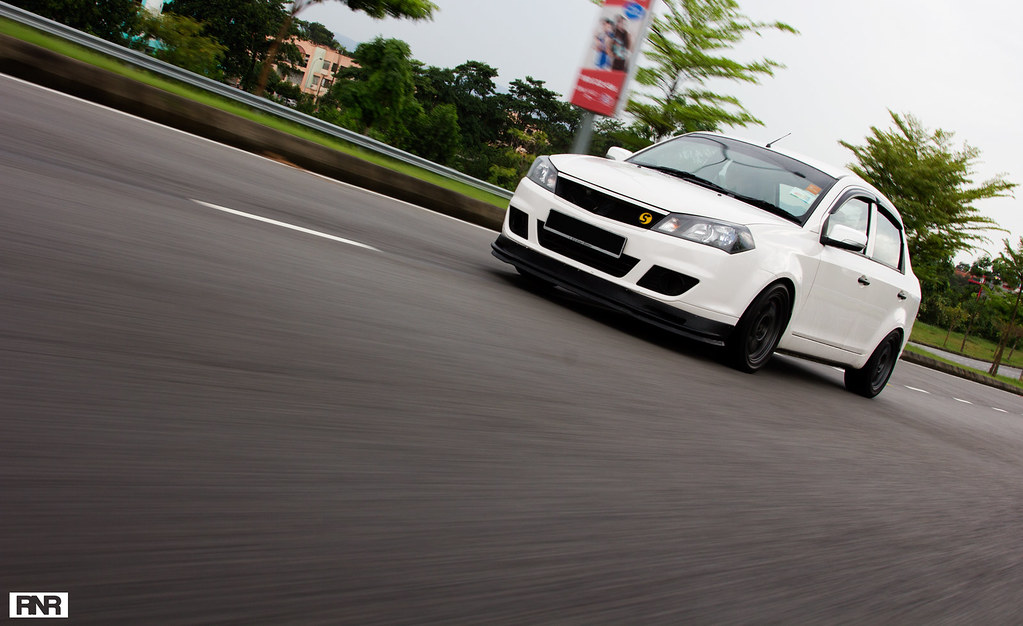 How he start modifying the Saga FLX - our feature car, is a funny story. Contemplating between a Toyota Vios or a Proton Saga for the missus's daily needs after they moved to their new home, the Saga was decided because of its much boxier lines and was easy to maintain. She also specified that wanted a manual (way to go Joe!) After their first baby were born, Joe decided to take over the keys to the saga as it's quite hard to comfortably secure a baby whilst driving a manual and gave the missus a Mitsubishi Grandis instead. 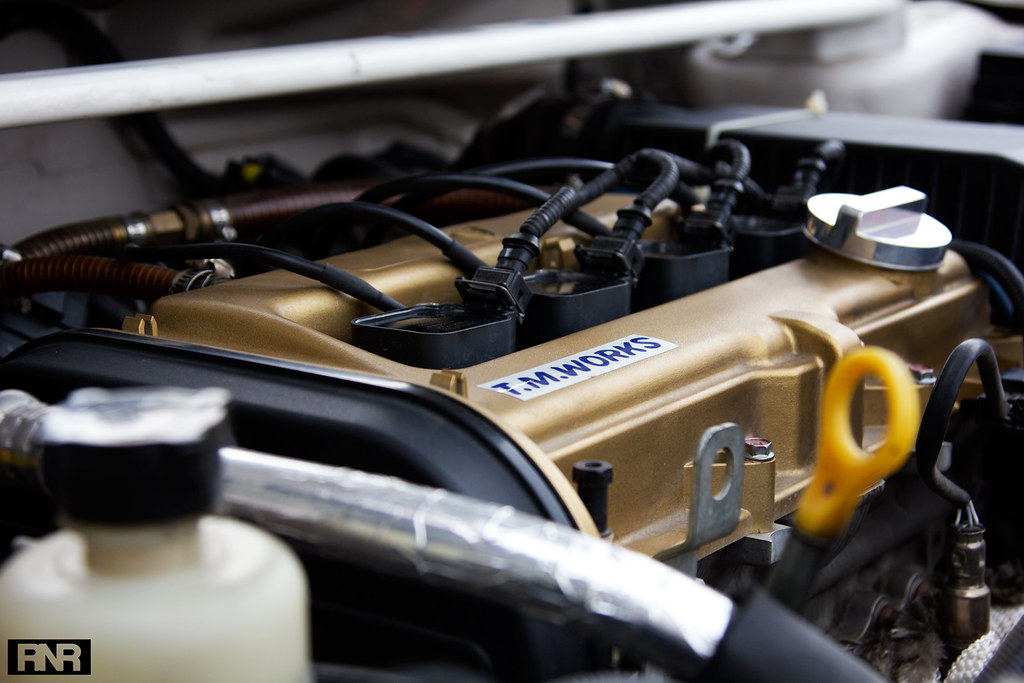 Unconsciously he started modifying the car bit by bit. Once a car modifiying junkie, always a car modifying junkie. Campro, codenamed S4PH (1.6L) and S4PE (1.3L), both are notoriously bad for blowby issues, causing bad contamination on the throttle body butterfly, dirtying the intake plenum in turn causing carbon build up on the pistons. TitanRev then fully DIYed an oil catch tank (OCT) with a WD40 can as a prototype, later he upgraded it to a 'proper' Works OCT. The stock COP bottom has been replaced with a Japanese made TM Works Ignite Rev Coil. TM Works has recently gained popularity for their ignition products, probably because they cater for the local car brand - Proton. 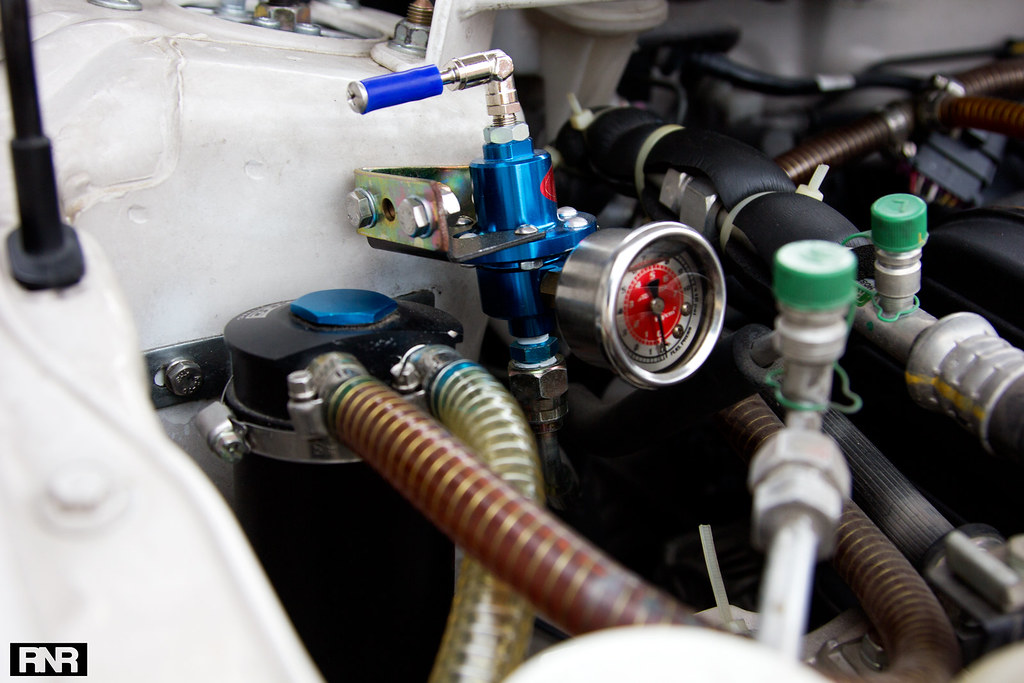 While cleaning the throttle body, he discovered that the surface was rough especially the outlet part, which can be smoothened out to improve air flow (yes, it's a thing). If your throttle body has a thicker lining, you can port and polish it to be bigger to accommodate more air flow. That is if your intake plenum's mouth is as big as the bored out throttle body, ie - Port matching. Joe being the avid DIY performance guy that he is did exactly that. He also did the same for the cylinder head. Fueling on the car was upgraded and is now being taken care by a Walbro in-tank fuel pump, DIY direct power supply to fuel pump, WORKS fuel rail, SARD adjustable fuel regulator with vacuum delete and a DIY steel braided return line to the tank. Why is this important to note? The Saga FLX is originally a returnless fuel system. During a dyno run Joe discovered that the Air/Fuel ratio was too lean hence he took the leap to convert the fueling system to a return type to enable him to fine tune the fueling of the car for more power. 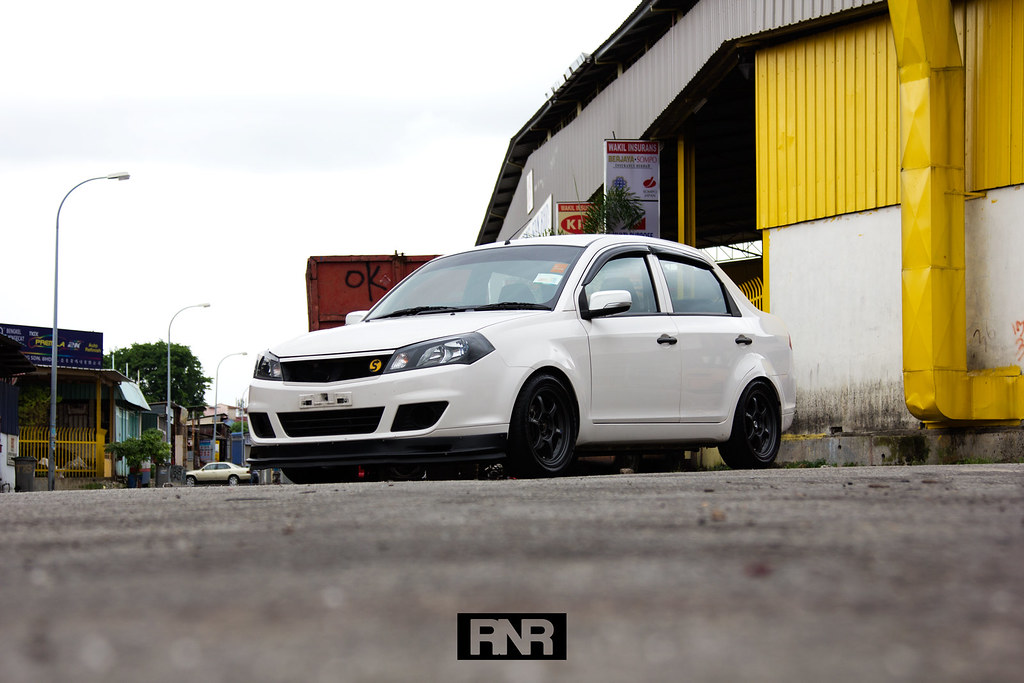 Another notorious problem is with the drive-by-wire (DBW) lag. I personally drive a Proton Persona which has the same DBW design from Bosch, so I understand how slack it is especially when you have a lag free drive-by-cable (DBC) system to compare with! But like electric power steering, these new fangdangled contraptions are here to stay. We just have to have faith in manufacturers and aftermarket manufacturers to improve on the system. Joe installed a big orange 'snake' grounding cable (with a rating of 300amp) specifically to the rear engine hook directly to the negative terminal of the battery to reduce throttle lag, which apprently works much better compared to installing it to the front. 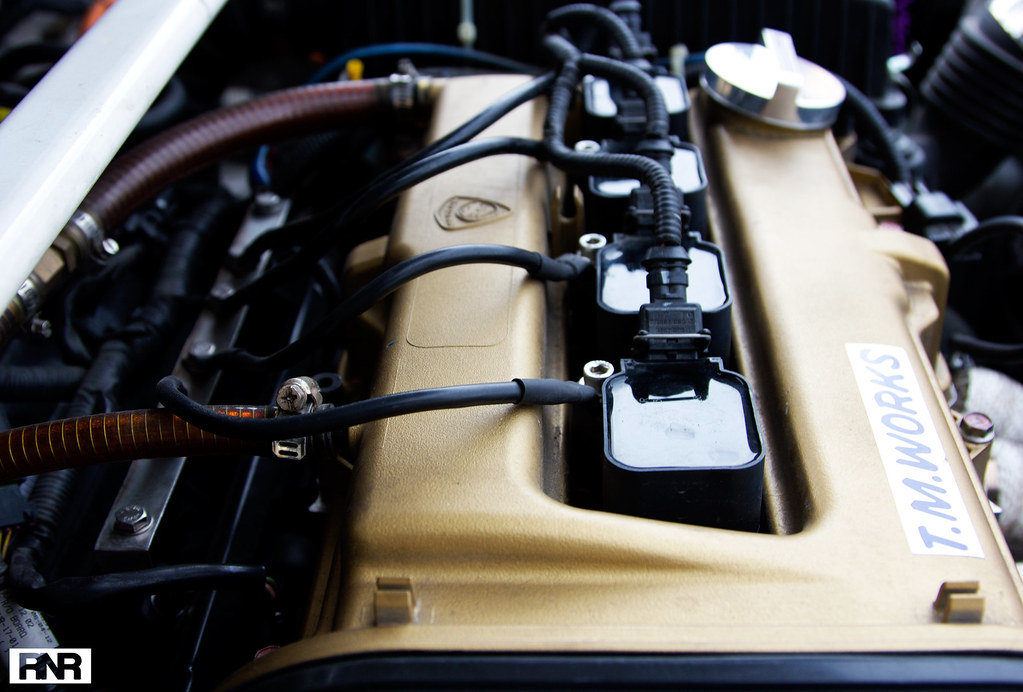 Joe custom made his grounding cables from scratch, salvaging the cables from a broken down heavy industrial motor. Just to note : Important grounding points are on Coil On Plugs (COP), firewall and the point furthest to battery all reduces lag and increase electrical efficiency. 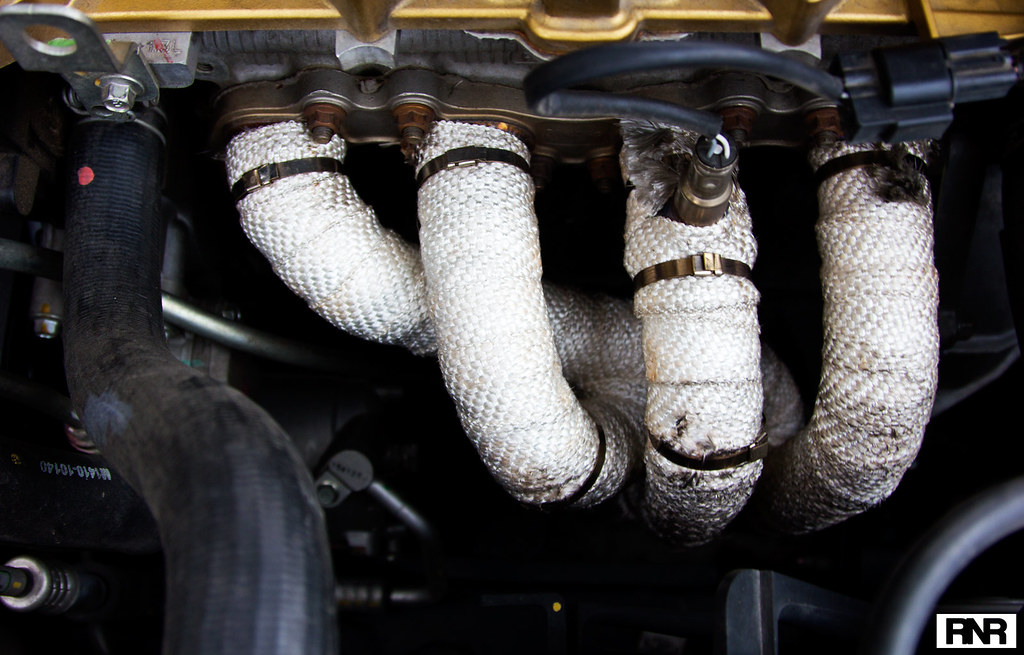 Joe upgraded to a stainless steel 4-2-1 extractor to bring down the power band due to the high revving nature of the Campro engine. Thanks to the improved power band, he achieved better results in time attacks event at MIMC (Melaka International Motorsports Circuit, Malaysia). Joe DIY wrapped his entire exhaust length to reduce heat soaking in the engine since aftermarket extractors usually don't come with the heat shield the stock system had. Also, the intake scope near to the radiator was wrapped with aluminum tape to reflect some of the heat transitioning into the intake. So, colder air + fuel = more POWAH! 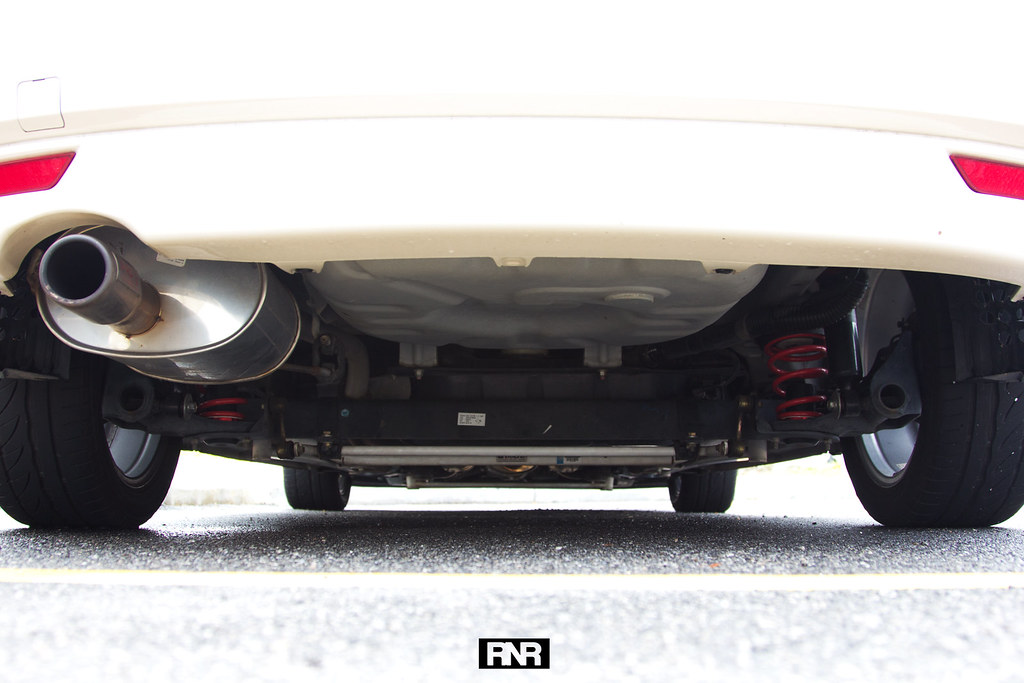 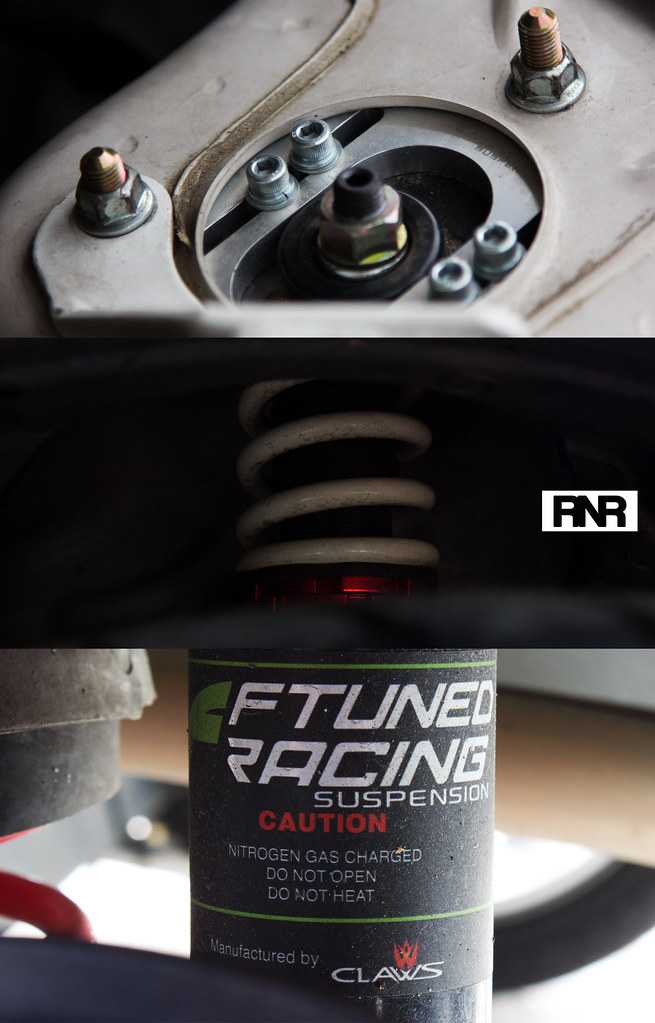 The Saga FLX currently wears Ftuned Race-Comp Spec Fully Adjustable suspension, fully customized based on what's suitable for the car and based on the owner's needs. This is why Ftuned is popular in the Malaysian scene now. Experimentation with cheaper adjustables was unsatisfying but it helped build the foundation for Joes suspension tuning skills. 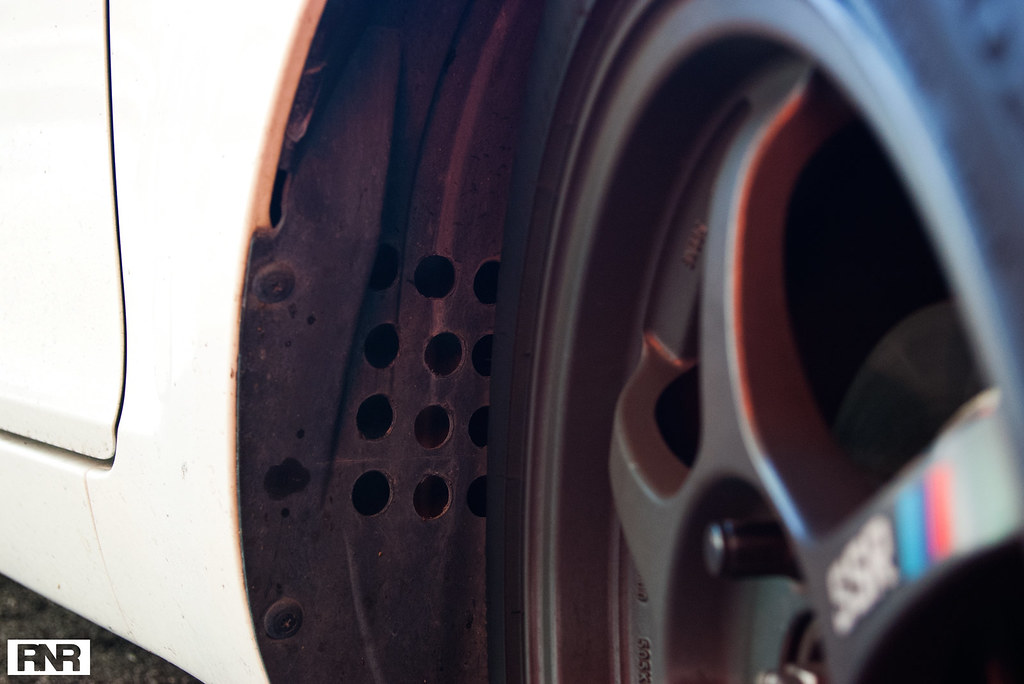 Did you know that there is a lot of pressure build up in the wheel well at high speeds? Just drill some holes and make them disappear! Trust me, Joe's an engineer! 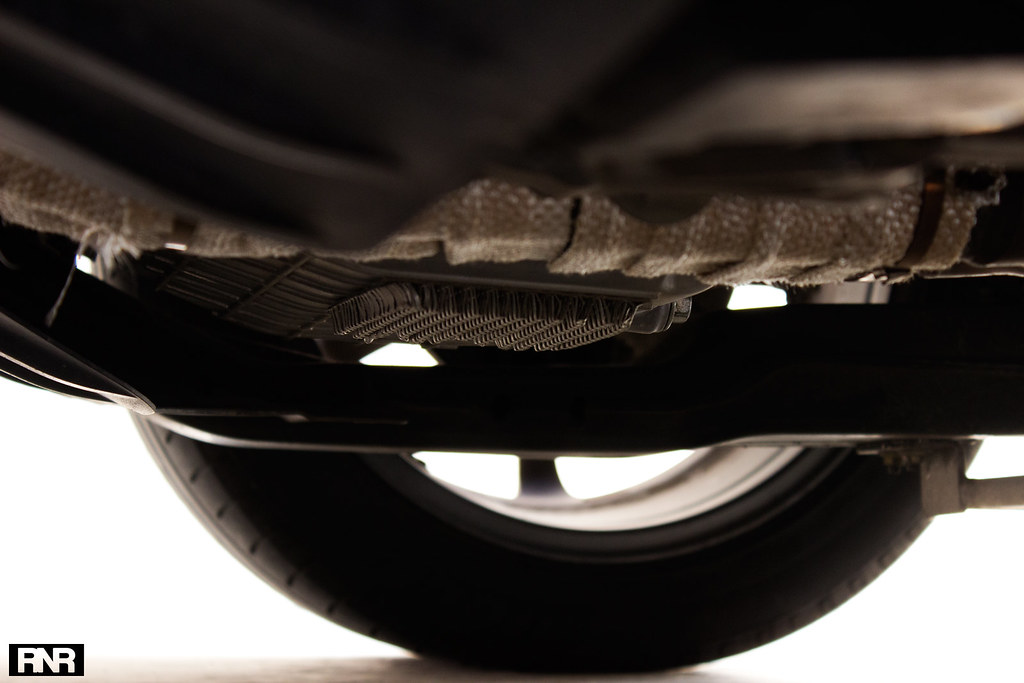 What to do when you think an oil cooler is too much for your application? Answer : An ARC oil sump cooling fin. 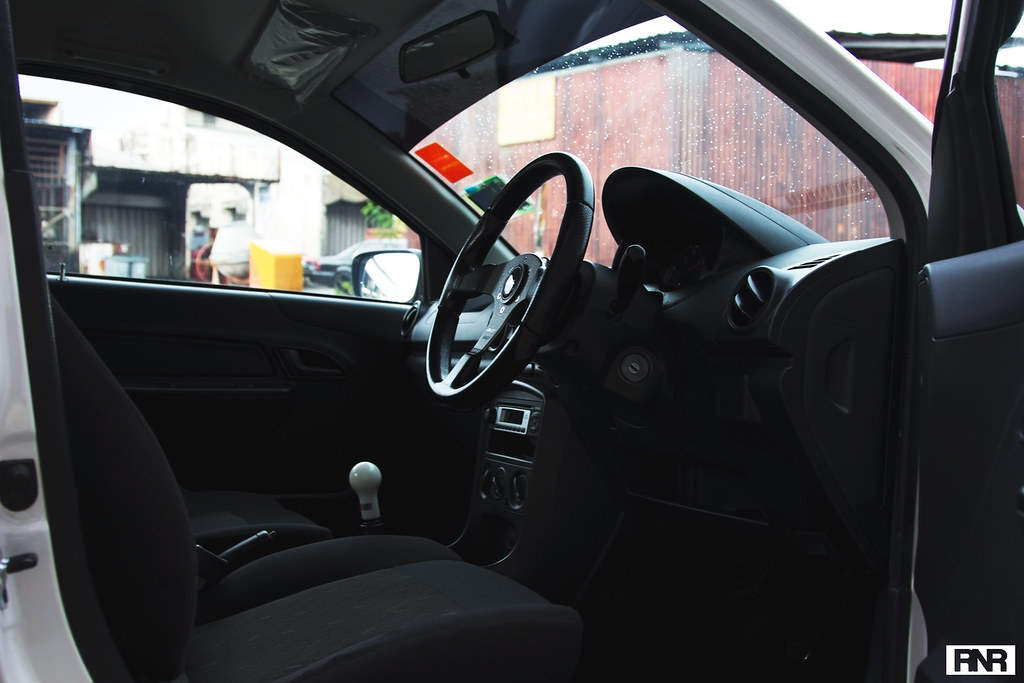 Here's a picture of the interior. I have a penchant for good smelling cars, Joe has taken it to another level - his car practically smells brand new even though it has clocked well over 55000km. Neat! 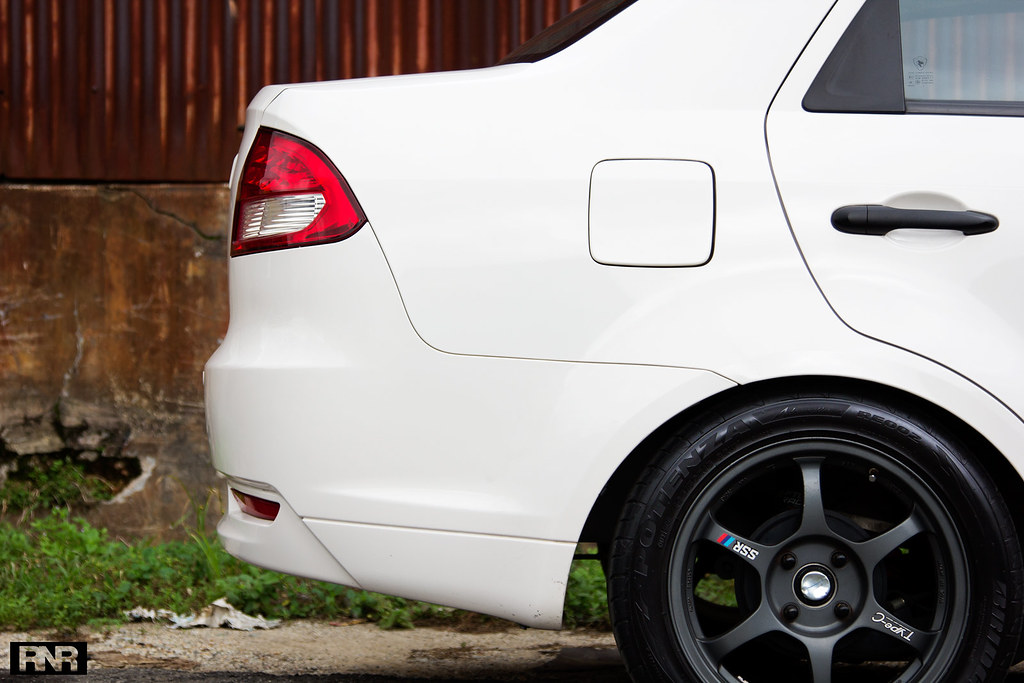 Joes goal for this car is to maximize the potential of every OEM part on this car without splashing big amounts of money for forced induction or other modification methods. Afterall, it's not about how fast the car is, it's about how much potential you can squeeze out of it to make it fast! 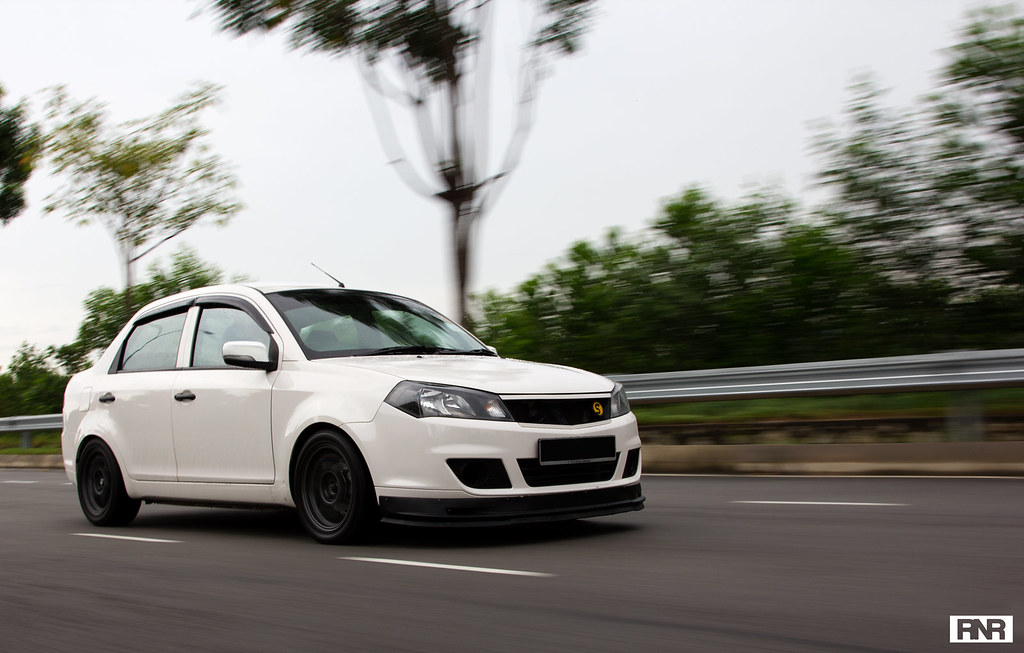 Joe has since paused from motorsports to help care for his second baby. In the words of a certain famous robot : He will be back! TitanRev @ Joe wants to thank the missus for her support, Ftuned Suspension, MAG Garage, Campro and the grassroot community who has given him support and advice on many things as well as ZeroToHundred for providing a platform to share all the DIYs.