An AE86 Used to the Fullest 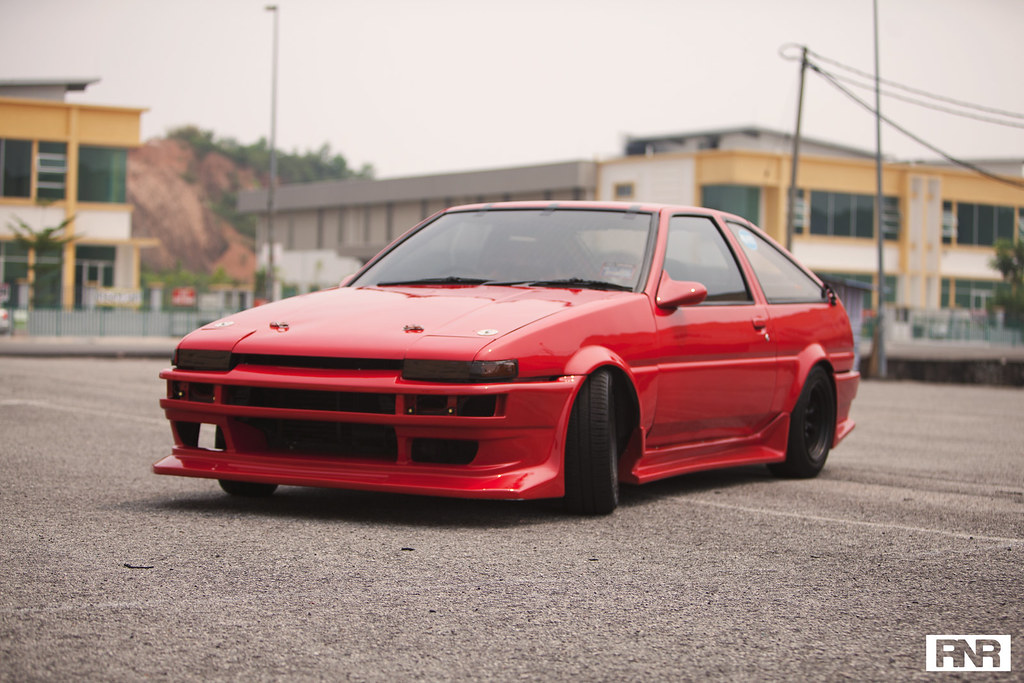 The Toyota model AE86 started life as a humble, affordable and somewhat-sporty car. The AE86 better known as Hachi-Roku in Japanese was paired with the legendary 4AGE with T-VIS engine that is similar to the first generation MR2 (AW11). It being a front engined but rear wheel drive platform, captured the heart of many enthusiasts. 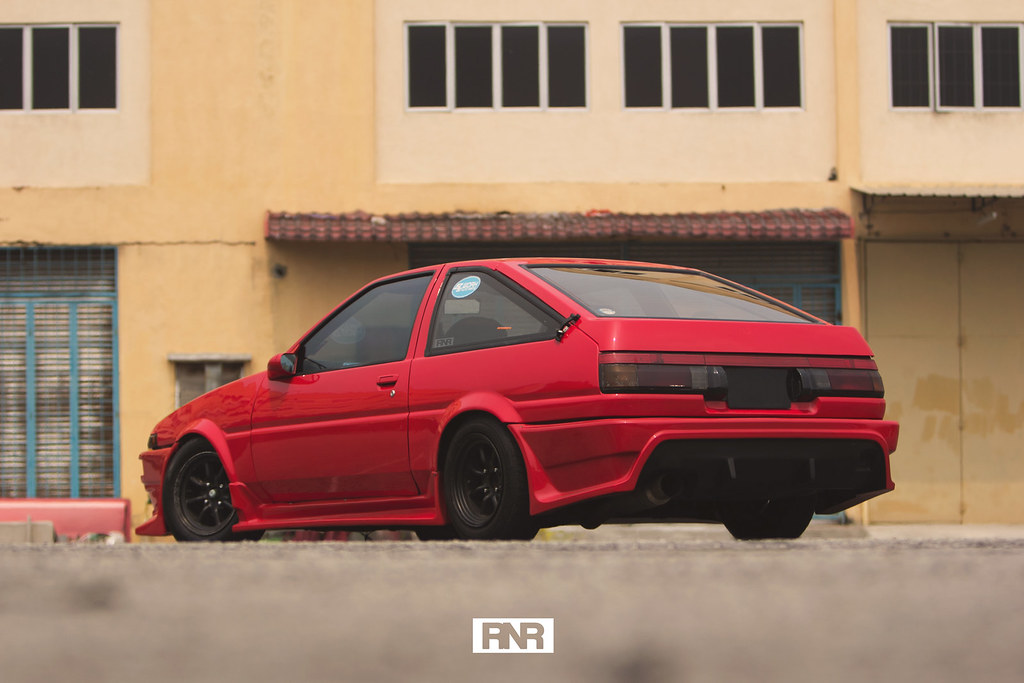 As a stereotypical introduction, the AE86 garnered a lot of attention from the comic/anime Initial D where the hero of the story raced in a panda coloured AE86. However, some years before Initial D, living legend Keiichi Tsuchiya got bored with the Japanese racing scene and instead of trying to win races, he uncouthly started attacking corners with his AE86 by sliding in and out of corners with maximum flamboyancy. This intrigued many enthusiasts and henceforth started the Japanese tyre-shredding "drifting" culture which until today is still very important in the car scene. After the popularity of the anime Initial D boomed, naturally AE86s’ prices skyrocketed, making a once unwanted car turn into a 30+ thousand Ringgit (USD7000 approximately) car. 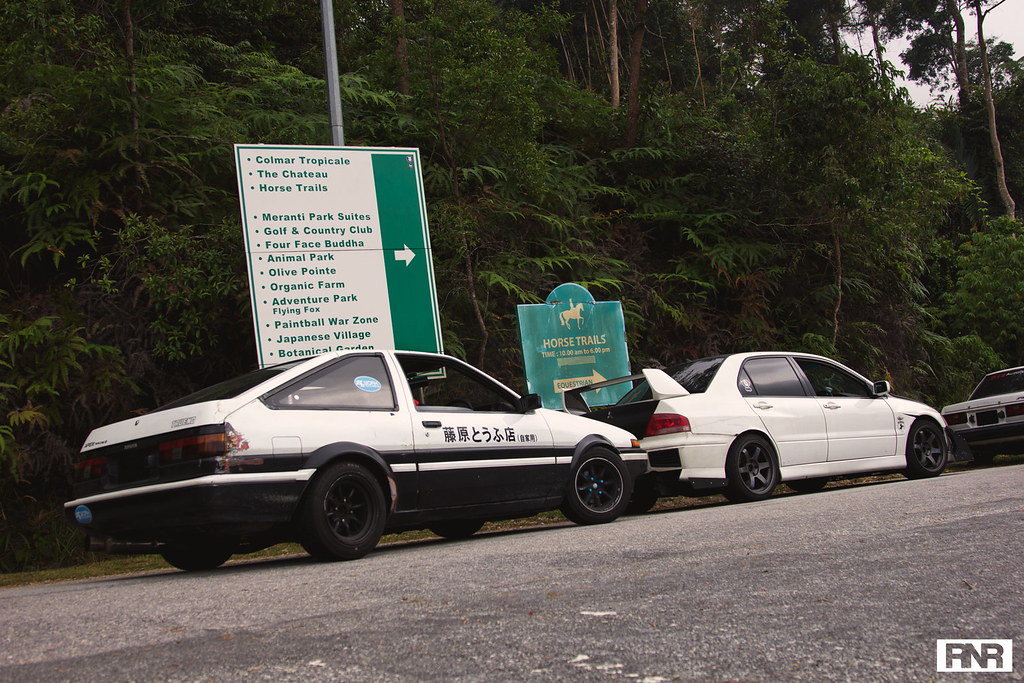 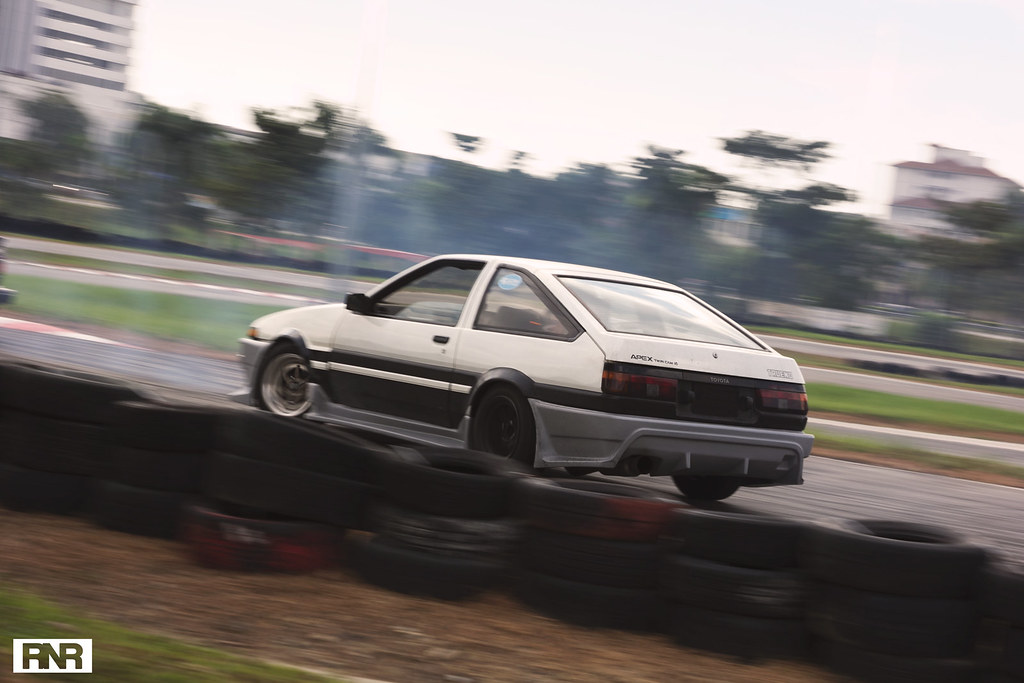 Before the Red Paintjob

This particular AE86 example was one of the earliest in Malaysia to adopt the Fujiwara Tofu shop’s panda livery. As usual, trends will always get copied. The owner got tired of seeing everyone rolling with the same theme and coincidentally at that time, his car was due for a repaint since the car had been abused for years - drifting, touge, time attack and more drifting… 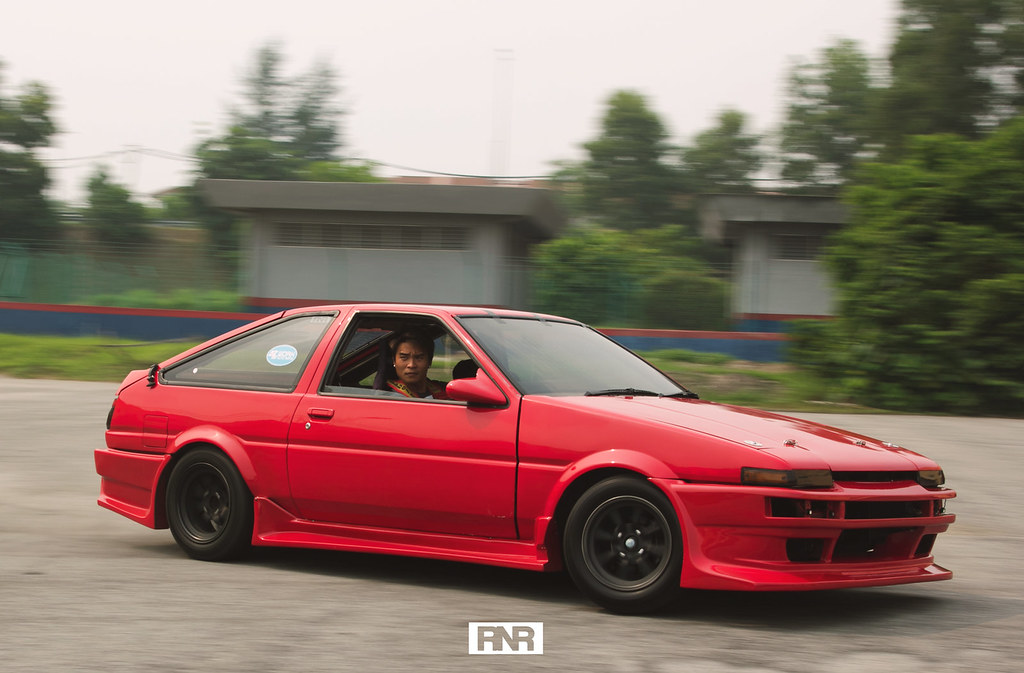 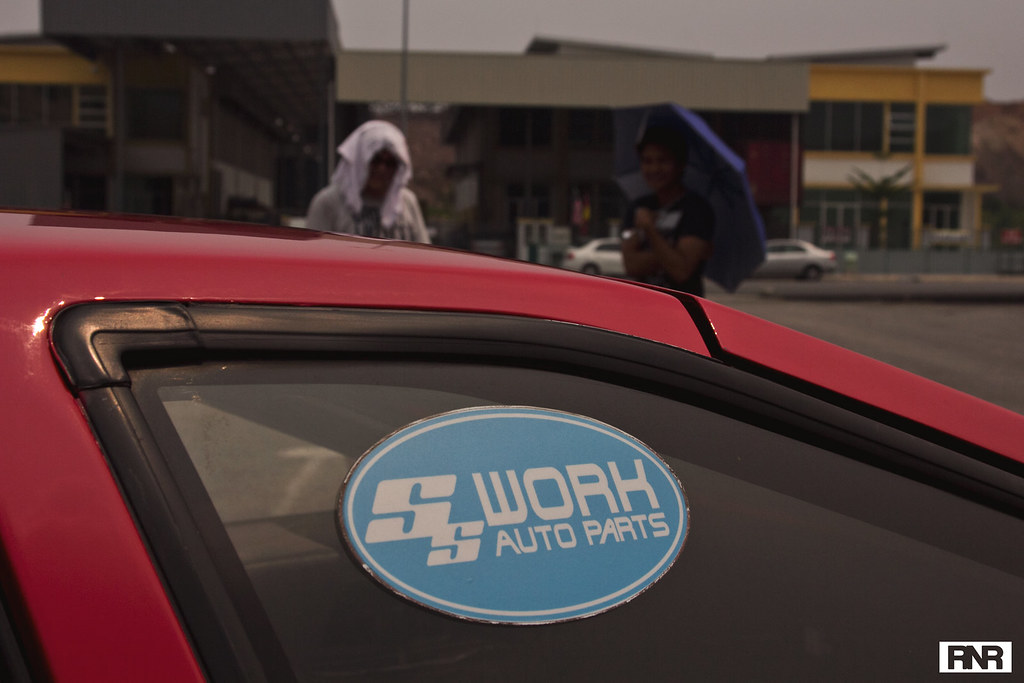 Ah Boy, the owner of one of the best go-to shops for 4AGE parts named SSwork Auto Parts, bought this red 86 in pretty bad nick. It wasn’t in running condition but it still set him back RM35,000 (USD8150 approximately) to buy! The engine wasn’t even original, it was running a S-chassis SR20DET engine. 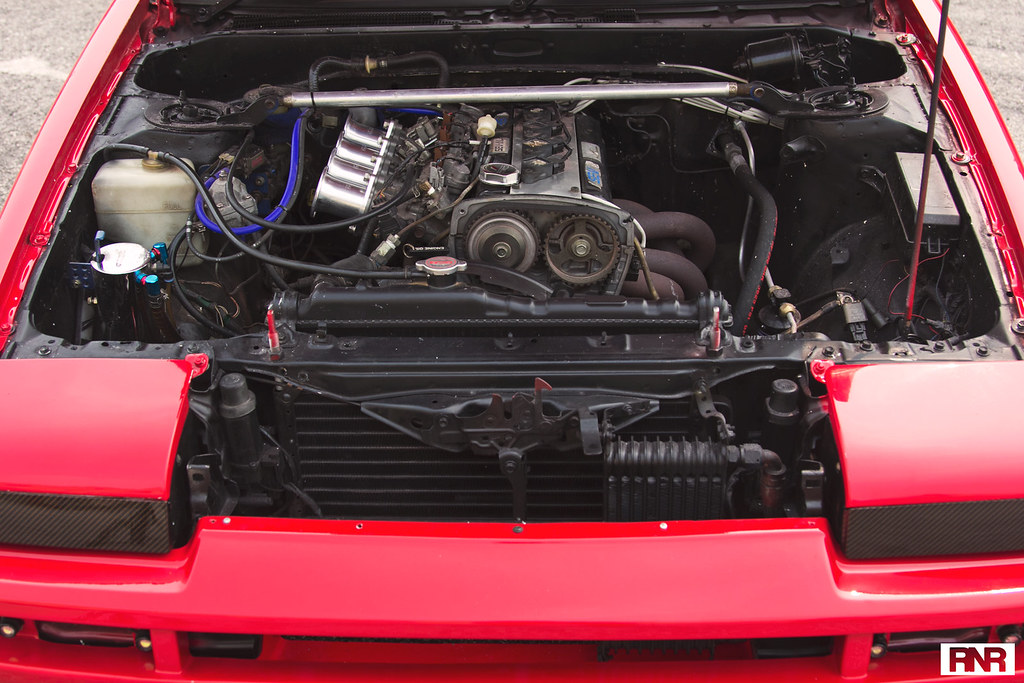 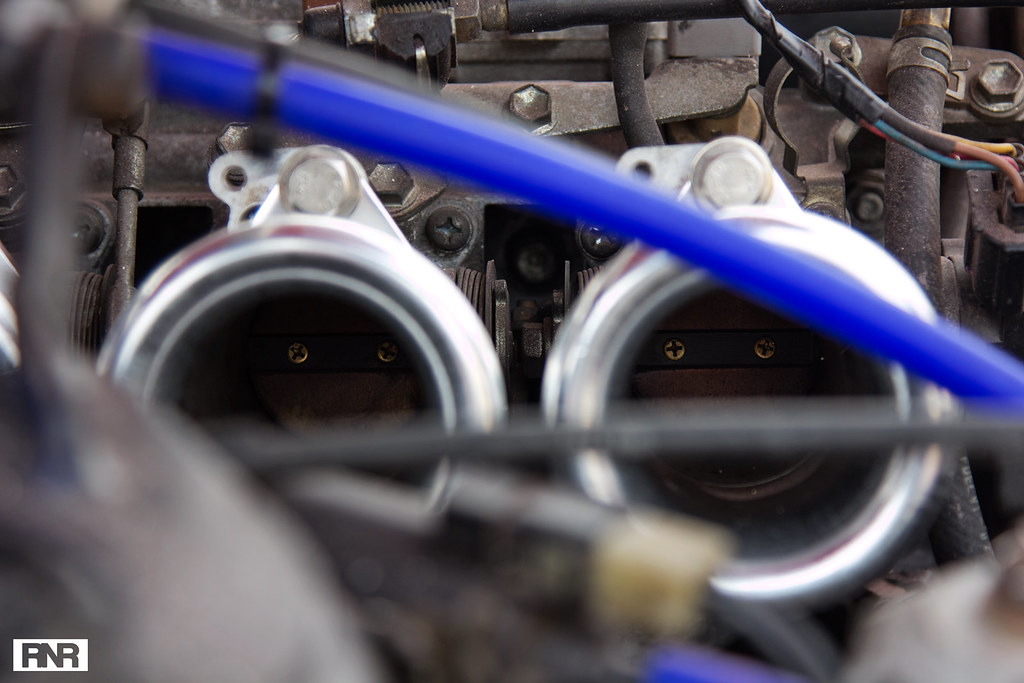 Seen the Inside of ITBs Before? *Butterfly valves*

While he enjoyed the turbo goodness, he has this huge fascination with the Japanese AE86 tuning culture. The SR20 swap was leaning towards the American tuning style where engine swaps are a norm. Japanese owners tend to keep the original power plant or use something close to its roots, usually opting for the 4AGE 20V Blacktop. The Blacktop has a solid 40hp increase over the 16V units. With some mild modifications, it can get up to 200hp or more in naturally aspirated form. Also, nothing beats the induction sound of those ITBs (Individual Throttle Bodies)! 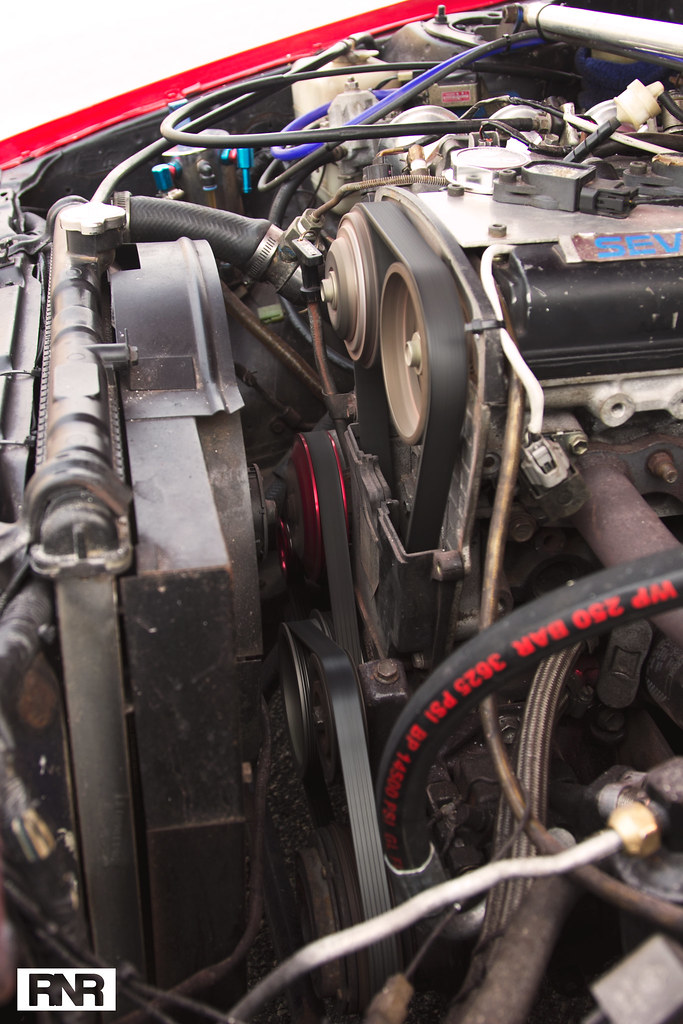 Unfortunately the AE86 was only produced for 4 years from 1983 to 1987, which meant all AE86 cars were built at least 28 to 30 years ago. Despite the age, they still amaze me for 2 reasons - One, it's still a very popular platform for car enthusiasts especially amongst the grassroot racers. People all over the world adore the car. Hachi-Rokus have plenty of aftermarket support from Toda, HKS and the many more, all probably due to the fact that most parts are interchangeable between Toyotas of the same era. Secondly, it is still a very competitive car be it circuit racing, time attack or drifting. 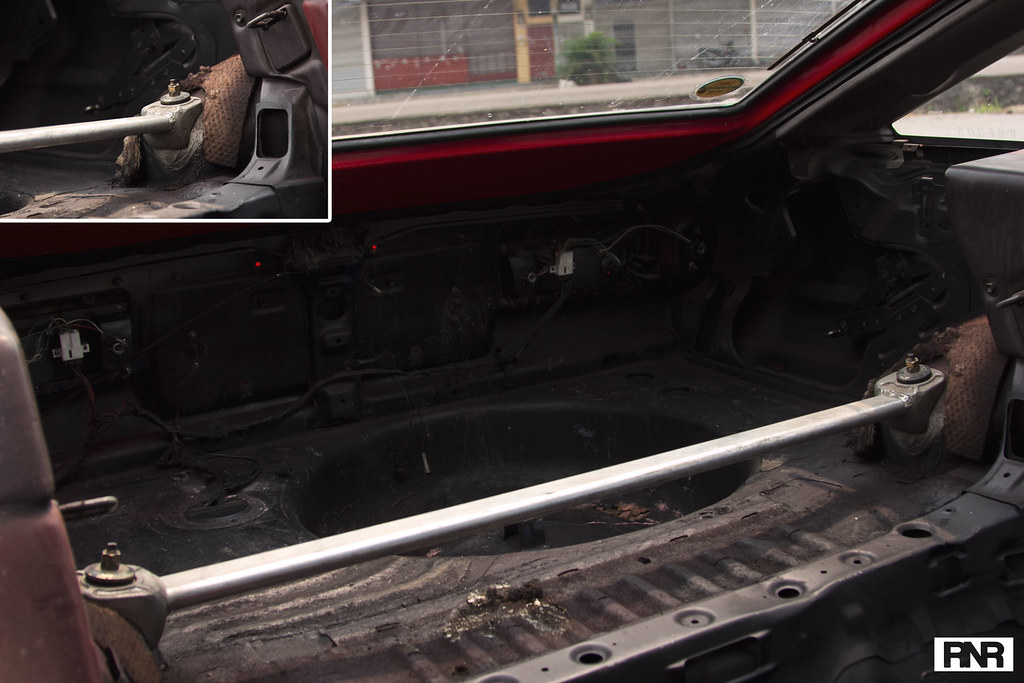 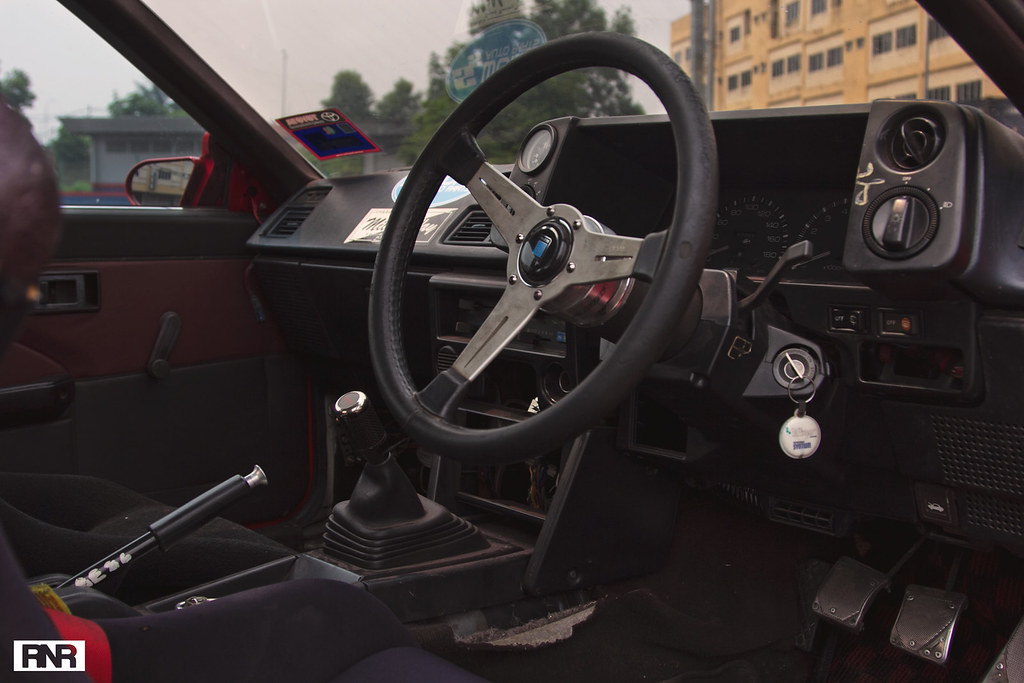 Ah Boy's car was built to function to its fullest. Cusco front strut bars and Techno Pro Spirit rear strut bars were used for added rigidity for the liftback Trueno. Interior was mostly stripped apart from the two Bride Zeta 3 seats. The brain, a Haltech 500 was hidden away somewhere in the car. Toyota’s 1JZ fuel pump was used to satisfy the fuel requirements, and a set of coils from Honda K series engines is there to fire up the sparks. That’s the beauty of older cars, mixing parts from different car manufacturers is possible and with minimal fuss. Lastly a TRD 2way LSD was installed for the drifts this car does so much of. 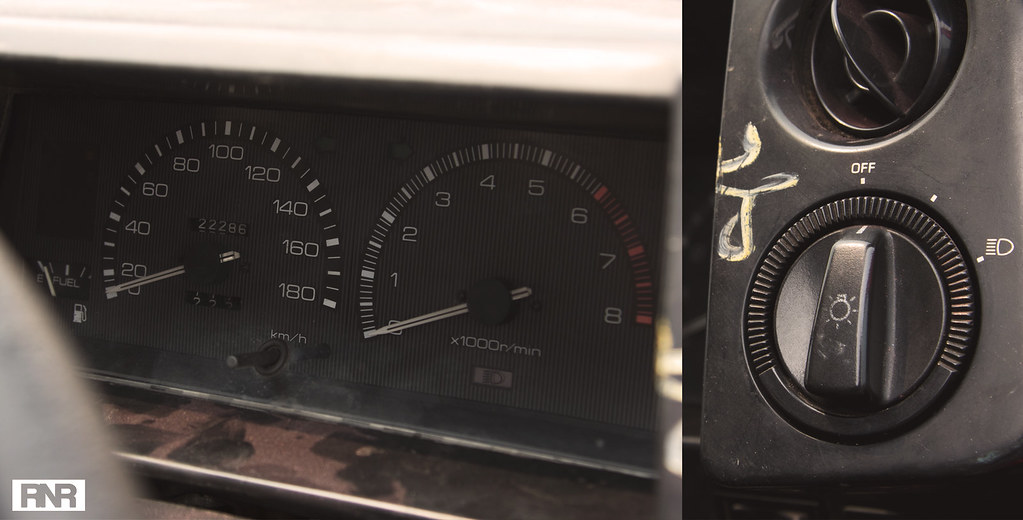 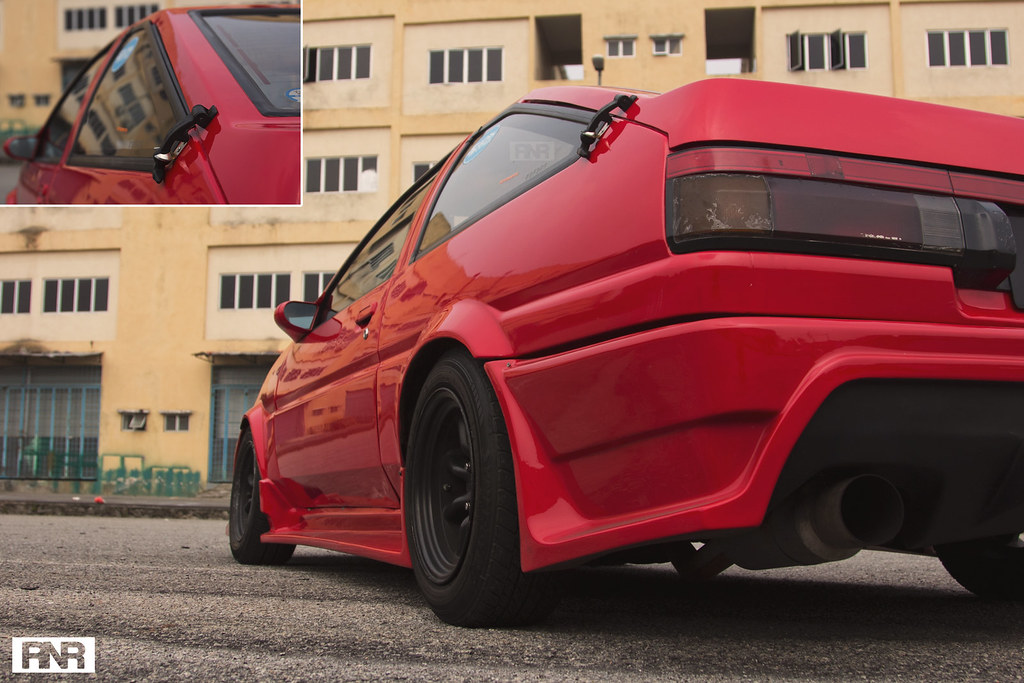 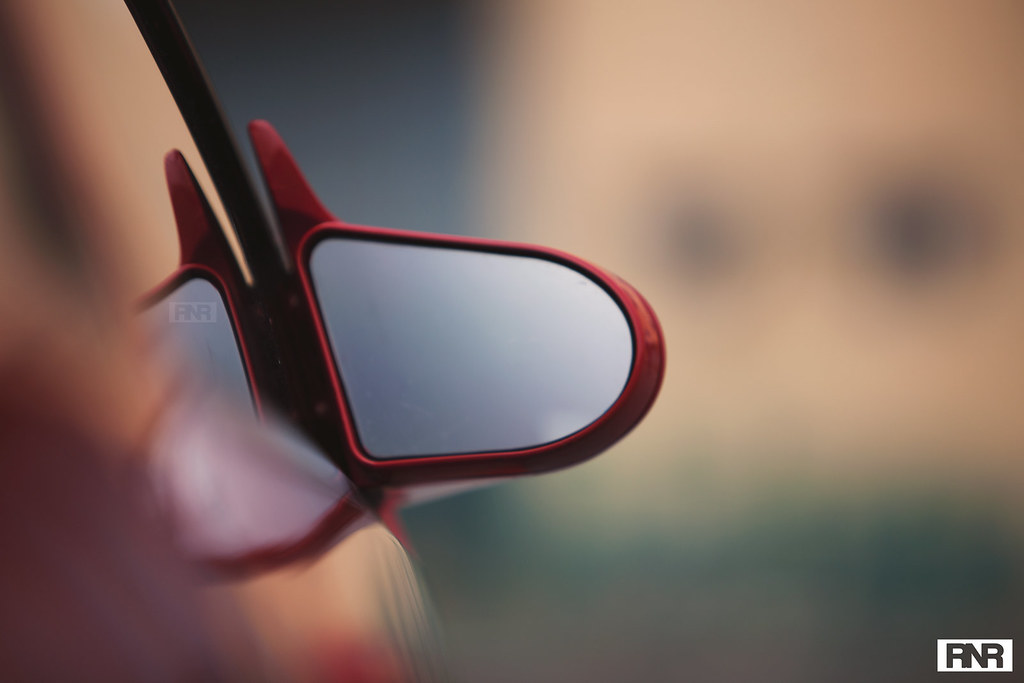 Functionality wise it's almost complete, form-wise it's almost there too. The car runs on a set of Watanabe wheels, the body was given a fresh coat of red along with Origin fibre fenders and trunk! To further lighten the car, a Jblood bodykit & fiber doors were used. I bet the car weights less than 950kg now!


This video has been downloaded, shared and viewed via Facebook for than a million times. Before I met Ah Boy, he used to post weekly videos of himself and his touge pack going up Genting. Every week without fail, the video would go viral because of his speed & ballsy driving style (Note : driving like so is quite dangerous and illegal!). Back then, I always had this impression of him not being approachable, but that is far from what is he like in real life. Look out for a bright red Hachi Roku the next time you go Genting!


This AE86 isn’t in its best condition and the owner pushes the car beyond its capabilities most of the time - meaning we will be seeing a new rebuilt 4AGE soon! How much modification will be done on the new engine? Only time will tell.