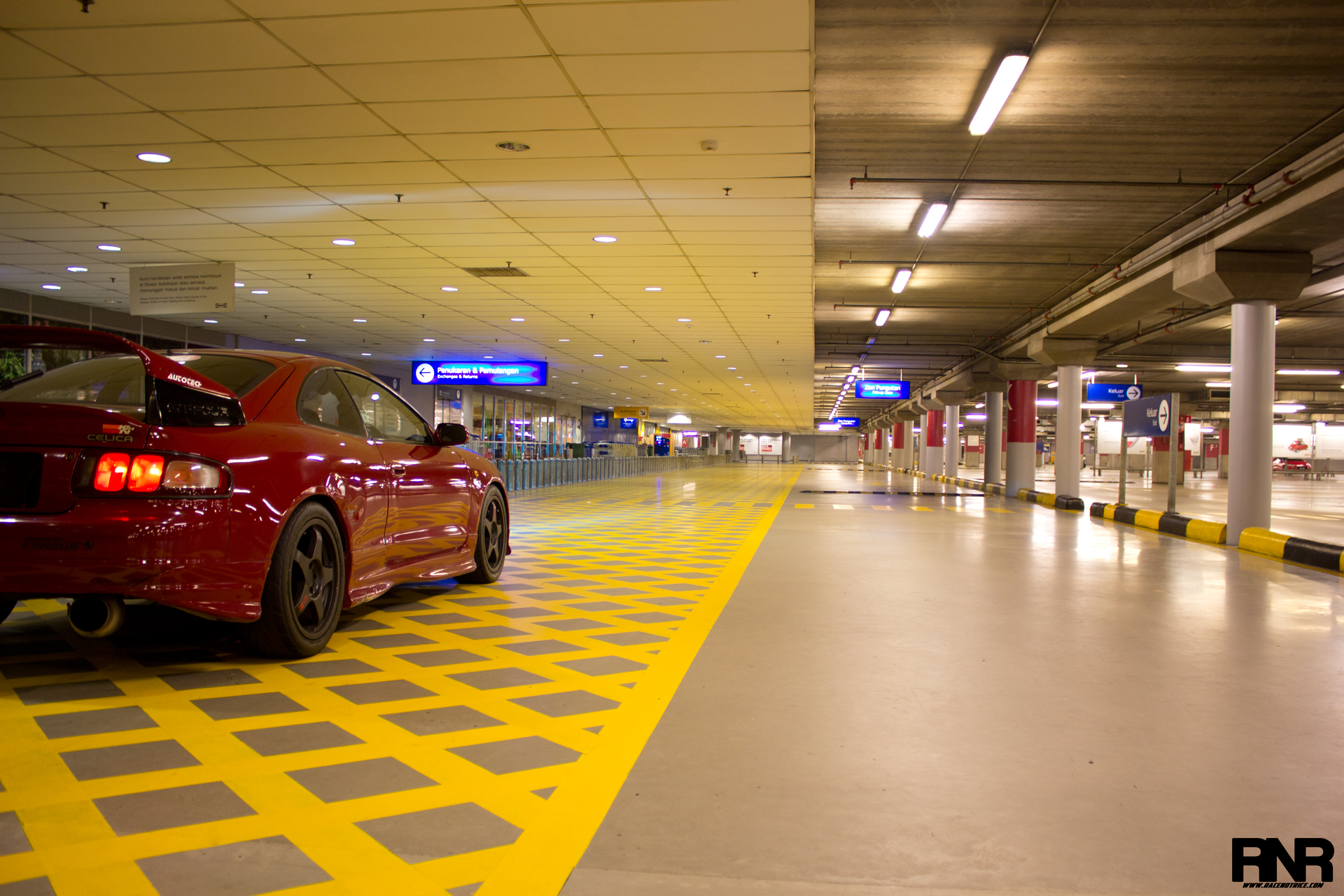 I met Saif a few months ago during an impromptu night run to Gohtong Jaya organised by a group of active car lovers. When the Celica arrived at the meeting point, immediately I was drawn to it - it stood out amongst all the Evos, Fairladies and even a R33. R33’s are pretty rare in Malaysia, however everyone that night (me included) was admiring the Celica. 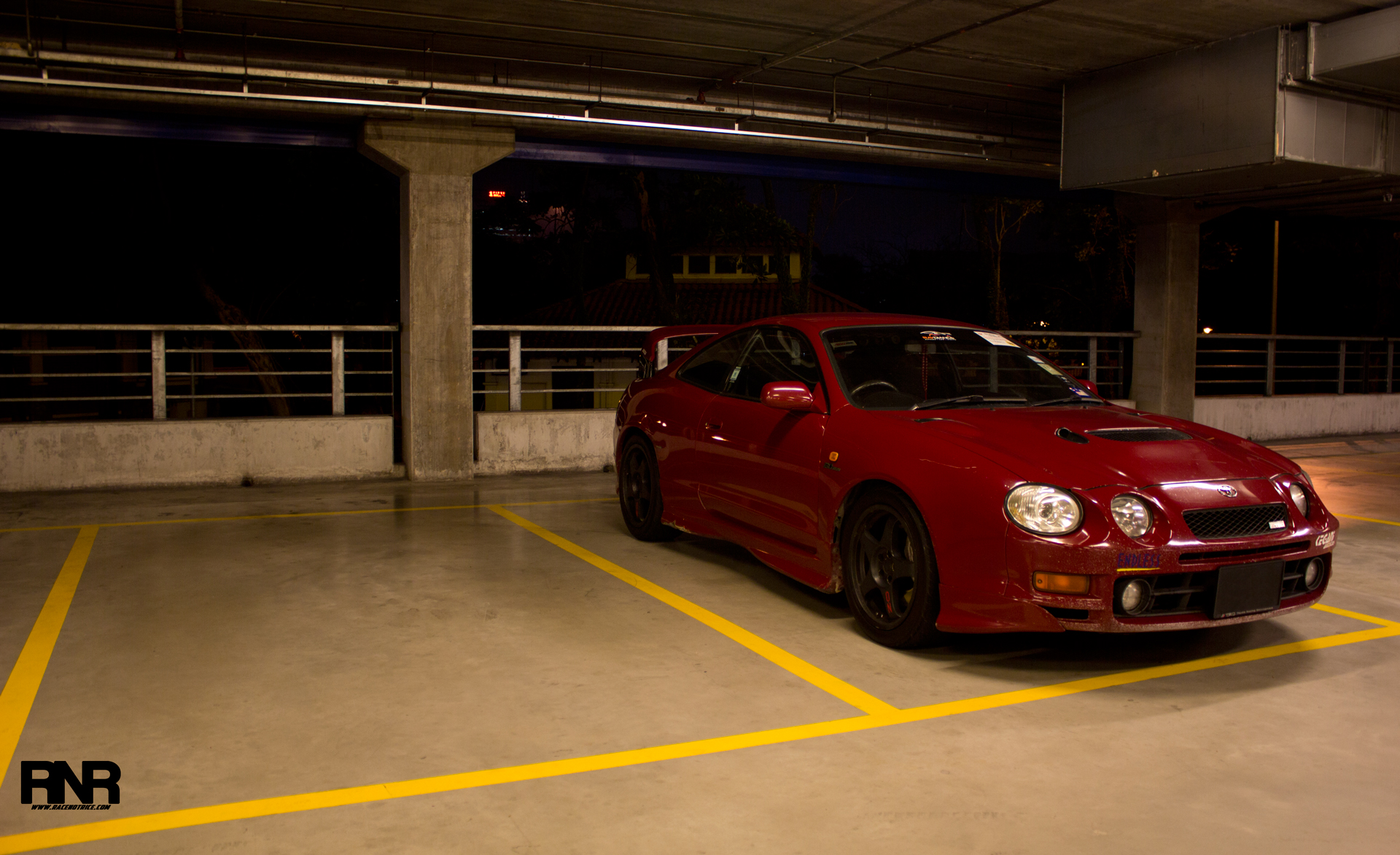 I didn’t expect this car to be attacking the hills as owners of these kind of gems usually park their cars in the shade and pamper them every weekend with a car spa. Saif told me he used to hang around the Emperor Touge group, but they’ve since become less active. 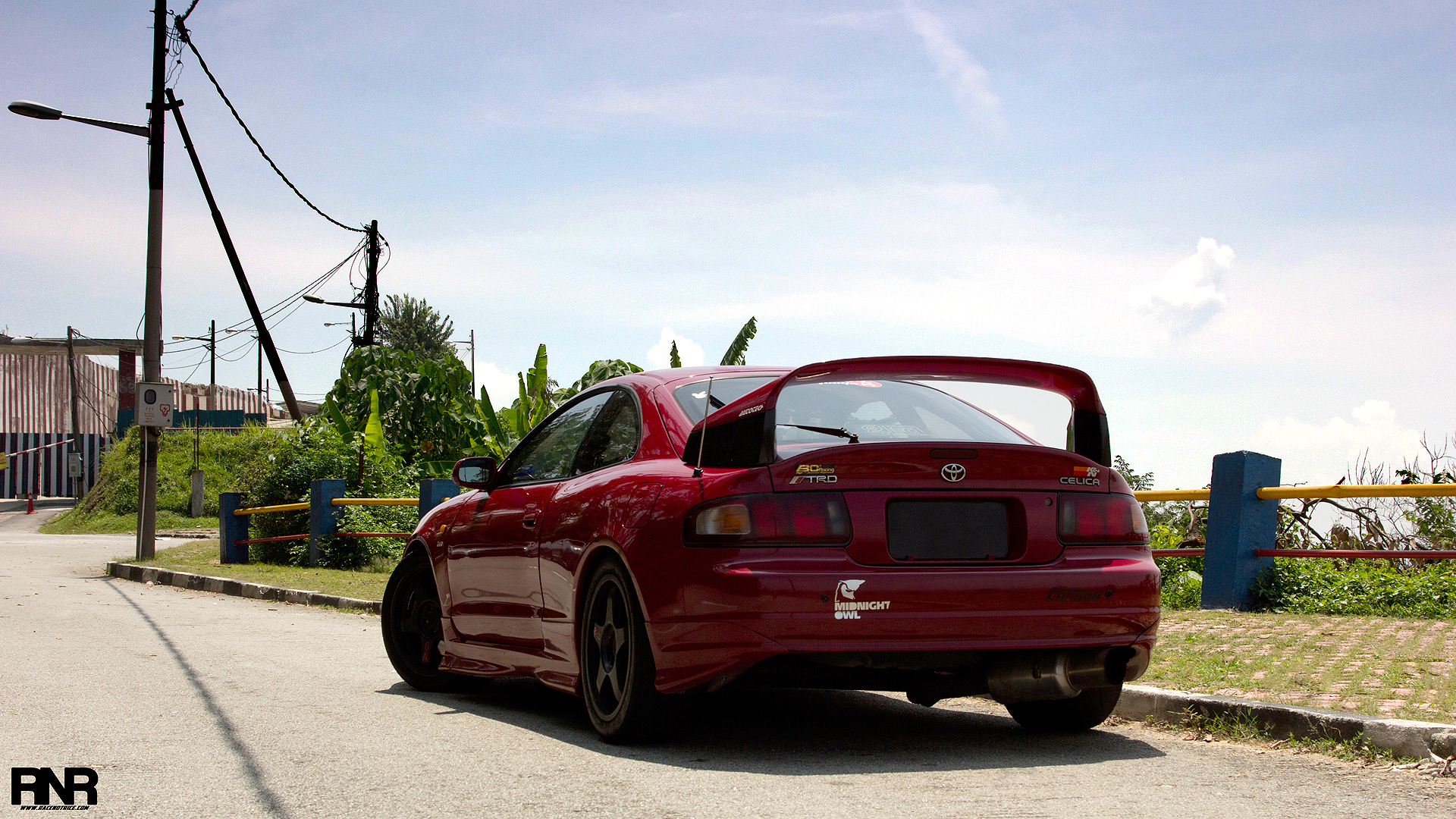 Now, about the car. Saif mentioned it is a JDM Celica that he bought over from a friend. He thought of getting an Evo or a STI, but took the Celica instead because of its rarity. Personally I think if you want a good daily sports car, this is a great choice. 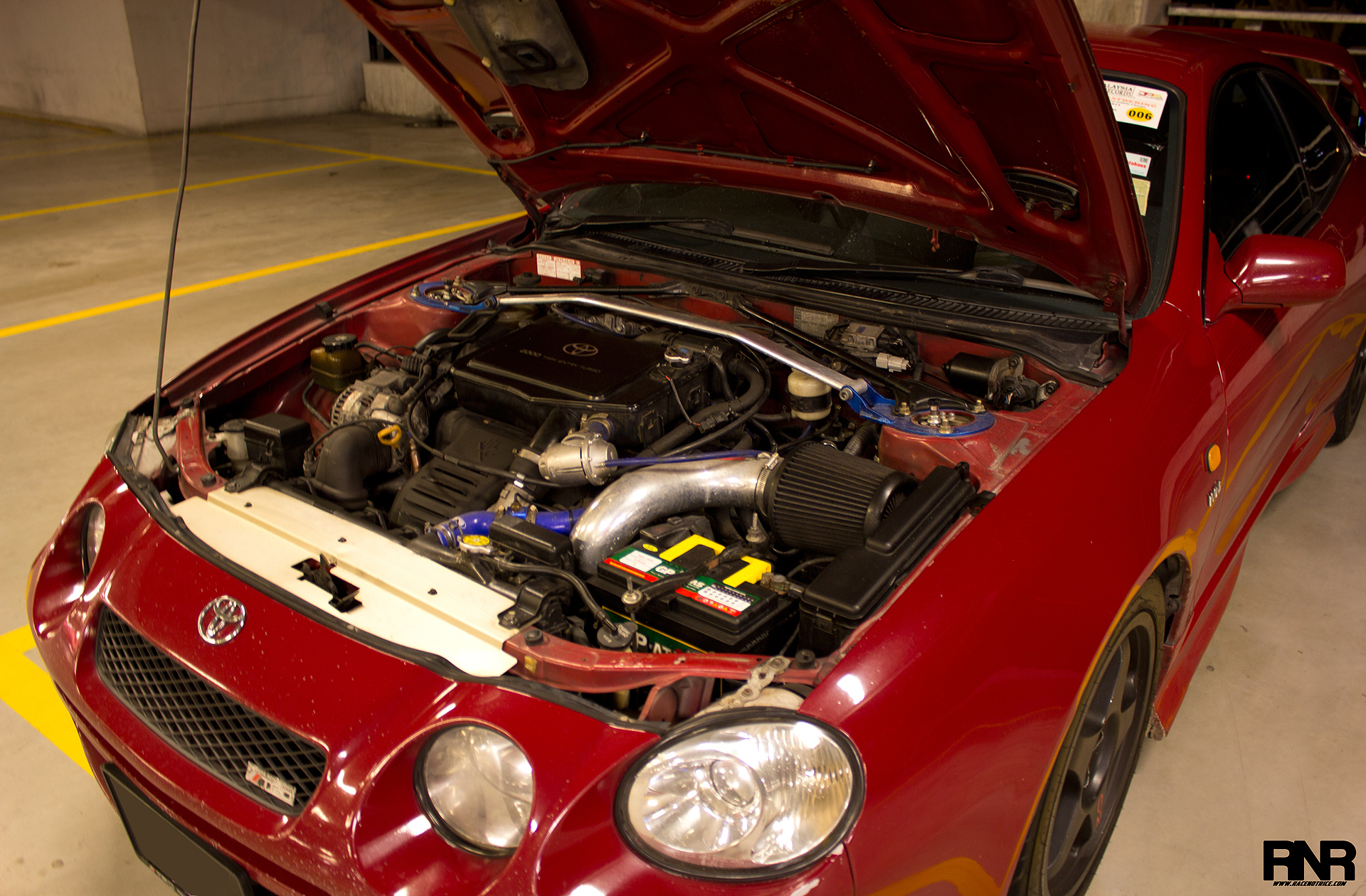 It originally came with the 126hp 3S-FE engine, as you can see here it’s been replaced in favour of the more powerful big brother 3SGTE taken from the GT-Four, transplanted by Kegani Racing. 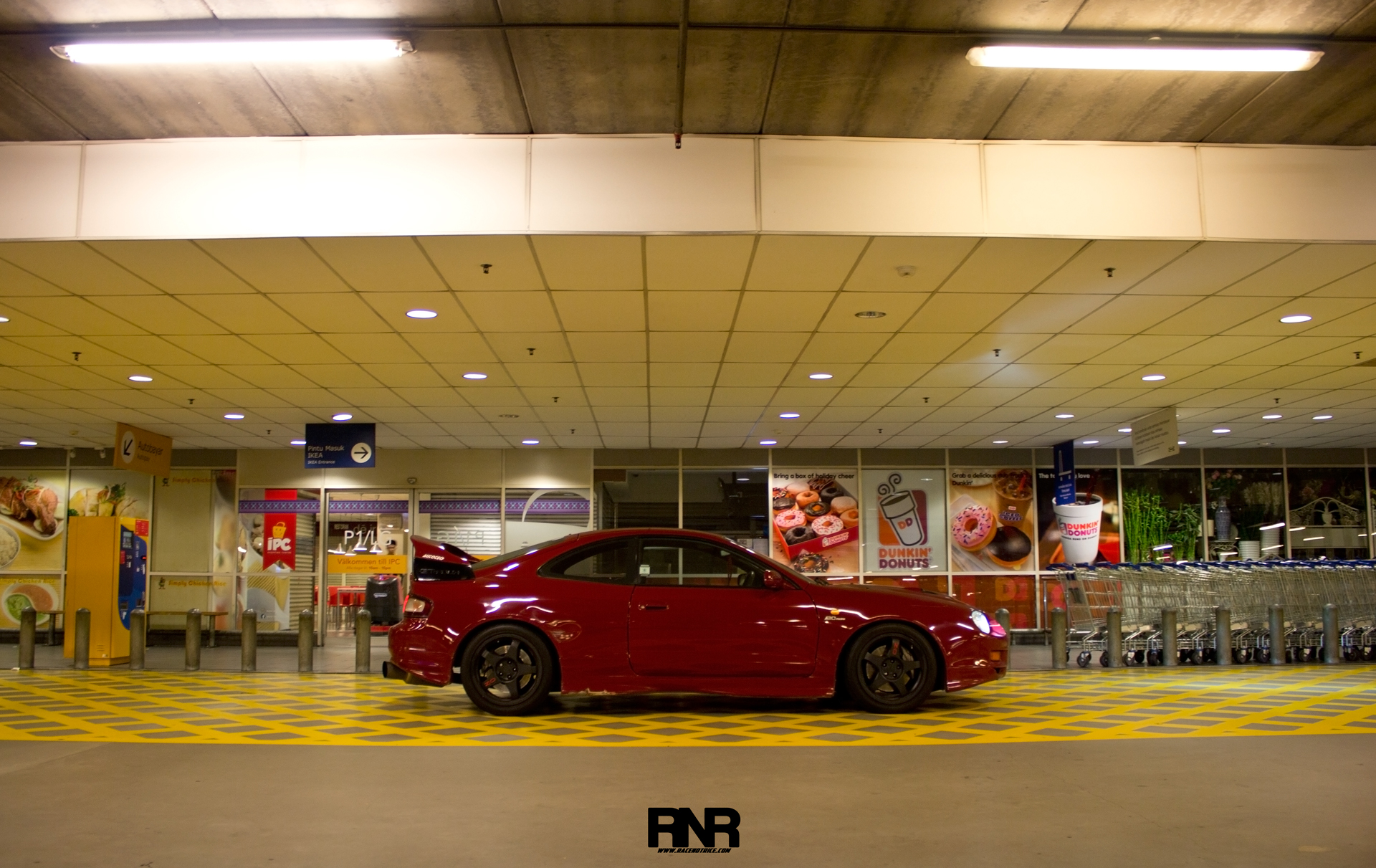 It looks like a GT-Four inside and out, but without the rear axle it’s not a GT-Four. Not to worry though, the super strut is still there to help with the handling. Toyota designed this system to dominate the rally stages back in the day, super strut works in such a way that it maintains full tyre patch-to-road contact whilst turning, meaning the camber and toe doesn’t change much if at all. This significantly increases grip but it sacrifices turning radius and everything is under tremendous stress so all the suspension components need to be carefully looked after. 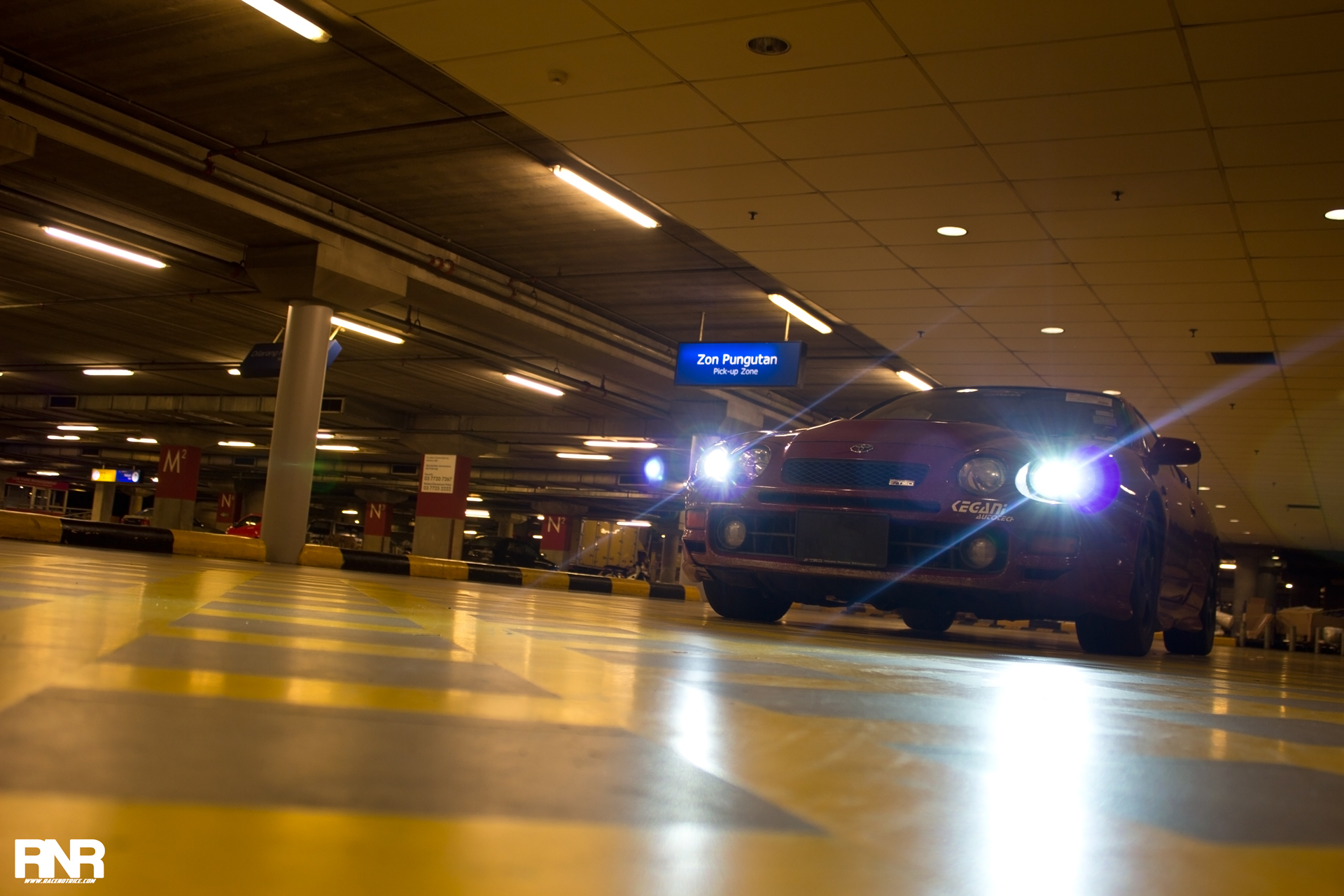 Performance wise, Saif claimed its ‘stock’. Every car owner says the same old thing but we all know there ain’t such a thing as a car enthusiasts car being stock. The CT20b turbo has been bored and polished to 52mm from 48mm, compressor wheel upgraded to 20G. A HKS SSQV BOV for more ‘choo-choo’, and the result? Boosting happily up to 1.7bar (25psi). 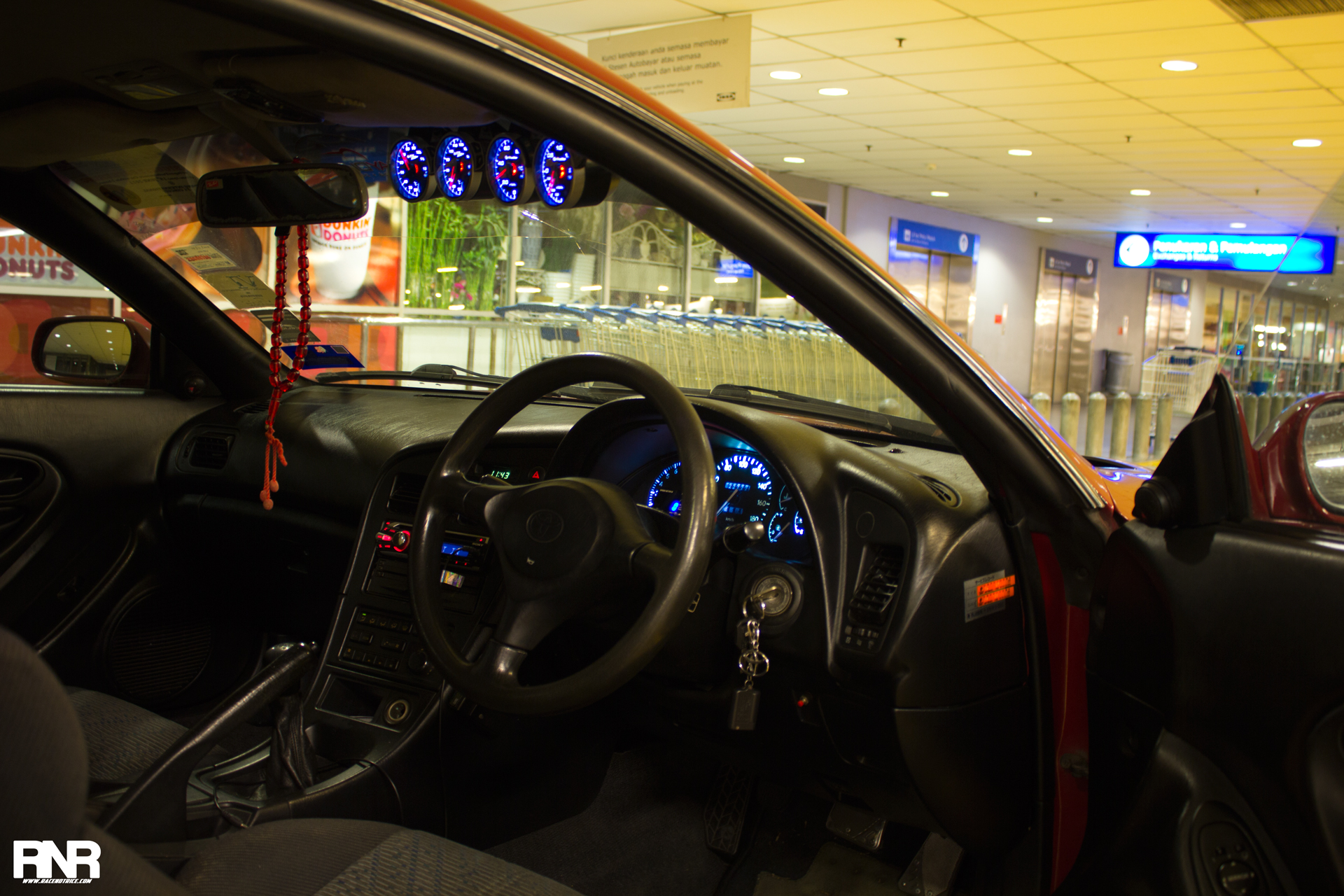 The setup is fitted with a full 3 inch custom downpipe, joined by a Blitz Nur Spec Muffler so the upgraded turbo can flow better. It has not been put on a dyno since the upgrade but Saif expects a healthy 260whp. He also said he wants to learn to tune it by himself so we should see more horsepowers soon? I was with Saif the other day when we attacked Ulu Yam and it misfired halfway causing it to stall. He also agreed that it needs to be retuned as the tuned map wasn’t ideal. Interestingly, he sorted out the sneezing engine with a flick of a switch effectively selecting the OEM map and the car went back to normal. 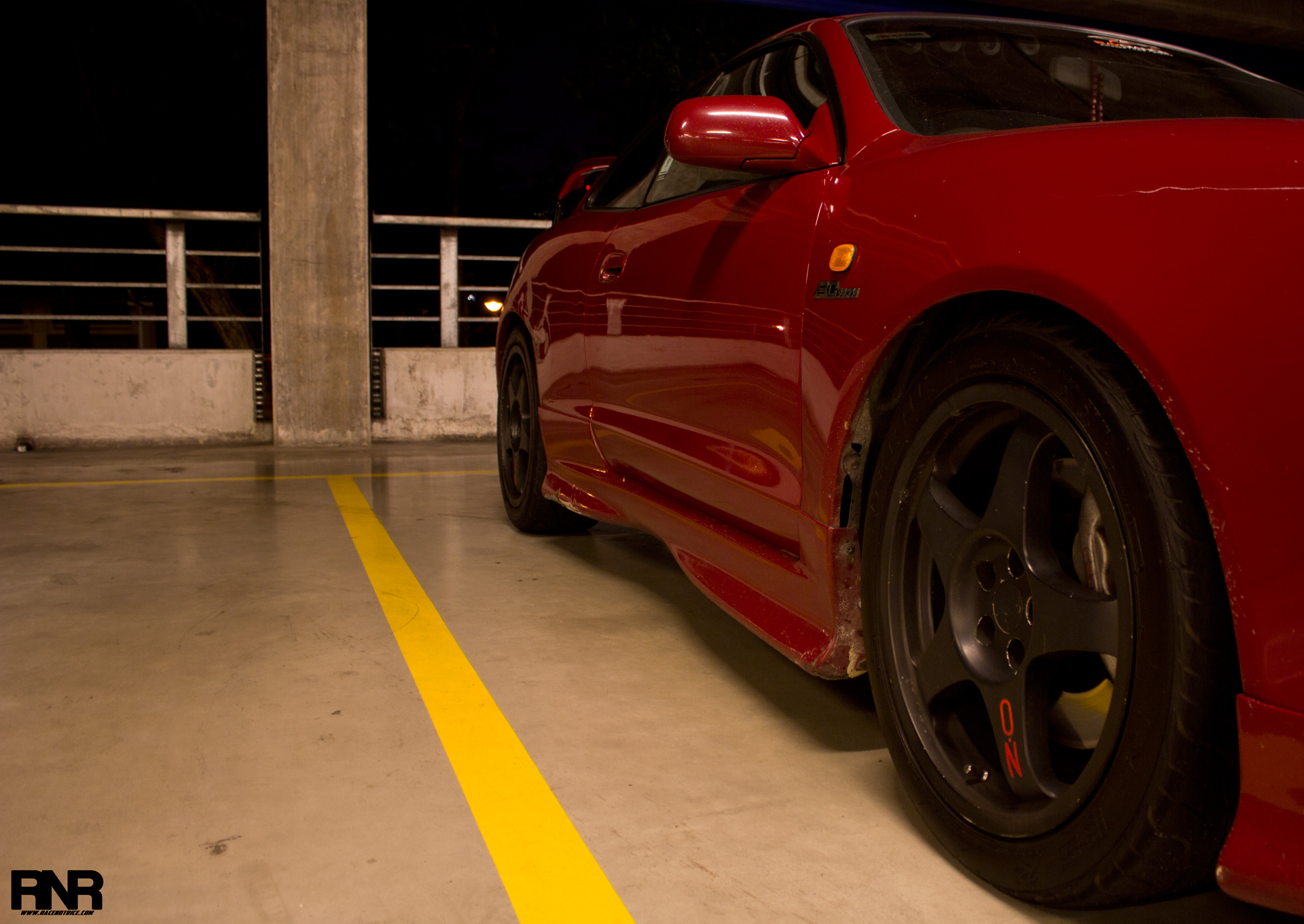 Sitting on a set of gorgeous black OZ Chrono 17”s wrapped in Federal RSRs in the front and NS2Rs at the rear, undoubtedly this Celica can corner hard and fast even without mentioning the BC Racing Type BR coilovers. As a standard transplant from the halfcut, the GT-Four 4 pot brake calipers and 2 pot rear calipers are paired with Endless SSS 500c pads, allowing the almost-GT-four to stop easily at its weekly touge sessions. 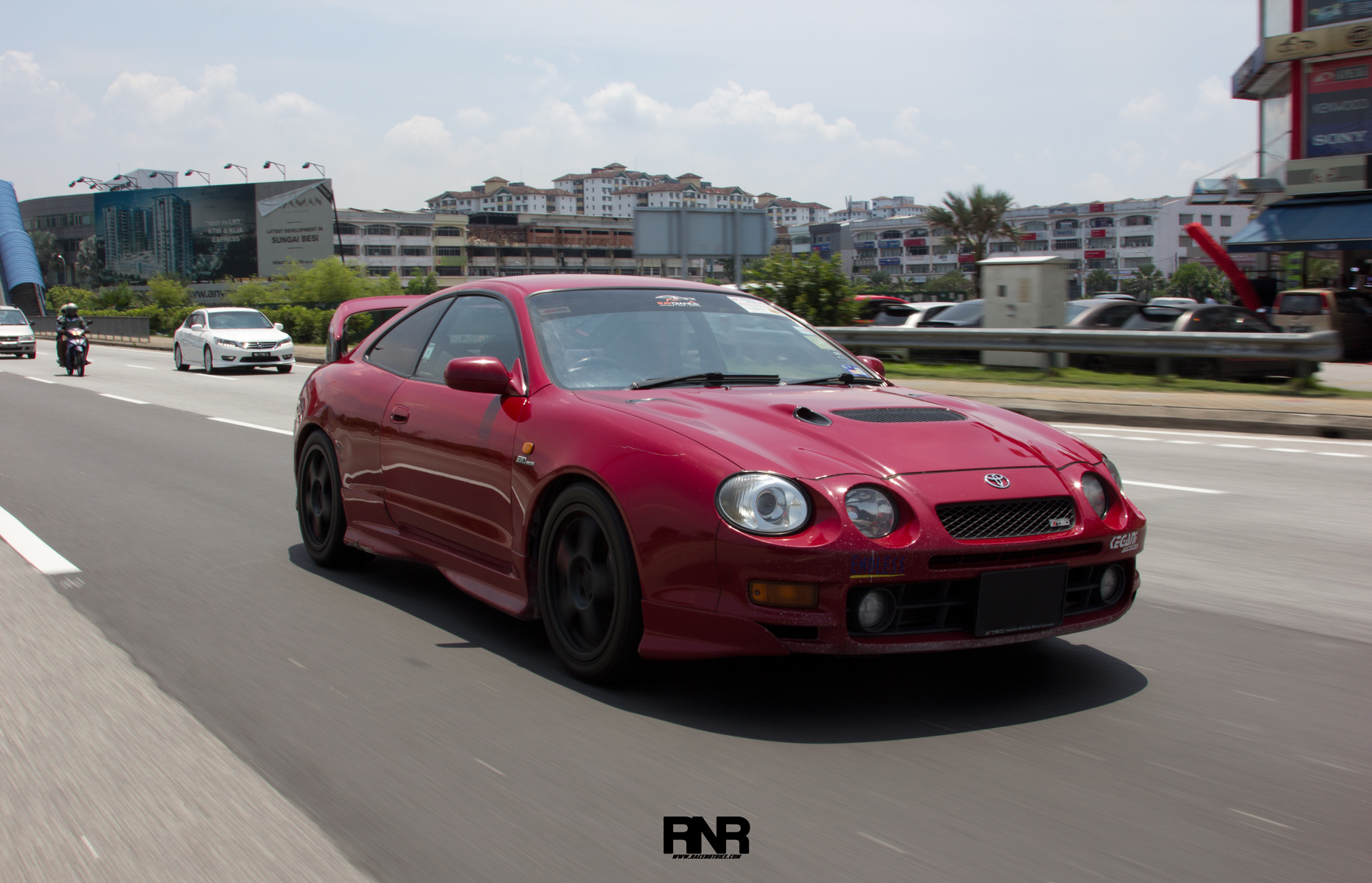 Saif kept apologizing about the condition of his car, I kept assuring him that it was nothing to worry about because it’s living up to its rally heritage! Stone chips everywhere including the windscreen from touge sessions, one bad dent on the quarter panel due to a hit and run and some scratches on the right fender caused by some irresponsible disrespectful nincompoop who’s probably jealous of the car. 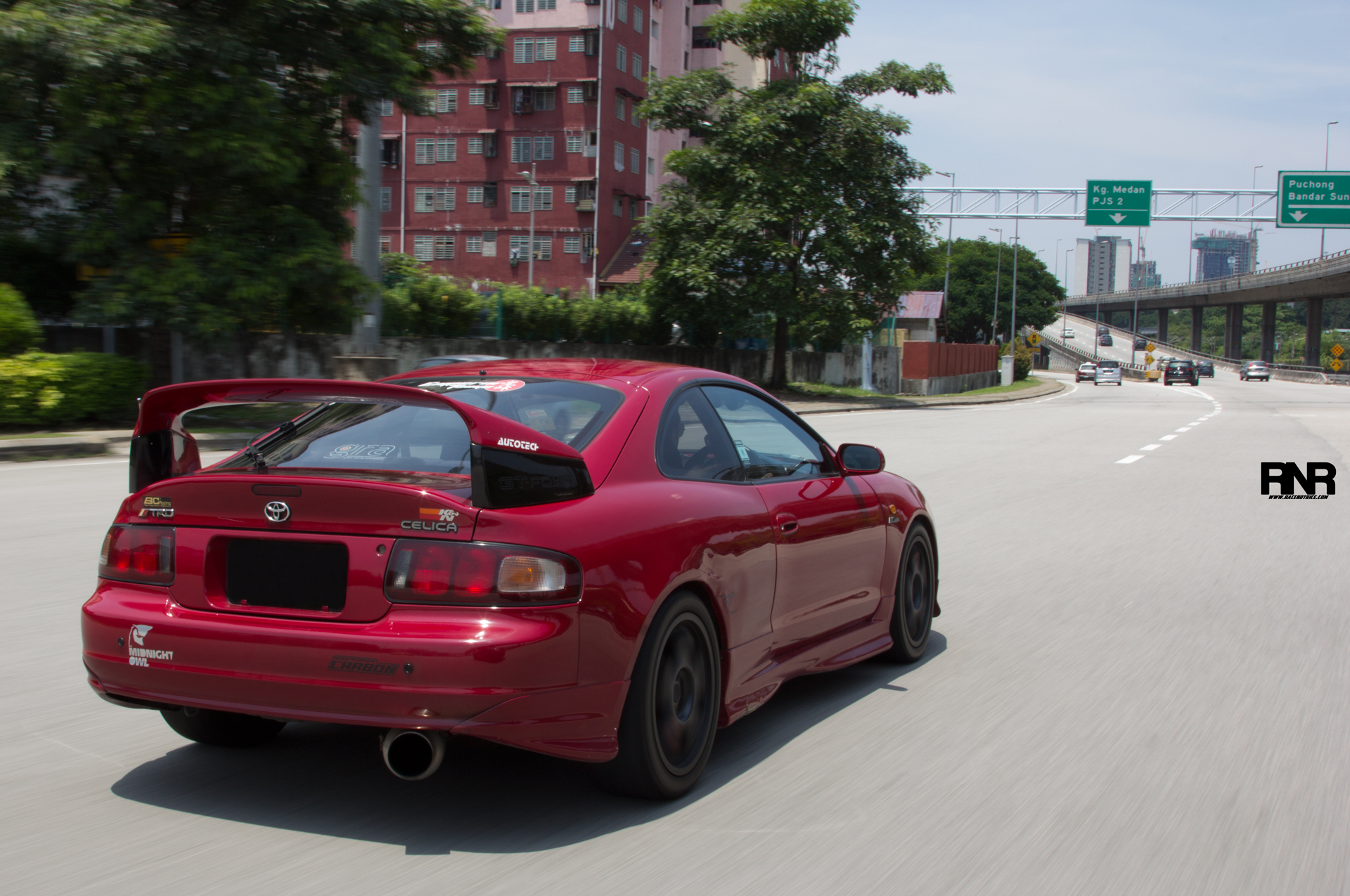 Sadly, he is contemplating to sell the car because he wants to focus on his daily drive, a X90 Chaser. Another rarity in Malaysia! We are appreciative that Saif agreed when we suggested to reshoot his car because (fun fact) his Celica is the first car we ever shot and the initial pictures didn’t do the Celica justice.