Modern art on a Nissan powered by Toyota 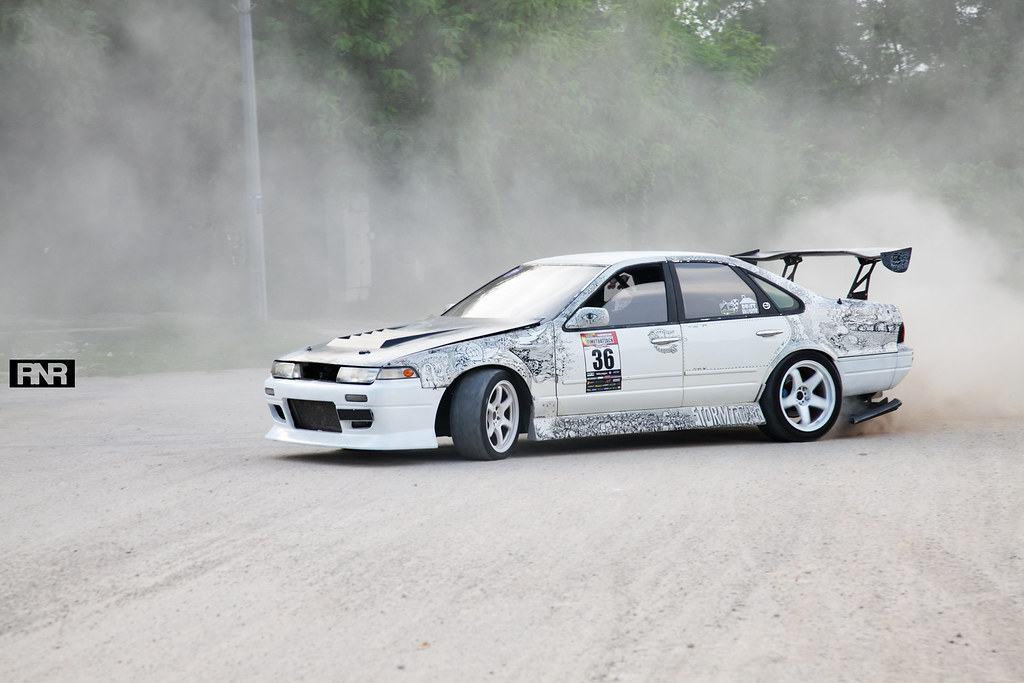 A car is only as good as its 'heart'. Manufacturers tend to underestimate their own cars, over engineered chassis designs with weak hearts. Just like the RX8, MX5 and this Cefiro. Not the A32 or A33, but the A31 rear wheel drive Cefiro. I’m a 4-door saloon car type of guy and I think a long wheelbase, RWD (rear wheel drive) and a straight six heart makes an excellent sliding machine! 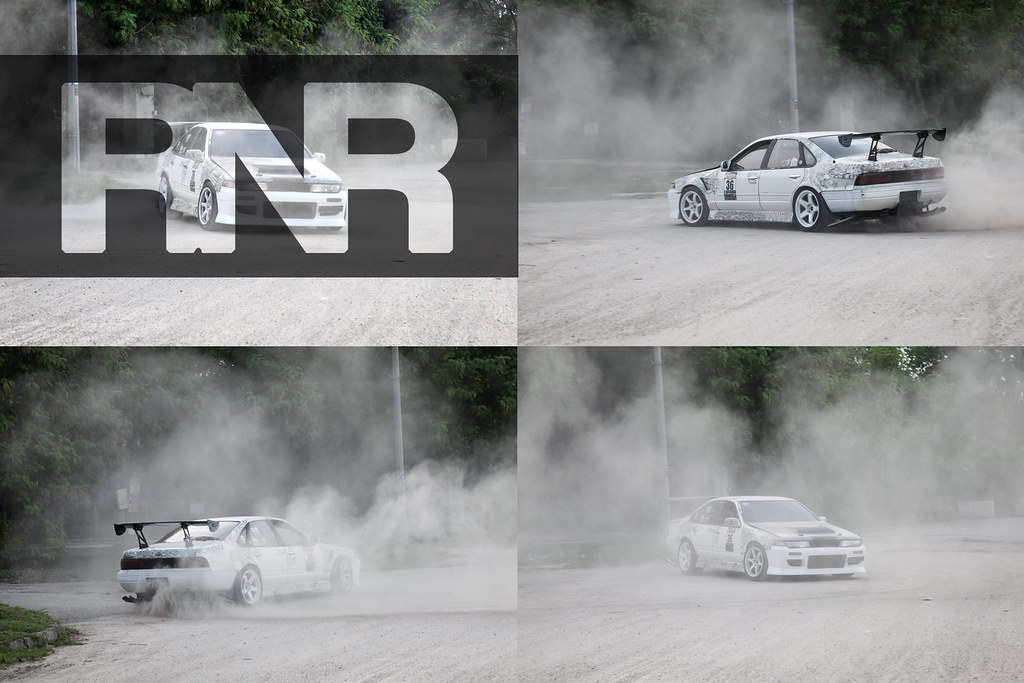 Normally every other weekend I'd have my regular touge sessions with friends but that one particular weekend I couldn’t join. When I woke the next morning, videos of this odd RWD monster chewing the tail off a 500hp Evo was all over Facebook. Our touge routes are normally pretty demanding and require plenty of power and traction, but this venerable 300hp RWD Cefiro was keeping the pace without even breaking a sweat. 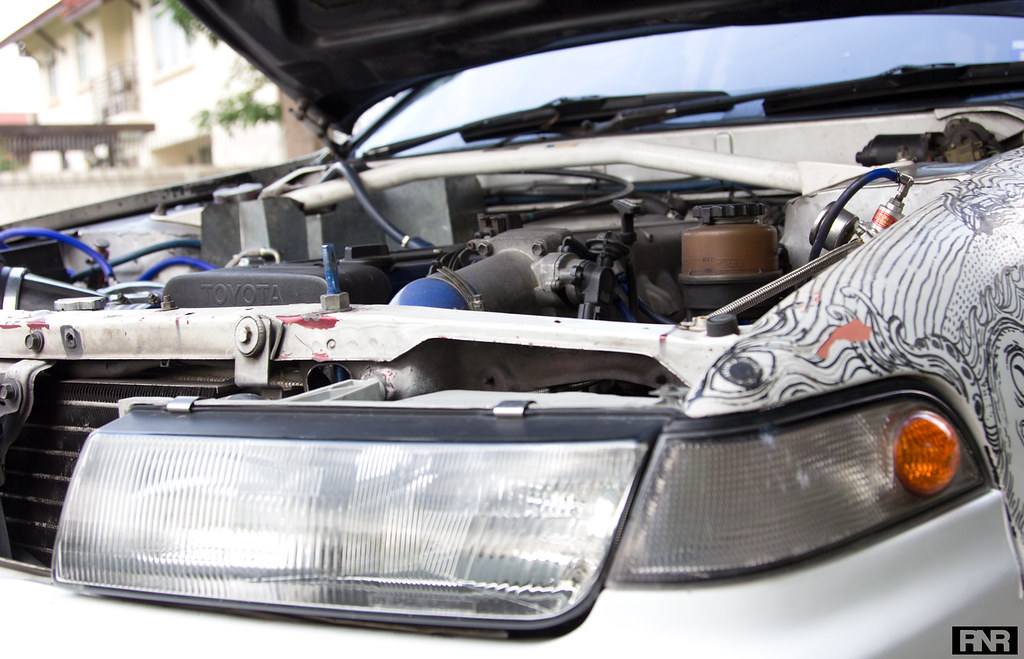 Park (the owner) wanted an affordable performance car after fiddling with a RB20 Volvo 240 for a few years (his first car) then a 4G93 Proton Waja with handling mods. He later then picked up this Nissan Cefiro with an already swapped 1JZ-GTE inside. With the car market as it is now, A31s with RB20s sell for RM15k to 20k in Malayisia, some with RB25 or 1JZ swaps. Considering their potential for power and aftermarket support, it’s definitely worth the money regardless of engine choice however Park told us it was cheaper to squeeze power from the infamous JZ engines than the RBs hence his choice for a Toyota in this massive boat of a Nissan Cefiro. 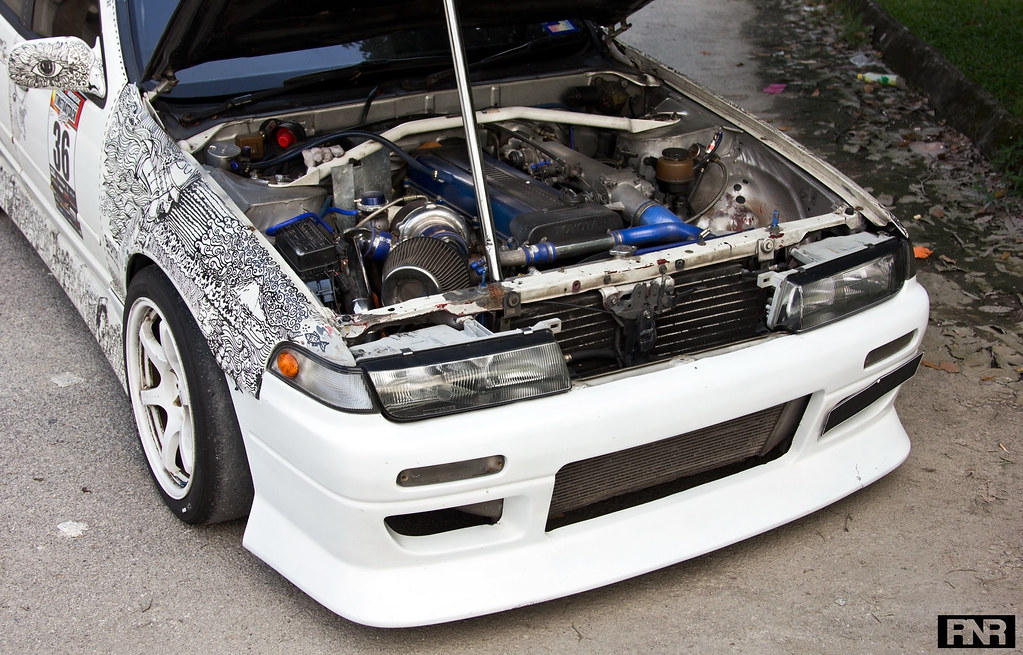 This engine has been packed to the hilt with aftermarket mods, the norm for any car enthusiast. Regardless of what they tell you, no true car enthusiasts will ever leave their car stock. 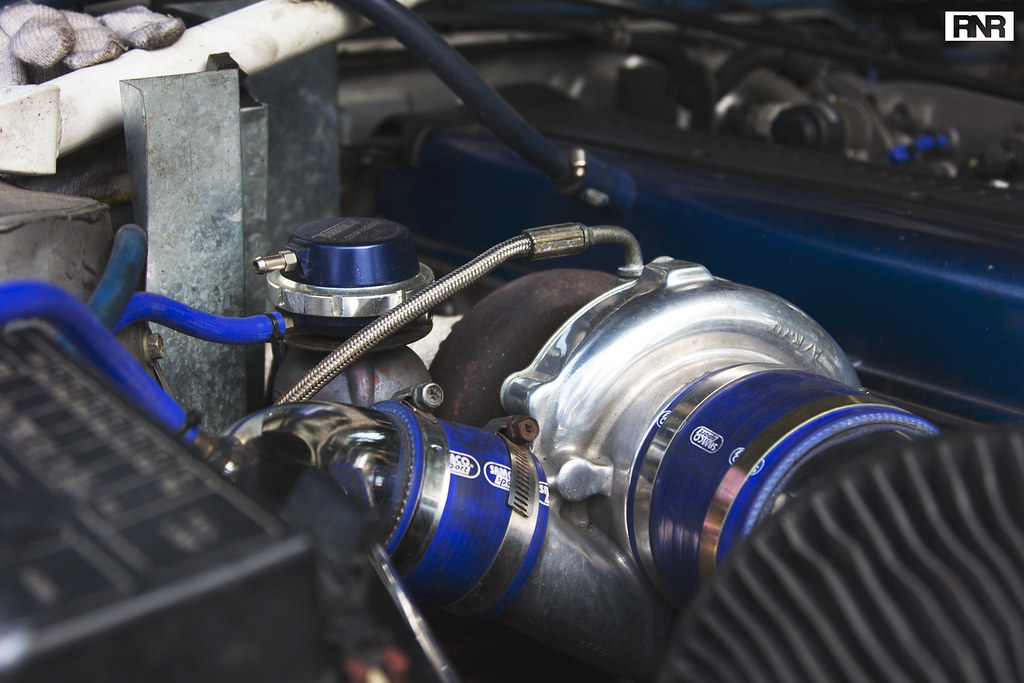 A T034S turbo by Garrett, air dumped with a 45mm Turbosmart wastegate and blown out with a Greddy Type R BOV provide the orgasmic straight six noise. A custom made in Thailand exhaust manifold, intercooler and pipings. The Thais are pretty notorious in Asia for making awesome performance parts for Japanese cars as their JDM scene is extremely active. 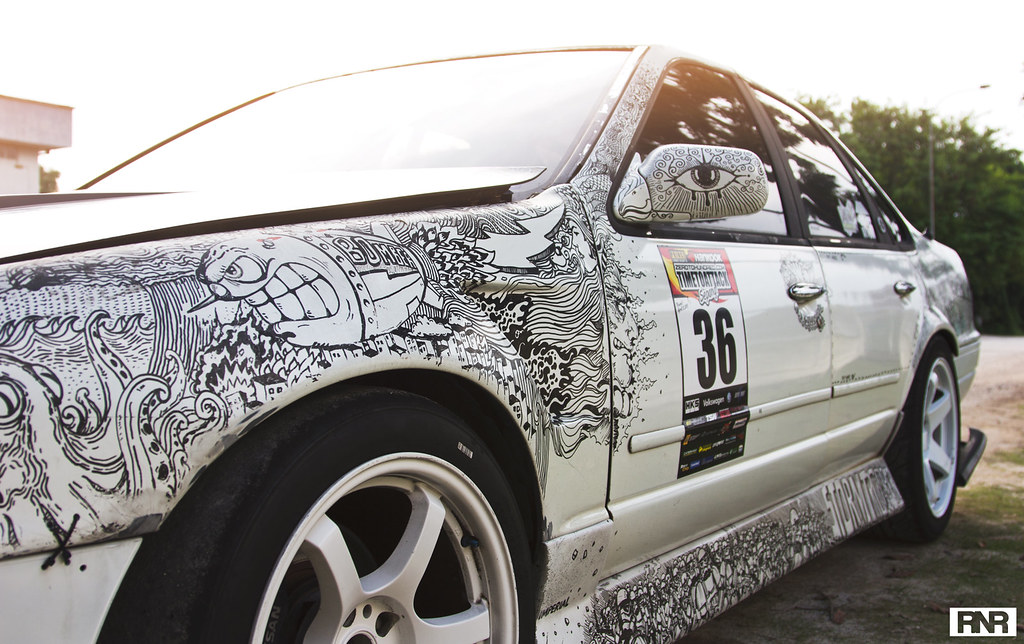 As a frequent track racer, Park looks after his car mechanically. A massive intercooler and a aluminum Synergy radiator keep all the necessary bits and pieces cool. Massive hood vents, el-cheapo DIY lifted hood bracket spacers help keep the engine bay temperature down, the turbo will definitely appreciate any cooling mods done to keep the ambient engine bay temp down. 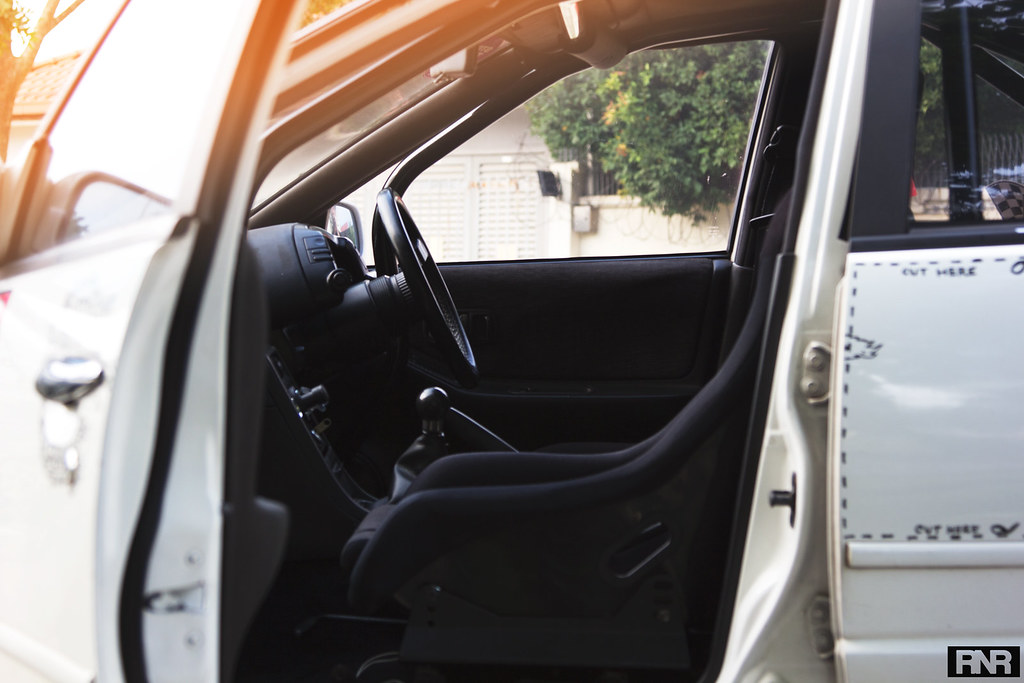 I have always wondered how Toyota maintains its reliability edge over other manufacturers. The R154 transmission and the 1JZ block are so well made, they both can take a massive upgrade in terms of power with stock internals. Up to 500whp or more! Apart from LS engine swaps, it's no wonder JZ engines are usually the common choice for big power builds all over the world. The 2492cc engine is very well received in Malaysia because of its engine capacity. Malaysia’s road tax structure is determined by the size of your engine, so you don’t see many middle-income folks driving big V8s. The tax on a 2.5L is just below RM$1000, however a 3.0L will set you back RM$2000! Owning a Dodge Viper in Malaysia would mean buying a new small car every time the tax is due - cash! Not for the faint hearted!

The interior for this A31 is pretty racey for a street car. The dash is replaced with a R32 Skyline’s dash. A bolt on roll cage just for precautions on this pre-90s pillars plus some chassis rigidity for the much needed precise body control. 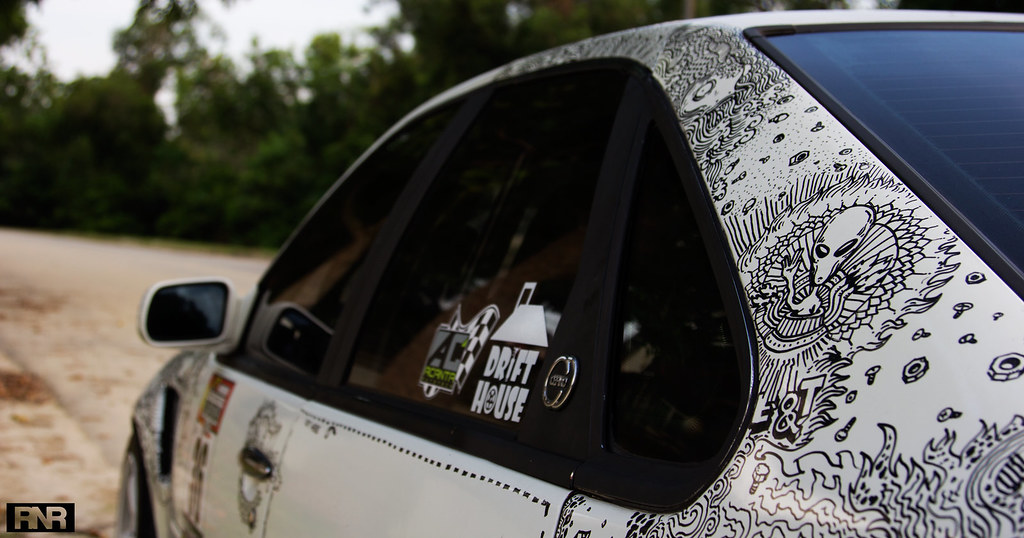 The other reason why we featured this particular car is the artwork. The artist himself is not Park but his good friend Dave Liew, a graphic designer by day and a Sharpie car artist by night! 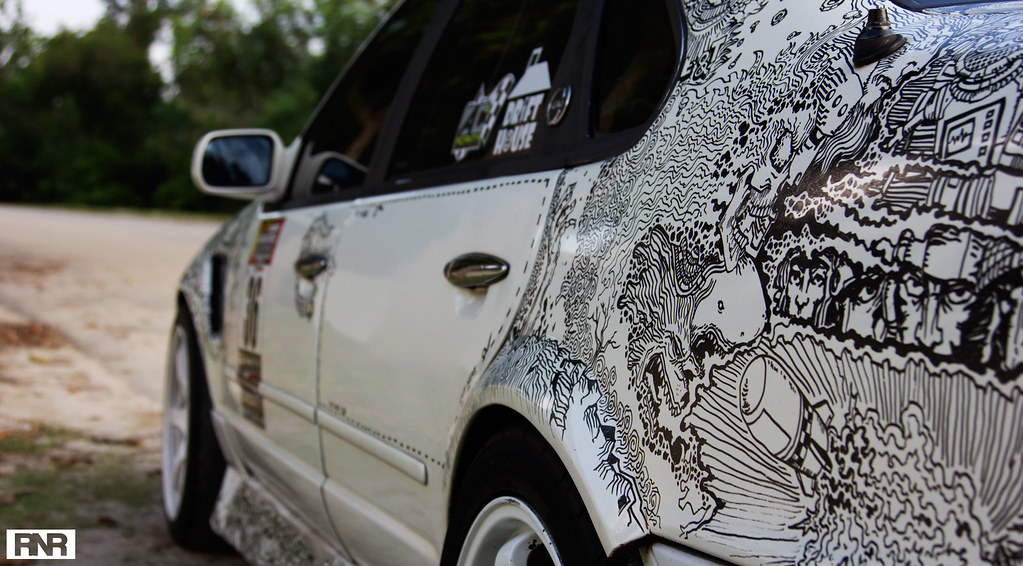 Park described Dave to be extremely addicted to drawing. He drew on Parks car only breaking for nature calls, thirst quenching and smoking, he did little else. He took a total of 4 hours per day over a span of 13 nights to complete his incomplete masterpiece! I have to applaud his patience because the Cefiro is not a small car. 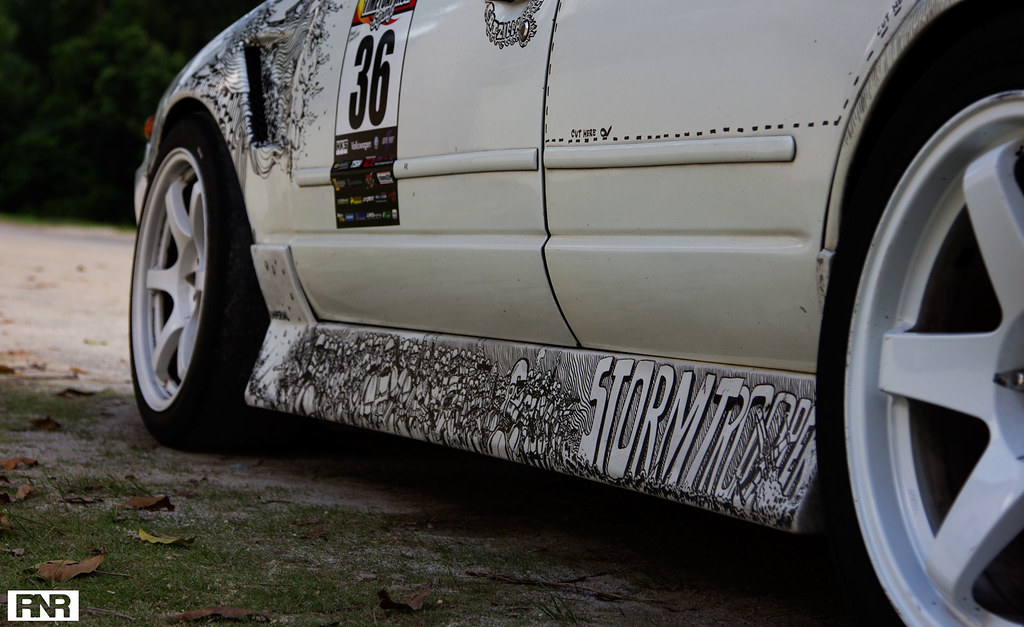 The graffiti pieces have small unique details, like a side skirts full of stormtroopers. 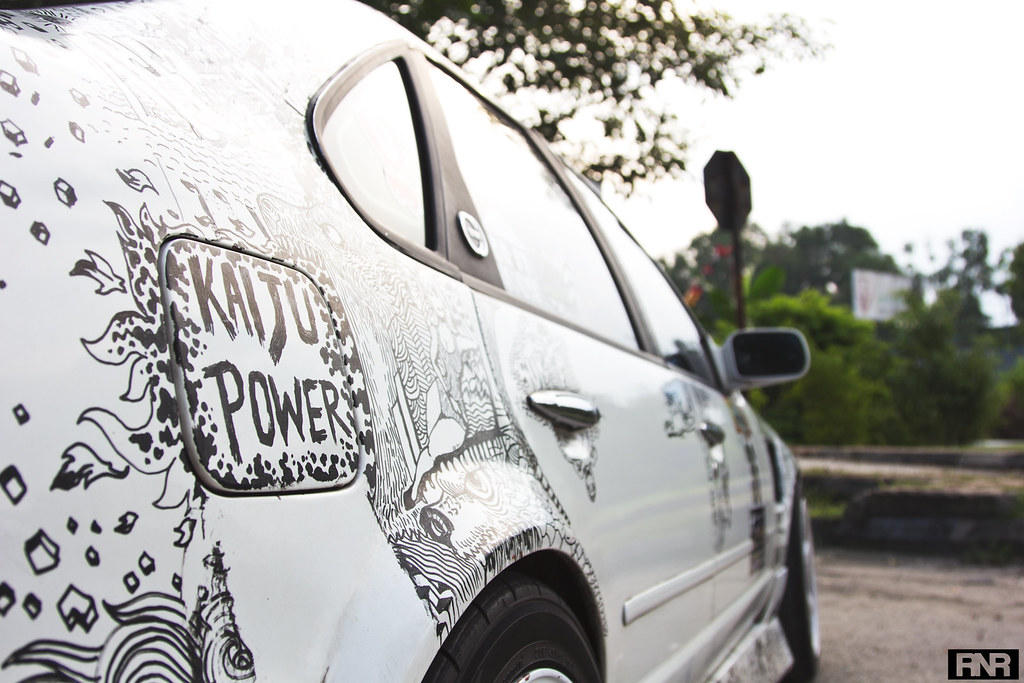 In the next few months Park is planning to give the Cefiro a new coat of paint, meaning we will be seeing a new art piece later! 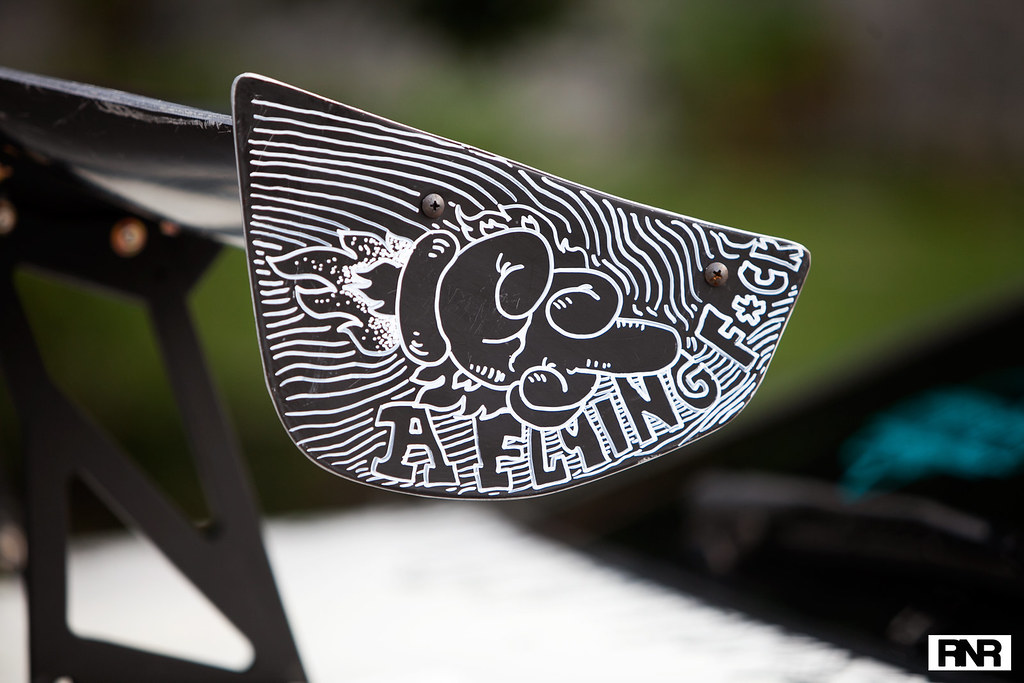 We would like to thank Park for being the friendly chap he is hence making this shoot a very enjoyable one. We wish him good luck for his future races! *I hope he gives us a flying f*ck!* 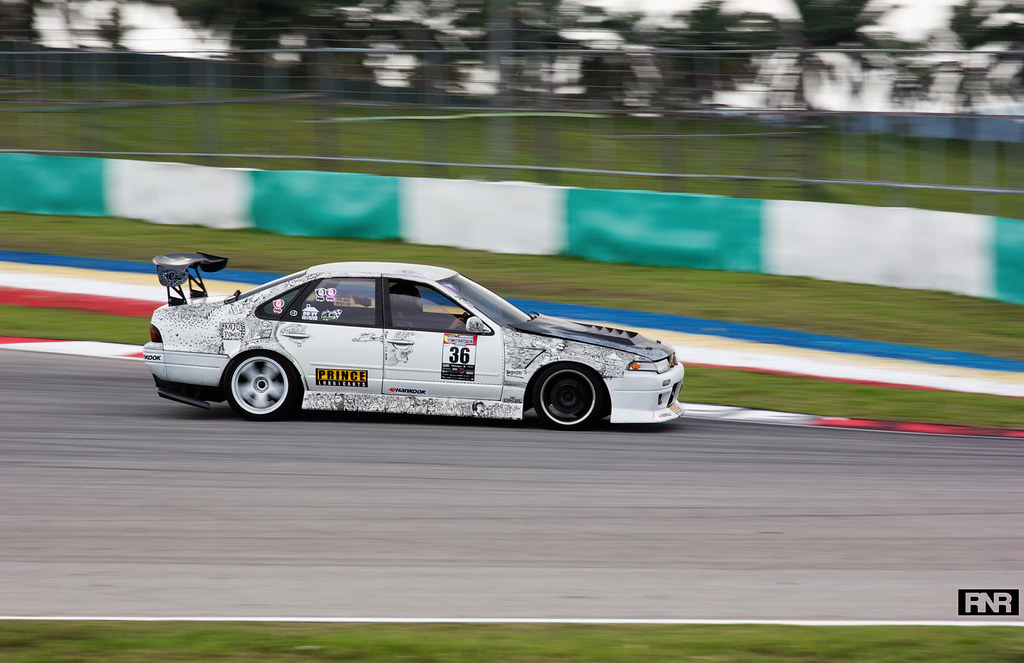 Its worth mentioning that this Cefiro is not a drift machine but is instead a track day car. Park was very active during the last 3 TimeToAttacks at the Sepang International Circuit organized by ZeroToHundred clocking very respectable times with this naturally tail happy car. On his first outing, he clinched third with 2:42 and went on to be number 2 on his second round with 2:39:692. On his third round under the Street Turbo 2WD category earlier this year, he finally achieved his personal best of 2:39:291.


Listen to the song of my people! The Straight Six.